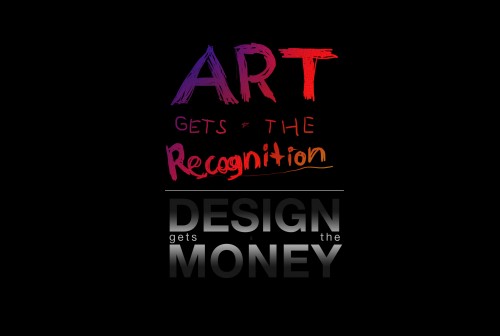 This drawing was inspired by the old phrase “Pioneers get the arrows, settlers get the land” which is mainly used to describe early adopters, who are the first ones to try something new, thus paving the way for others to follow, but ultimately getting “hurt” along the way. (Either by paying too much, or failing at something, or whatever.)

Over the years I’ve probably given up a bit on that belief, and I certainly know that there are blurry bits in-between and things cross over into both domains… Still, it’s something I’ve never really gotten a handle on as far as being able to fully articulate it.

I’ve never really discussed this idea with others, but would love to hear what others think about art, design and how they relate (or don’t relate) to each other…