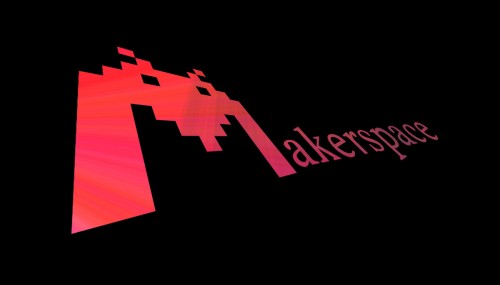 I often talk about the “2XL Makerspace” I have in my basement, which has a workshop, many tools, a soldering station, a photo studio, a craft table, and various other junk, it’s mainly a joke… I mean, the kids and I do make things down there, but it’s not any sort of official makerspace that is open to the public.

I had the idea that it would be fun to come up with a logo though, and decided to use a Space Invader in it. I took the classic Space Invader alien and modified it to contain the letter M, and then distorted the perspective a bit.

If it were a sign, I’d put some BlinkMs in it to pulsate through the color spectrum.

If you’ve got a real makerspace, feel free to use this idea… and if you do, let me know!