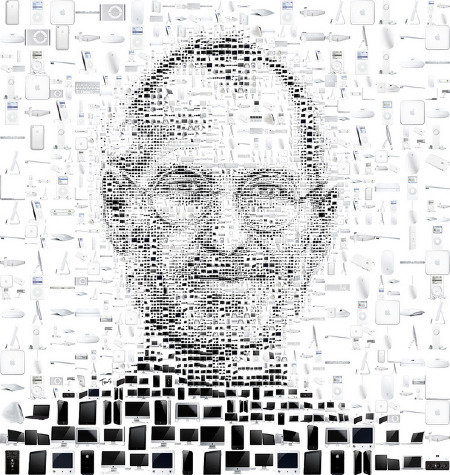 I can’t imagine a world without the innovation Steve Jobs brought to it.

The first Apple product I used was an Apple ][+, which was purchased by my brother (also named Steve) in 1980 (or perhaps 1979, and probably with a little bit of help from our parents.) I fell in love with it. I wrote BASIC programs, and I saved them to cassette tapes, and I created LORES and HIRES graphics, and eventually we got a mouse for it, and I used MousePaint to do some pretty awesome mid-1980s computer graphics.

When I was in college, I got my first Mac, an Apple Macintosh IIvx, and I used the hell out of it. I designed things, did page layouts, created graphics, edited photos, and learned all the tricks of the operating system. Like my brother, instead of buying a car, or taking a trip, I got a computer… and all of that was probably more influential to my career path and what I do today than anything else.

I fell in love with computers and technology because of Steve Jobs, and I would not be what I am today without his contributions to the world.

Thanks Steve, you will be missed by many.