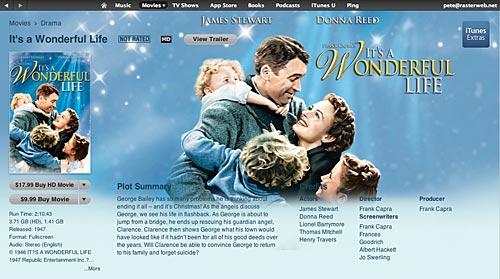 2 replies on “Static in the Video Age”

Weirdly, It’s a Wonderful Life was considered to be in the public domain from 1974 to 1993, and then was put back under copyright, because it’s a “derivative work” of elements that are still under copyright. See:
http://en.wikipedia.org/wiki/It%27s_a_Wonderful_Life#Release

Interestingly enough, I had thought that it fell out of copyright, and the first place I looked was Archive.org. Not finding it there I assumed I was wrong about the copyright thing, but I ended up checking Wikipedia as well, but didn’t have time to read through all the details…