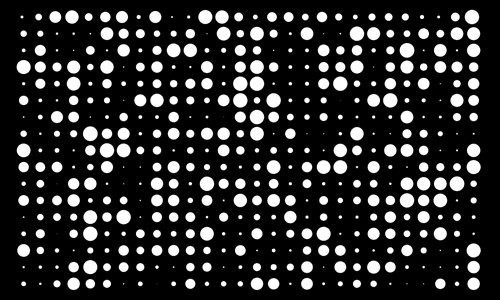 In almost all programming languages there’s a function to generate a random number. The random number can then be used to choose a random word, color, shape, etc. In art things are often random, but in specific ways. When drawing, can you really make your hand “randomly” create a line? Isn’t your subconscious always having some effect on the outcome? Short of feeding electric pulses to your muscles to make your arm movements “truly” random, I’m not convinced. (And no, I’m not ready to send live current to my own arms!)

This idea of introducing randomness to the creation of art is something I’ve been doing for a while now. I didn’t really think about it too much, but now I am. 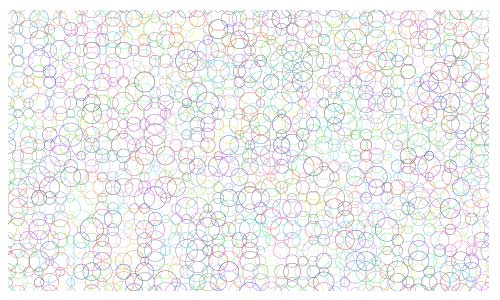 The Drawbot I built in 2011 brings this idea of randomness into its operation. The patterns I programmed into it had certain criteria (turn left, go forward, turn left, go backward) but the randomness is in the amount of movement. I like this because even though a device that’s mechanical and electronic should be able to repeat the same thing over and over again (and is sometimes expected to) this doesn’t. It’s also assembled with parts that are nowhere near precision in their movement, which adds more randomness to it all.

The Arc-O-Matic follows a similar concept. The current programming forces it to stick to a preset path (drawing arcs) with no randomness introduced into the code, but again, because of the lack of precision parts swinging around an arm with a pen on it, even when it tries to draw the exact same path, there are variations that cause them to be different each time. 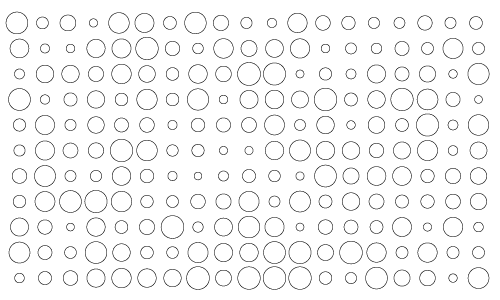 Besides the art robots that typically just draw an image, I’ve been experimenting with introducing randomness into the generation of other art, which is starting digital, and will eventually be part of the analog world. I’ve also got a few ideas for interactive digital pieces that will rely on input from the physical world, but still inject randomness into them.

So yeah, that’s sort of what I’ve been working on lately. I should have more to show and talk about in a month or so.

Love the ideas of random art. Just whipped this up…

More of a random color picker, but thinking about evolving it for shapes too…

Keep it going Jake! I did something with square animated GIFs in a grid many years ago. The user could choose the grid size and spacing. I called it “wozzles” and it may still be around here somewhere…