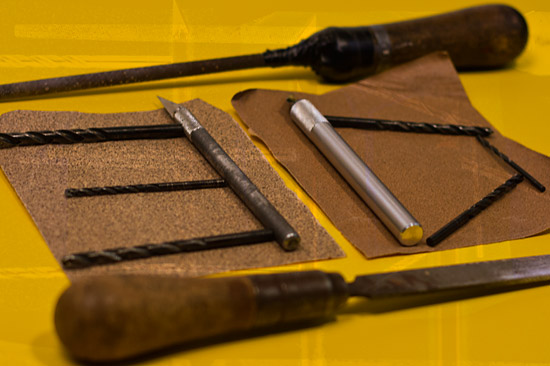 So you’ve got a 3D Printer on your Xmas list, or somehow you’ve convinced your company that they need to get one before the end of 2012 because it’s a tool you’ll definitely need in 2013. (And yeah, it probably is!)

So the big question is… what else do you need?

You may not need any of these things, but these are the things I’ve found useful to have around during the past year of 3D printing. Now, keep in mind, I make a lot of functional parts. Some people just make pretty things, and the amount of extra stuff you need for “pretty” things versus “functional” things may vary. (And yes, I focused mainly on tools/items you need for prints, not the actual printer.)

Drill, Drill Bits, Drill Press
I often make parts with holes, or need to make holes in parts. Sometimes you’ll print a part with a hole that needs something inserted into it, either a bolt, or a rod, or a dowel, or screw, or something else round. Running a drill bit through the hole can help smooth things out and get the hole the right size. Sometimes you don’t even need a drill, but just the bit with a pair of pliers, or a vise-grip, or even a vise. Running the bit back and forth (without it turning) can clean up those edges in a hole.

On occasion I need to make the holes after I print something. In this case the drill press often comes in very handy. Sometimes you don’t know you need the holes, or you want more precise (or smaller) holes than you can get from printing. There’s no shame in drilling holes in a piece you printed. It’s just another tool in the process of making.

There’s also reamers and tappers, but I don’t use those, don’t have those, and won’t get into those.

Files, Sandpaper, X-ACTO Knives (and blades!)
Sometimes part just don’t fit right, or sometimes it’s better to make something a little too large and take of the extra. A set of files (flat and rounded) can do the job. The round ones can also come in handy like the drill bits mentioned above. Sandpaper also has its uses, though any of the abrasive tools will leave the surface looking a bit ugly. Ugly is in the eye of the beholder of course, and if it’s a part you don’t see, it probably doesn’t matter. As for the X-ACTO knife (and blades) they can be used to cut away edges, excess plastic, support material, etc. A good knife always comes in useful. I’ve also used a pair of diagonal cutters on occasion. A bit less precise than an X-ACTO knife, but sometimes it’s the right tool.

Acetone and/or Glue
Sometimes you just gotta stick one part to another part. I’ve heard people mention JB Weld, or Super Glue, but for sticking one piece of ABS plastic to another, I just use acetone. It’s messy, stinky, and tricky to work with, but it does a heck of a job. (For PLA I supposed I’d go with Super Glue, YMMV.)

Rubber Bands, Zip Ties, Tape
The rubber bands are often used in conjunction with the acetone, to hold parts together until dry. There are of course other uses for rubber bands. As for zip ties, if you built a Prusa, you’ve already got a bunch of them! Sometimes they’re the right tool for holding things together… and sometimes it’s tape. I prefer gaff tape myself, but masking tape can come in pretty handy.

What Else!?
I’m sure there’s plenty of other bits and pieces and tools and whatnot that I’ve forgotten (a Dremel tool perhaps?) but I figured this was a good list to get started.

Add thread-cutters for metric (and optional for the most common imperial e.g. 1/4″-UNC camera) threads.

I’ve never used a thread cutter… how are you using them?

Ah yes, tweezers! I use a pair of tweezer clamps with handles (they look like scissors) I got from a hospital visit.

Nice article! It’s very informative and will definitely help out anyone who is considering purchasing or already have a 3D printer. The idea of 3D printing is very exciting and the possibilities are so vast!