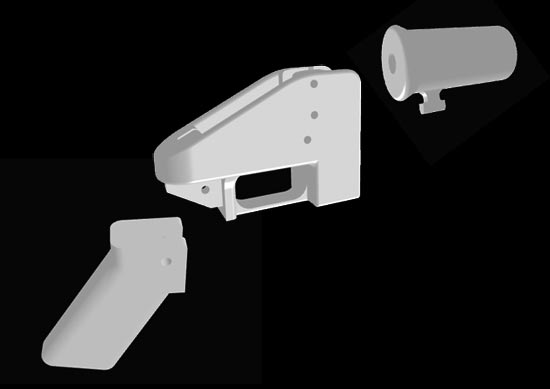 Yes, yes, we now have 3D printed guns, and our world has changed because of it, right? Right.

Andy Greenburg at Forbes has been leading the pack on the story of Cody Wilson and Defense Distributed and their attempt (and success?) at 3D printing a gun. And OH NOES! Now other people are printing guns! And some of them are even improving them, but this should be no surprise. Hackers and makers see something that needs improving, and they improve it. When I saw the files for the Liberator the first thing I thought was that it needed work. After I talked to someone who is well versed in 3D printing and gunsmithing, they agreed.

I want to toss out this quote from HaveBlue again:

So has our world changed? Yes, I think it has… As I mentioned recently in Your 3D Printed Future, people have created open-source designs for mechanical finger prosthetics. Yeah, that’s pretty amazing. We’re not talking about medical companies charging thousands of dollars for mechanical finger prosthetics, we’re talking about a couple of really awesome people working together on this, and creating something you can 3D print yourself with a sub-$1000 3D printer.

(The joke is that you’ll be able to print out a replacement hand for the one that gets blown off by your 3D printed gun. It’s only half of a joke, because it’s pretty close to being true.)

Now, back to the gun issue. I highly recommend the Hackaday post: The first 3d printed gun has been fired, and I don’t care. Right now the Liberator is little more than a zip gun, which is a simple (single shot) gun that anyone with access to a local hardware store could build. But don’t worry, you’ll be safe:

In late 2000, British police encountered a four shot .22 LR zip gun disguised as a mobile phone, where different keys on the keypad fire different barrels. Because of this discovery, mobile phones are now x-rayed by airport screeners worldwide.

Sigh… more security theater. Just what we need. Do we need regulation on 3D printers? No, just like we don’t need regulation on lathes and mills and hardware stores. So here’s the deal. I have the file for the Liberator, and I’ve held a Liberator, and I’m not a bad person, and I hope to never, ever shoot another person in my life. Why? Because that’s not the type of person I am, and that’s not the kind of world I want to live in.

As for the Liberator, it’s a crappy gun, and if you want a good gun for cheap, there are dozens of ways to get one, both legally, and illegally. And if you want to make one, there are also better ways to go about it than 3D printing one. If the novelty of a cheap, crappy, plastic gun intrigues you, go ahead and print one. Try not to blow your hand off in the process. Guns are dangerous, and even a well made gun can malfunction.

3D printing is all the rage right now, and the media loves hype because it means more attention, more page views, and more dollars. So yeah, go 3D print something, maybe a gun, maybe some mechanical finger prosthetics. Just follow this one simple rule: BE EXCELLENT TO EACH OTHER. 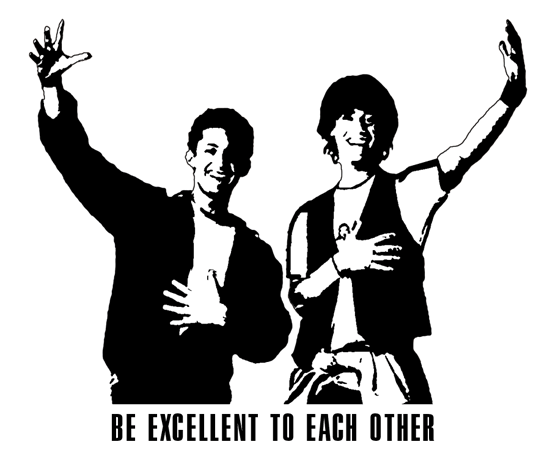 I have nothing else to add – terrific post, Raster.