Occasionally I have a conversation with someone about whether you should shoot JPEG or RAW with a DSLR. I almost always shoot RAW. There’s a time and place for JPEG, but I avoid those times and places when I can.

Here’s a great example of what you can get when shooting RAW. I was walking through our kitchen and saw these mourning doves through the window. Well, through two panes of slightly dirty glass, on an angle, uphill. I fired off a few shots, and this was the best one I got. 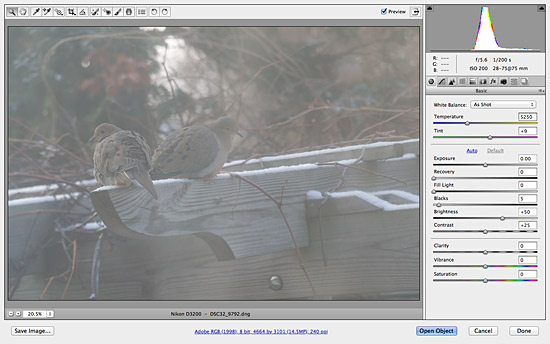 This photo is sort of terrible. I mean, the shot itself is useable, but we need to coax the awesome out of it, which you can do with a RAW image. 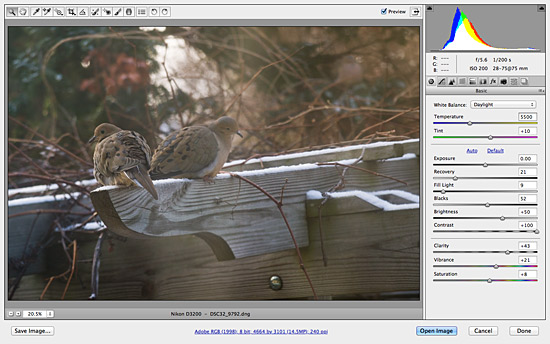 Here’s the results after tweaking the sliders in Photoshop. (You can view it larger on Flickr.)

Shooting RAW is like shooting on film, which is why we say we have to “process” the image. Converting the RAW image is akin to developing film. (And yes, there are alternatives to Photoshop for processing RAW images, it’s just the one I tend to use the most.)