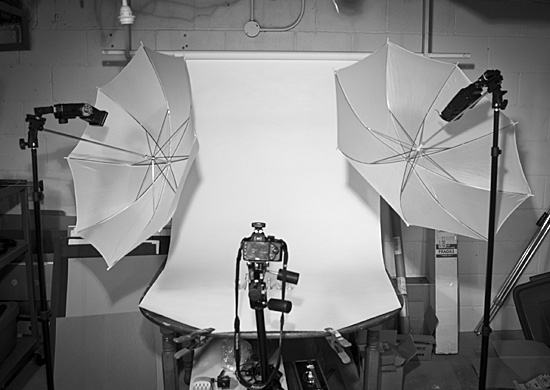 Recently Steve asked about my setup for the photos I take. So I thought I’d show a few behind the scenes shots.

The setup consists of a table with a white sweep. There’s a roll of white paper held up by a few pieces of wood and a length of PVC pipe. This lets me unroll the paper to replace it as it gets dirty and worn out. A few spring clamps hold the paper in place at the edge of the table. 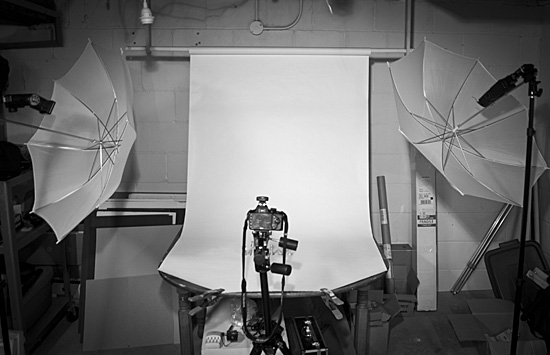 The camera sits on a tripod and there are two light stands with flashes and umbrellas. The flashes are old, and fully manual. One of them does have a dial to adjust the intensity, but the other does not. I end up moving them closer or farther a lot to adjust the light. The stands make it easy to move them around and raise and lower them. (There’s also some sandbags holding them stands steady.) 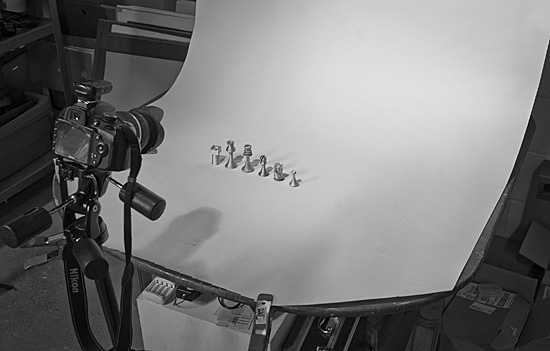 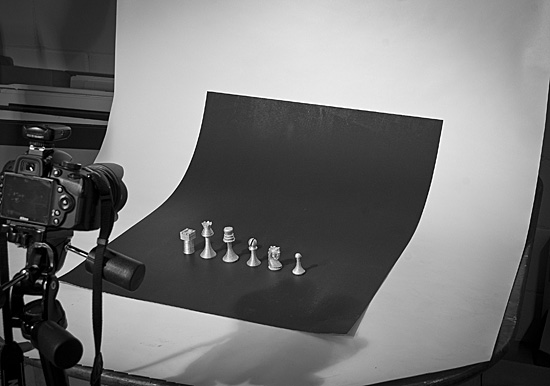 I shoot with a white background most of the time, but if I need black I’ll toss down some black fabric, or more likely, a piece of black posterboard. I’ve also been known to use hot pink posterboard, or yellow, or blue, or whatever I pick up at the dollar store.

I’ve got a few folding reflectors as well, but often I’ll just grab a piece of white foamcore board to use as a reflector. (Cheap foamcore is also available at the dollar store, though I tend to use the better stuff from a real art supply store)

I also shoot RAW images, which gives you a lot of room to adjust things when processing the images. Oh, and right now I’m shooting with a Nikon D3200, and for lenses there’s a Nikon 50mm f/1.8 and a Tamron 28-75mm f/2.8 that tend to get used the most.

That’s the basic setup. Any other questions?