Hey, this post is only four months late! I had these files sitting on my desktop so I thought I should do something with them instead of just deleting them. I’ll explain a little bit about the process of preparing artwork for screen printing in a timely manner. (Unlike this blog post.)

Back in May I did a screen printing demo at Bay View Gallery Night at Milwaukee Makerspace, so I figured I would make a new screen. I also figured I would use the vinyl method.

I started with some weird drawing of a TV monster with the letters “BVGN” using a Sharpie on scrap paper. 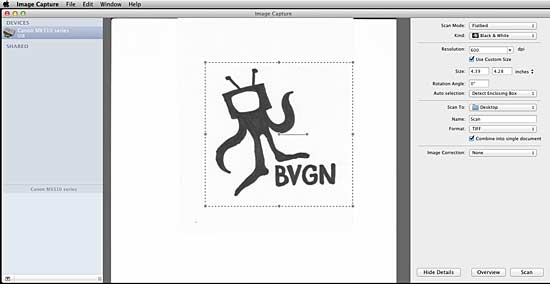 I scanned it in as a black & white image at 600 dpi and saved it as a TIFF file. 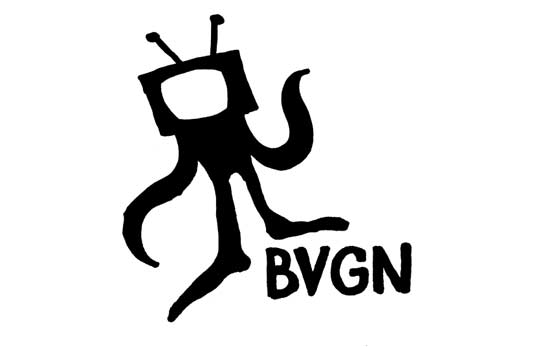 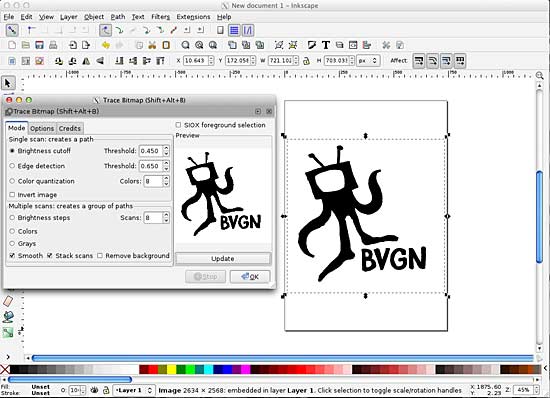 I then imported the (raster-based) TIFF file into Inkscape so I could convert it to vector artwork. The “Trace Bitmap” command lets you do the conversion. 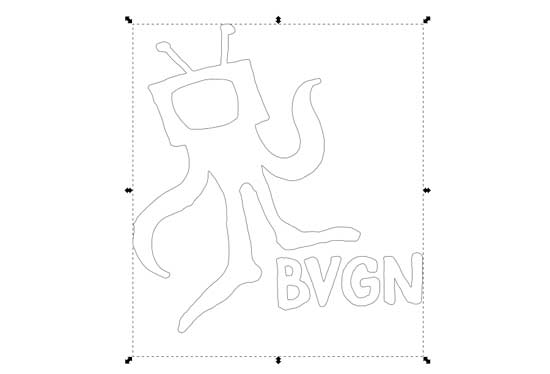 Here is the artwork as an outline. Vector artwork is needed for the vinyl cutter part of the process. Typically there would be some cleanup after the conversion process, but I was doing this all really quickly and didn’t have time for perfection.

I didn’t get any photos of the vinyl cutting and screen prep part, but it’s explained well in this post and a bit in this post. 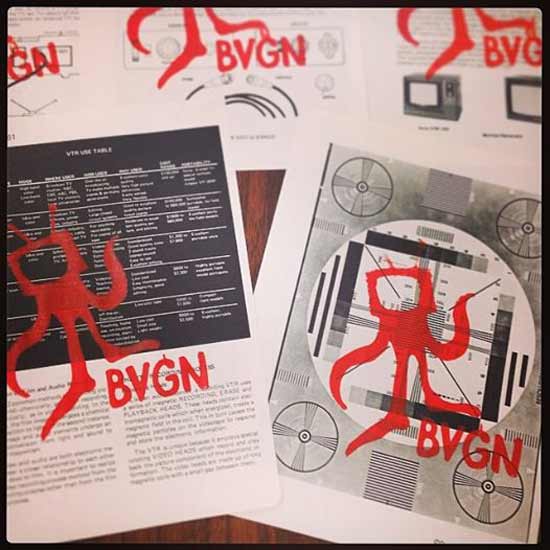 For the event, I tore pages from an old book on video production and used the pages to print on. I wasn’t after amazing quality with these prints, I just wanted something to demo during the evening. I got a few clogs since the screen sat around with ink in it for over five hours, but that’s how these things go.

The nice thing about using vinyl is that it’s fast, and if you’ve got an idea you can go from a hard-drawn image to screen printing it in a matter of hours. The vinyl method doesn’t work for all artwork though, but that’s the trade-off.