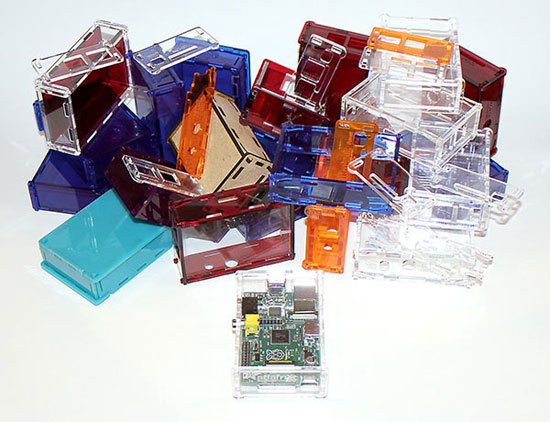 Don’t be discouraged when your case doesn’t work on the first try. Or the second. Once I thought I’d nailed a design on the third try, but was wrong. The most extreme has been our Pi Box enclosure for the Raspberry Pi…this took 23 attempts to get just right! The first few didn’t even hold together. Other projects were initially so discouraging, one was known behind the scenes as the “Piece-o-Crap-o-Tron 9000” …but many attempts later it’s become one of my favorite kits.

Fail quick, fail hard, fail often. Failure is part of the process — perhaps even key to the process. It’s how we learn and improve, and ultimately make a better product. Make mistakes now so your customers don’t have to.

I’ve known for a long time that design is an iterative process, and sometimes I think that’s what I love about it. I tend to be a fan of the process.

I remember once I asked Michael Curry how many attempts it took him to design something and 3D print it before it worked. I thought he said “two or three times”, but maybe he really said “twenty three times”. ;)

But seriously, there’s a lot of great tips not just for laser cutting things, but for designing things in general.