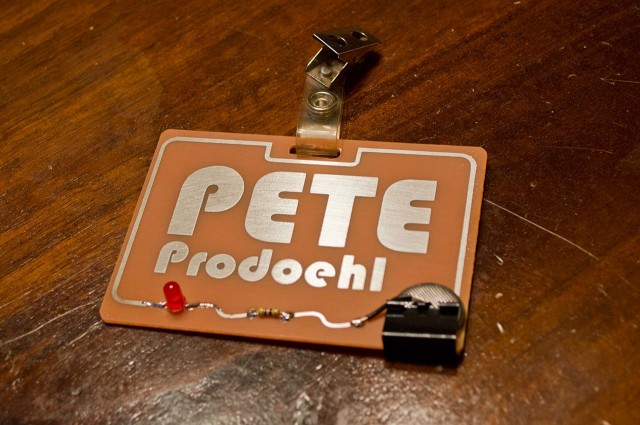 I woke up early on Sunday and had an idea for a project, and since I had a bunch of copper boards laying around, and just got some Liquid Tin, I made a super-simple name tag PCB. 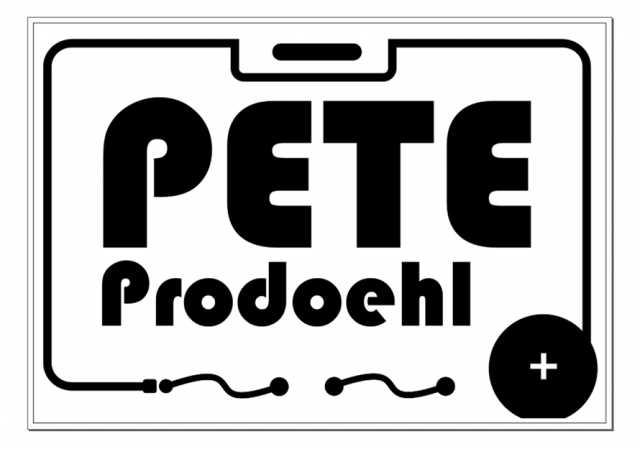 I started by designing in Inkscape with a canvas slightly larger than what I needed, and a cutting guide the exact size of my copper board. 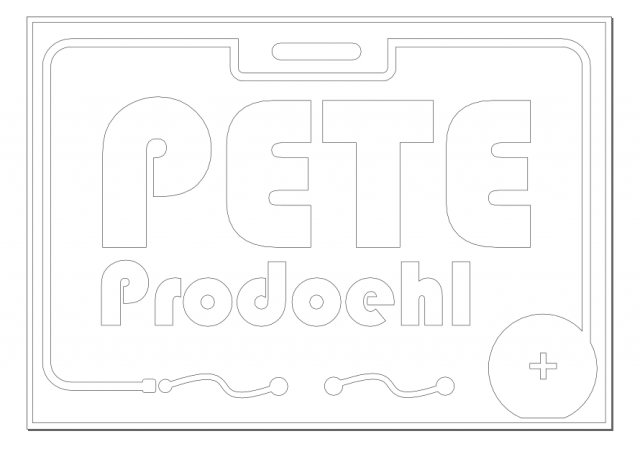 Here’s the outline of the design, which I exported as a DXF file. The outer line was useful in making a (near) perfect alignment when I put the vinyl on the copper board. 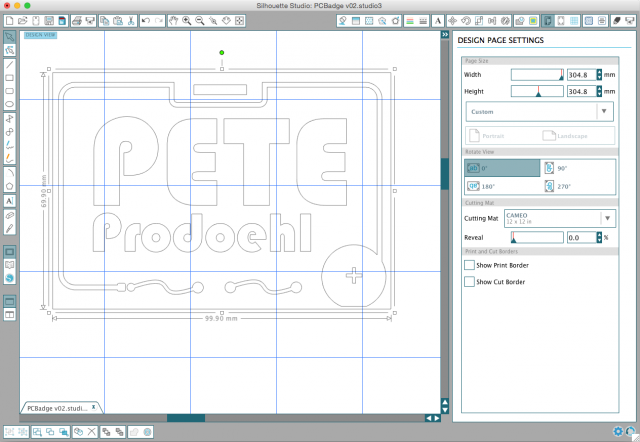 I then imported the DXF file into the Silhouette Studio software so I could cut some vinyl to use as a resist for etching. (As mentioned previously, my etching solution is hydrogen peroxide, vinegar, and a bit of salt.) 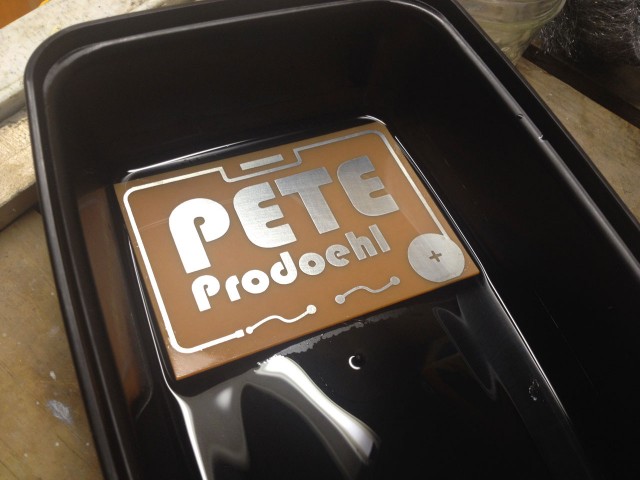 Etching took over 75 minutes, but after it was done and cleaned off I dropped it into the Liquid Tin. It started getting bright and shiny immediately! (Sorry, no photos of the bare copper because I was working fast.) 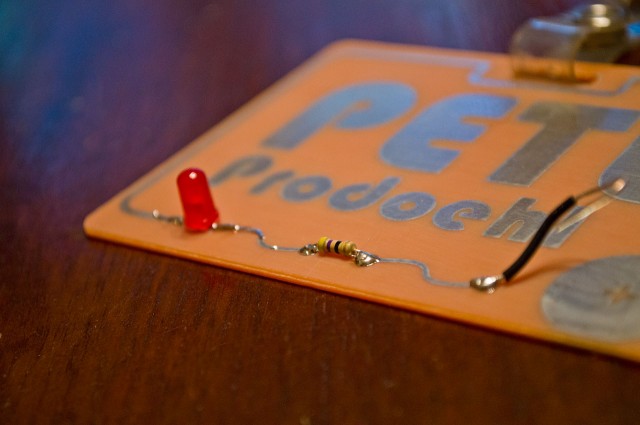 I soldered a blinking LED and a resistor in place, and since I still don’t have a tiny drill at home I went with surface mount of through-hole components, which works fine. 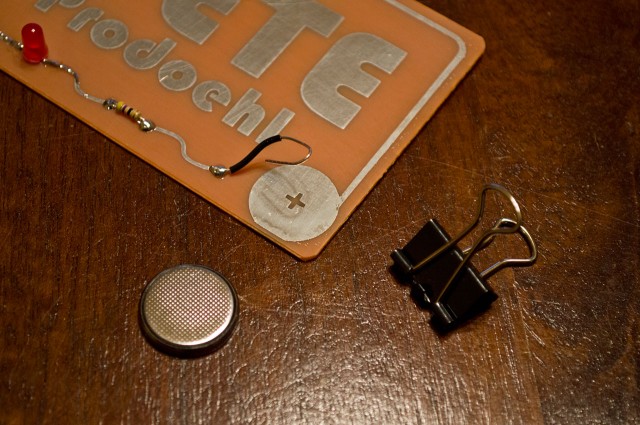 I also needed power, so I added a CR2032 battery and a binder clip along with a wire. The bottom of the battery (positive) goes against the PCB while the top (negative) gets a wire held against it with the binder clip. (Pretty much just borrowing heavily from the Learn to Solder Kit.) 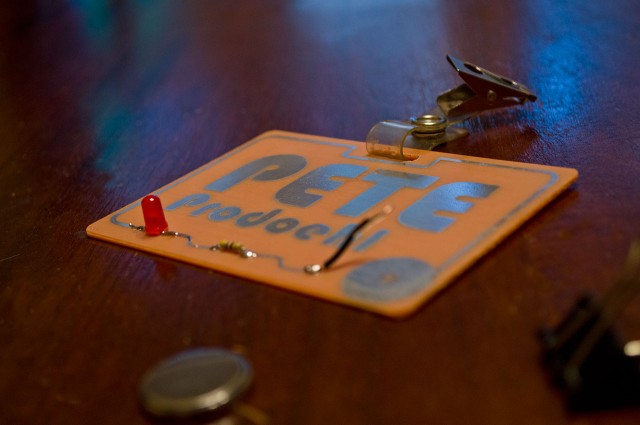 I did end up drilling and filing a slot for the name tag clip thing, which I stole from my Milwaukee Makerspace badge.

Blink Blink! Maybe I’ll wear it to the National Maker Faire! I’ve got a few more ideas to build circuits that are one part electronics and one part art, so stay tuned!