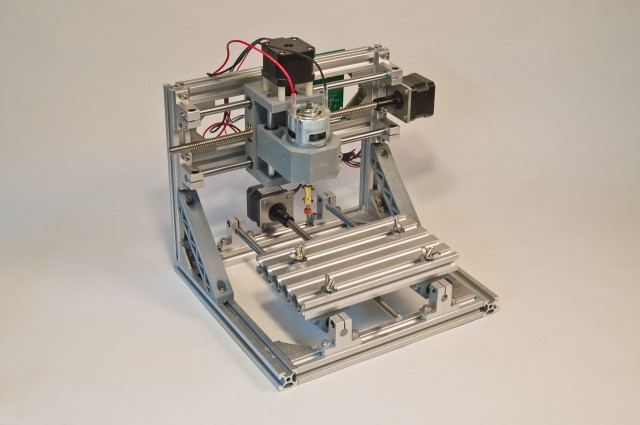 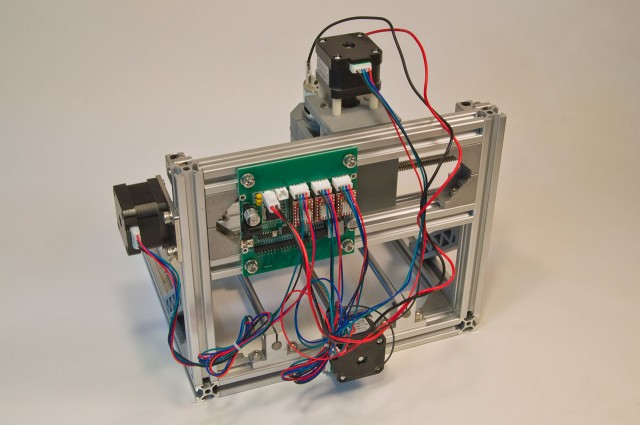 The electronics didn’t take much time at all, it was pretty much “plug and play” as far as connecting the three stepper motors and the spindle. No stripping, cutting or crimping wires. The only issue I had was once I tried running it nothing was happening. Turns out the power supply was DOA. I found a 16 volt laptop power supply in my junk bin and tried that, and it still didn’t work (or so I thought.) I ended up cutting the barrel jack off that power supply and putting it on a 24 volt supply I found. It was then I realized that the spindle wasn’t responding because I never set the “spindle speed”. So yeah, steppers worked fine with the 16 volt power supply (but not the original 24 volt supply I got) but the spindle didn’t go, because I’m a fool. All good now! I’ve got functioning 24 volt power supply and a functioning CNC machine. 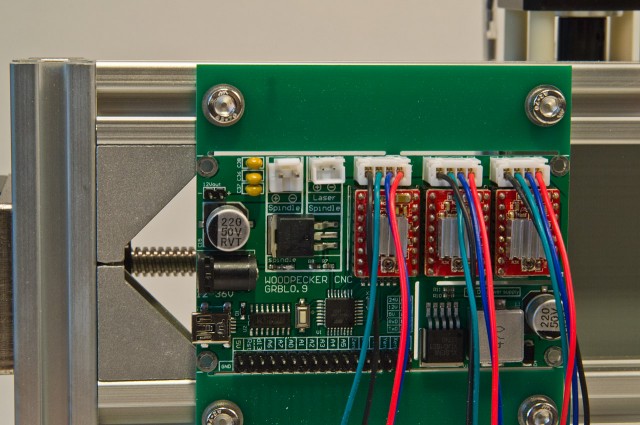 I’ve used Grbl before, usually with an Arduino and a CNC Shield with some steppers. Some of these kits seem to use an Arduino Nano, but this one is its own board with an ATmega328P and a CH340 chip. So yeah, an Arduino with Grbl 0.9 pre-loaded.

There are no endstops, but it looks like there’s room on the board to add them in the future. I can think of a few other improvements as well. I may add an e-stop, or just an “on/off” switch for the power supply. One nice thing about these machines is that if you make a mistake, like jogging the head too far in one direction, you can just cut power to the motors and the software will keep going, assuming the motors are moving, and then once the software is done, you can resupply power and try again.

Oh, you might also notice that next to the spindle connector on the board is a spot to plug in the laser. Yes, there’s also a 500mw laser that can be put in place of the spindle. I’ve not really tried that yet, and have to figure out the software to control it first. (I’ll get into software in a future post.) 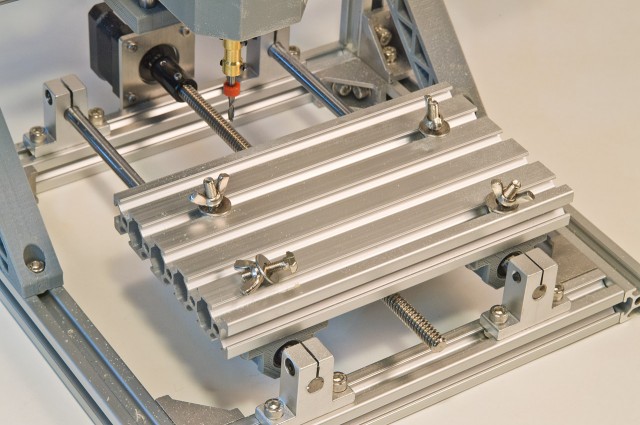 Another area that could use some improvement is the bed. Attaching things with the screws meant to attach things to the Aluminum extrusion is not great. I’ll work on a better clamping system. (Maybe a 3D printed piece, not sure yet.)

You might also notice I left the lead screws hanging in mid-air. I did have a little bit of a binding issue with the x axis, so I just removed both lead screw holders. I think it’ll work fine without them, as the lead screws are not that long. 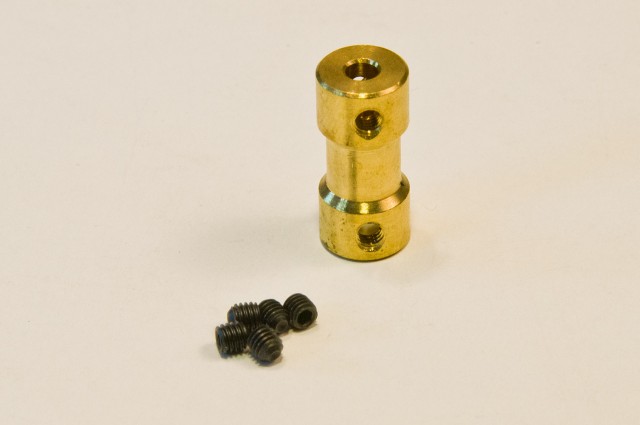 The machine came with two tiny collets that allow you to attach bits to the spindle shaft. It also came with super-small set screws. I’m pretty sure I’ll lose the screws, but… 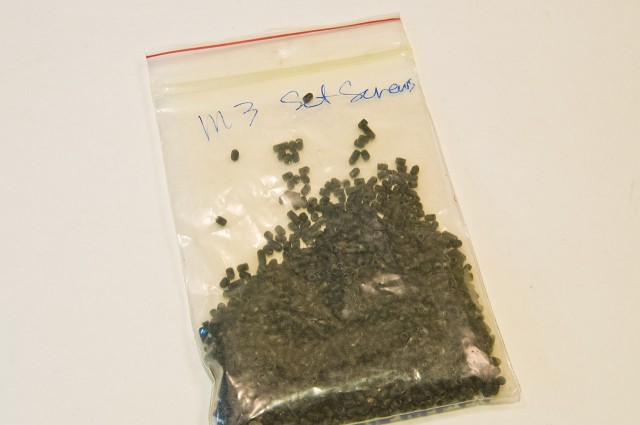 …luckily a few years ago my friends at Evil Mad Scientist Laboratories sent me a lifetime supply of M3 set screws of various sizes. I think I’m good! 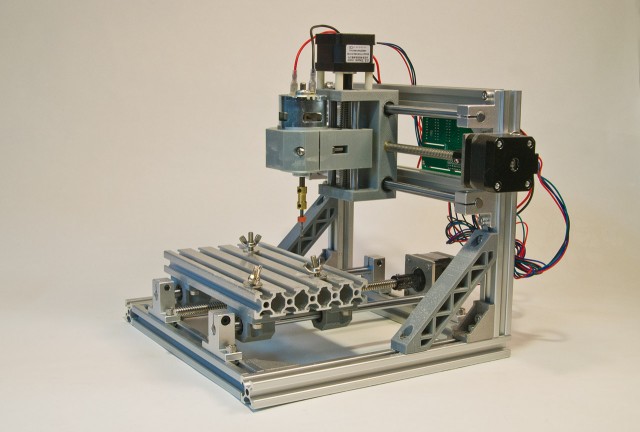 And yes, I did actually mill something. I’ll cover that in the next post. Overall I have to say I’ve been pleased with this machine (so far, it’s still early, obviously.) It was easy to put together and it works. Once I get things dialed in I’ll look into milling PCBs, and foam, and wax, and chocolate…

I’m following this very closely, I’ve wanted a mill like this for awhile and while I did get my hands on a CNC mill, it’s a bit overkill for doing circuit boards :)

I’m curious about the parts that ride along the leadscrews. I have some parts from a failed 3D printer which include steppers with leadscrews, but I don’t have the part that threads onto them (it would be a nut if we were talking about threaded rod). If I can find that part (or print something that works) I could put these motors to use.

Jason, try a search for “lead screw nuts” on eBay. Lots of options there. The anti-backlash feature involves a spring and retaining piece as well.

Ah, I thought they’d have a fancier name than that :) Thanks Pete!

i have a Problem with the corect Spindel RPM.
For wath is the withe Button in the middle of the first Picture ?
Can i the Board Reset to Normal?
Before i Push this Button…
Know everybody a Answer ?
Thx and have a nice Day…

The button on the control board is a reset for the uController. See board schematic here https://s3.amazonaws.com/linksprite/cnc/schematic+2.pdf