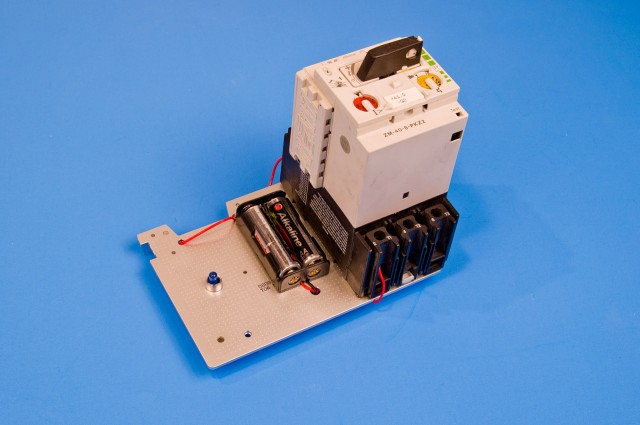 This project started like many of my projects… Someone says something, and I have a reaction to it. I might say something, or I might not say anything, but I’ll get an idea, and decide to do something. Sometimes it’s a ridiculous idea, and that doesn’t really matter. In fact, ridiculous ideas are probably more likely to be explored. 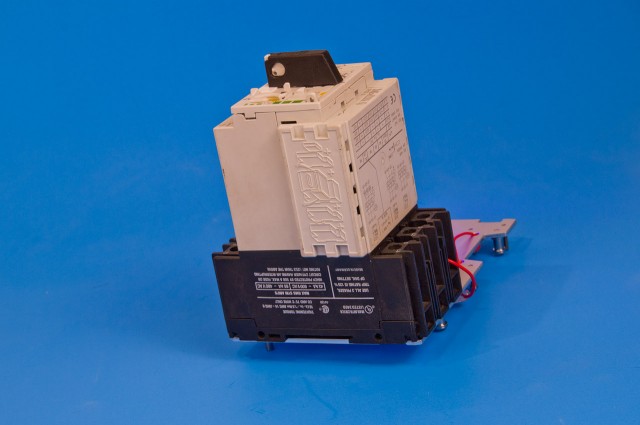 This one started when a local teacher got in touch with Milwaukee Makerspace about donating a bunch of industrial control equipment. Luckily Tom and a few other members were interested enough to go look through nine boxes and transport them back to the space so members could look through them. I should note this is a common thing. When people want to get rid of things we look for a “Champion”. Basically someone who will take responsibility for the stuff. If they bring it to the space we ask that whatever members don’t take “goes away” within a week or so. (Typically this means the dumpster, but not always. At a minimum, some members take some things and divert them from the landfill. Sometimes things are donated to others or recycled.) 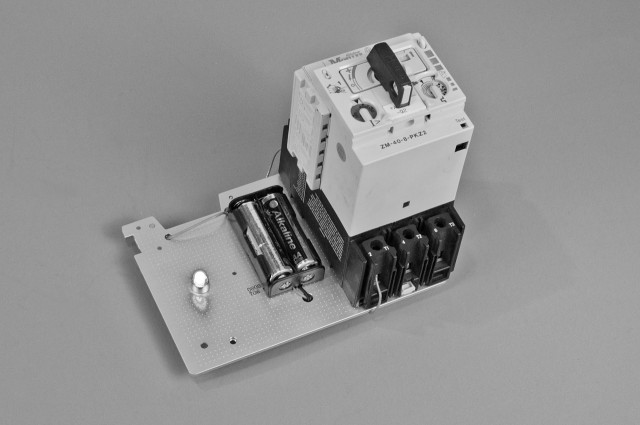 This load was a bunch of industrial electronics. Not super useful for most of our members, but many did find some good things. I found some neat switches, and in particular this large switch with a nick “CLUNK!” sound that said it was capable of handling 690 volts… 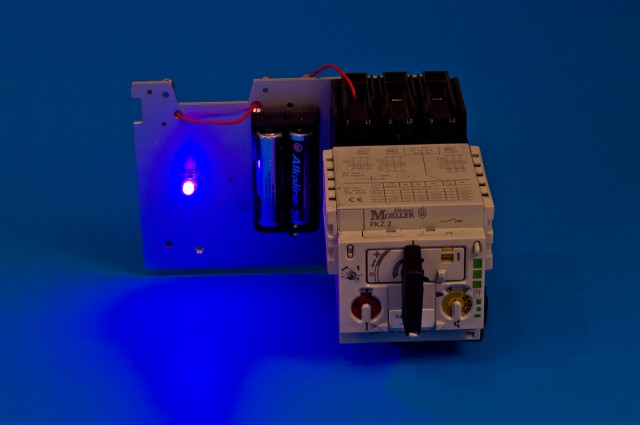 Steve and I were looking at it as I clicked it on and off and I mentioned how many volts it could handle and he said “Hey, you need to make it turn on an LED!” which was (probably) a joke, since an LED requires roughly 3 volts, which is quite a bit less than 690 volts. (In fact, it’s approximately 687 volts less!) 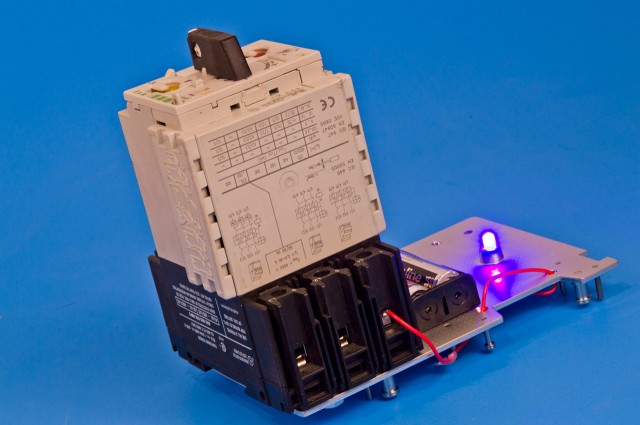 So I did what I had to do… I had to assemble the switch into a device that could turn on (and off) and LED. I had also found (and destroyed) an old data tape, but I managed to save the nice Aluminum plate that served as the base of the data tape. (Seriously, some of those old tapes were sort of beautiful!) Since I now had to weird objects, I just combined them with some wire, an LED, and LED panel mount, a battery holder, and two AA batteries. The rest is… history!? 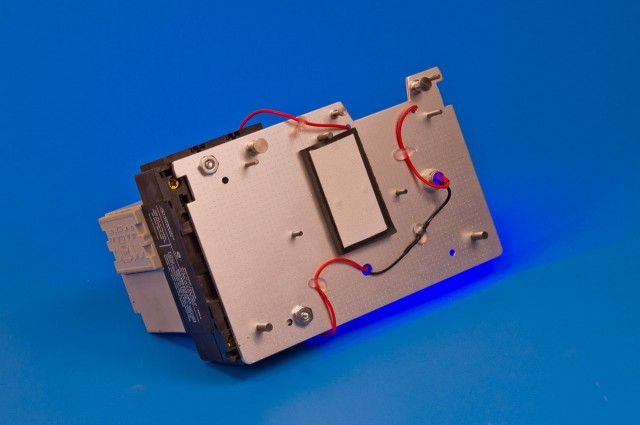 There’s also a Sintra plate on the bottom that the battery holder screws into to hold it in place. And some tape, and some hot glue. (It’s not a project until you add the hot glue!) 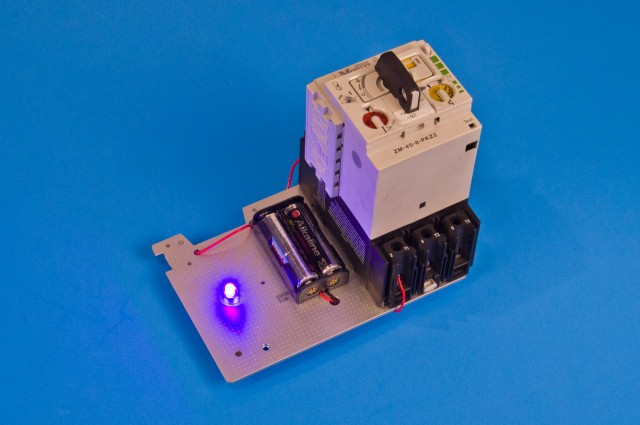 So yeah, it’s a but ridiculous, but it’s also somewhat interesting. In some of my projects I don’t even add a switch. This actually seems very common in “maker” projects. Why add a switch when you can just apply and cut power by plugging a thing in!? So why not make the switch the BIG THING in the project. Many times larger than the batteries and the thing you’re actually turning on. Hell, it’s almost art!

Because the switch sounds so amazing, I had to make a video. Oh, also you can see the LED turn on, so there’s no trickery in this video.

Also, worse case, if I keep this thing around I’ll have a nice big high voltage rated switch I can cannibalize for another project. So that’s a big win in my book.

(Oh, sorry about the terrible photos of the blue LED. I need to do better next time.)