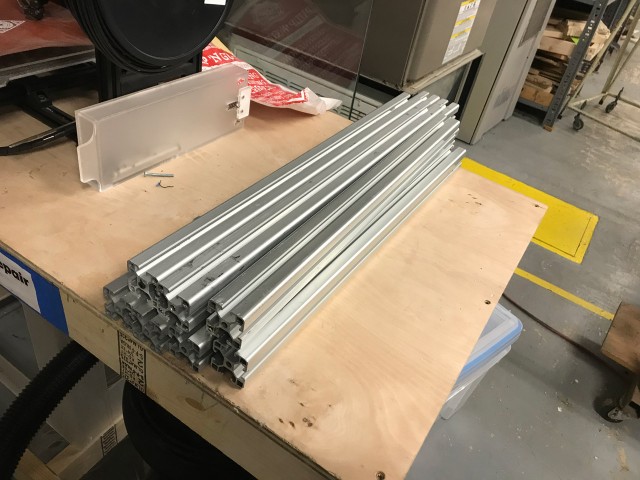 I managed to get the 40mm extrusion I need for the RepRap frame at Milwaukee Makerspace. Mark is our 3D Printing Area Champion and he’s managed to collect a bunch of pieces from a scrap dealer, pretty much at scrap prices! 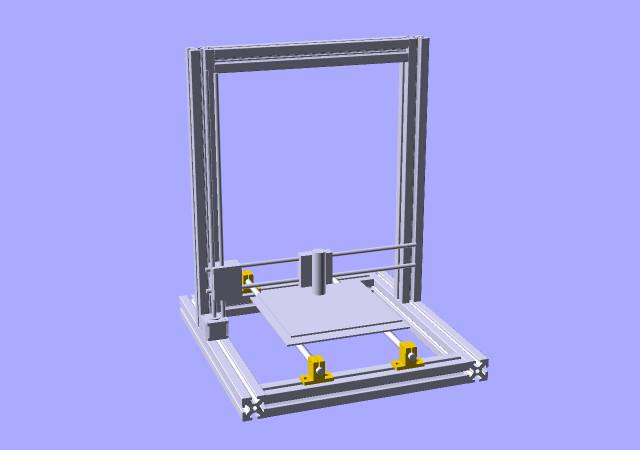 I tweaked my render a bit expanding the frame slightly, and adding in the rods and rod supports. Speaking of the rod supports… I could not find an acceptable file for the SK12 rod supports. I found one on GrabCAD (which I’ve never used before) but even there I found the file formats very disappointing. I managed to convert something to an STL and I didn’t like it so I used it get dimensions and then remodeled it.

Yes, I could just buy some SK12 rod supports (eBay has some for cheap) but the last time I used cheap rod supports they were not great, so I figured I’d print them for now, and I can always replace them later. (And yes, the nice thing about having access to a good/working printer when you are building a printer is that you can print the parts you need.) 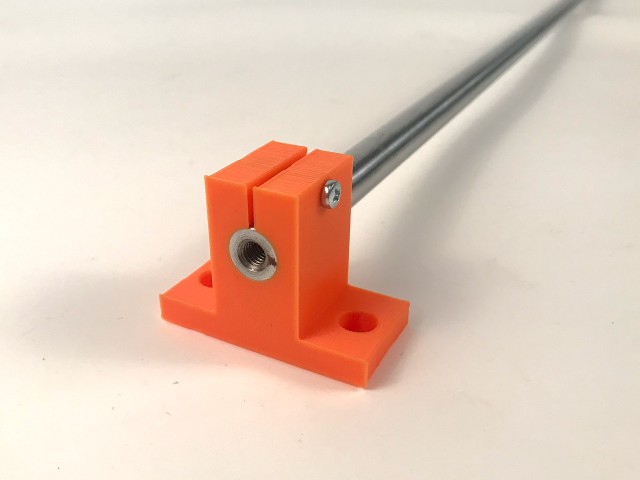 I printed one on the Prusa i3 at work with low infill to test the fit, and it was perfect on the second attempt. (My 3mm screw and nut hole were just a bit off on the first try.) Oh, the mounting holes are sized for 5/16″ carriage bolts, which fit right into the slot of the 40mm extrusion. That’s another trick I picked up from Mark. (5/16″ is just about 8mm as well.) After the second test I was satisfied, and printed the rest on my Monoprice Maker Select Plus at home. It’s also nice to have a variety of 3mm hardware I can use this time around. The first RepRap I built was a kit and came with everything I needed. (Well, in theory.) This time I’m figuring out a lot as I go, but I have a lot of the things I need already.

These linear rods are 12mm diameter and plenty long, so they’ll need to be cut down a bit. I pulled them from a large laminator I pulled apart a few years ago. As I’ve previously mentioned, I’m going to be using lots of parts I’ve been collecting over the years, so hopefully I can keep new purchases to a minimum, at least to get up and running with this printer.

(Note: SK12 Rod Support is available on YouMagine and Thingiverse.)