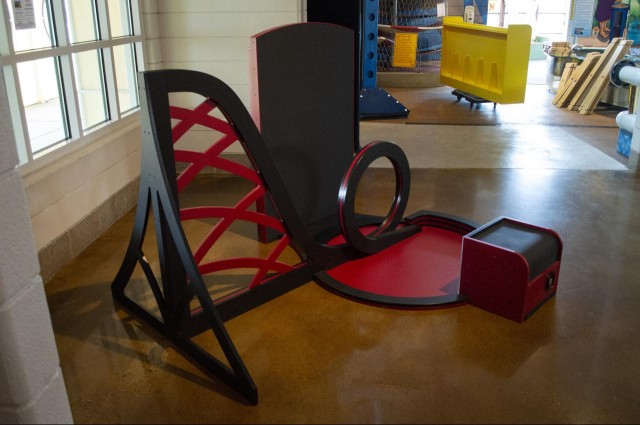 You may have already seen John’s post about our Velocity exhibit, and I must say, he did an amazing job with all of the CAD and CNC work to build it. 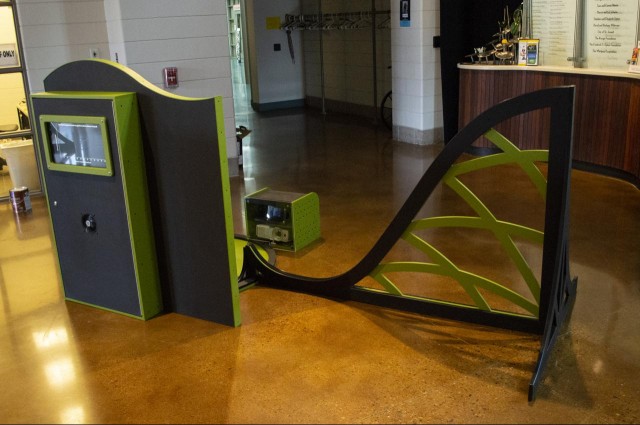 For my part, I handled the technology that went into the exhibit. (Which sadly, you can’t see much of in these photos because some were shot after things were powered down.) For three of the five components, I spec’d the hardware and worked with a software developer to upgrade the old version of the software to something more modern, stable, and easier to calibrate and support. 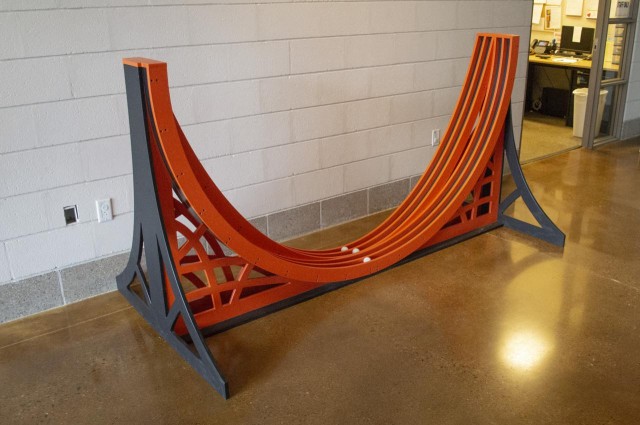 I can’t even tell you how many golf balls I rolled down all of those ramps. At one point we had an issue with a projector overheating and I set up a time lapse camera to run all day and overnight to give us some idea how long it was staying on before shutting off. We eventually fixed it by adding a duct to the projector housing to draw the heat out and away. We’ve used earlier models of this projector with no issue, but this is why we do extensive testing… you never know what problems are going to pop up. 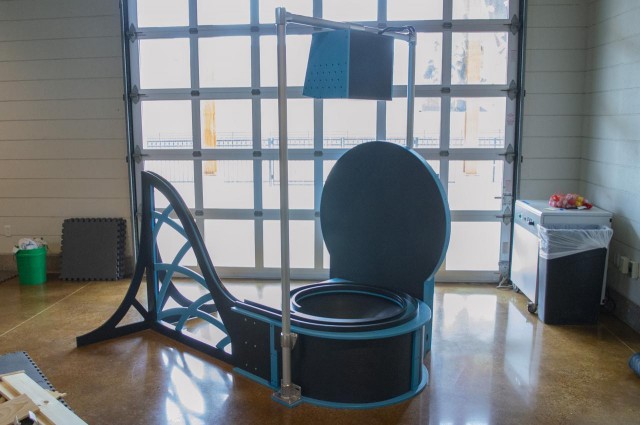 If this exhibit looks familiar (!?) it might be because there are now three copies/versions of it. Besides this one which was a “for sale” item, we’ve got two on the road, one of which will be returning to the Betty Brinn Museum this summer. 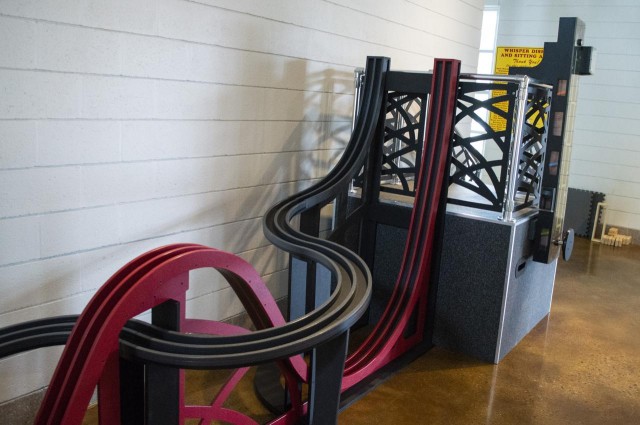 By the way, if you occasionally have a bunch of old golf balls you want to get rid of, let me know… There’s a non-profit in Milwaukee who would love to take them off your hands. ;) 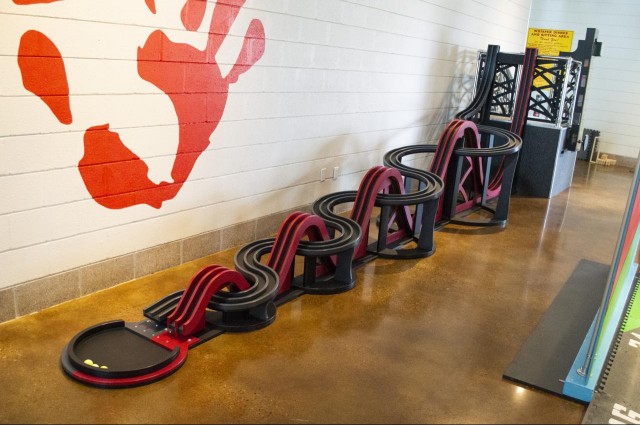 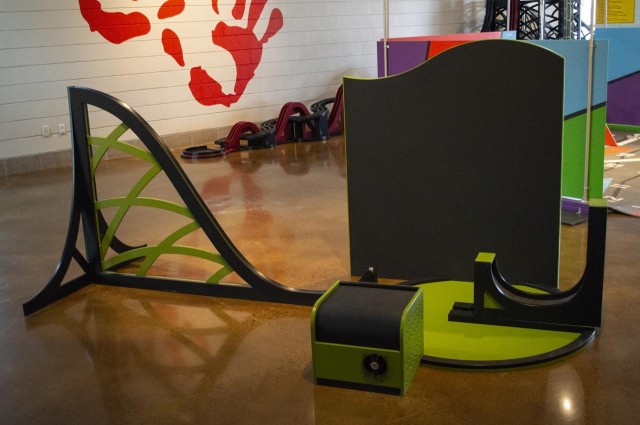