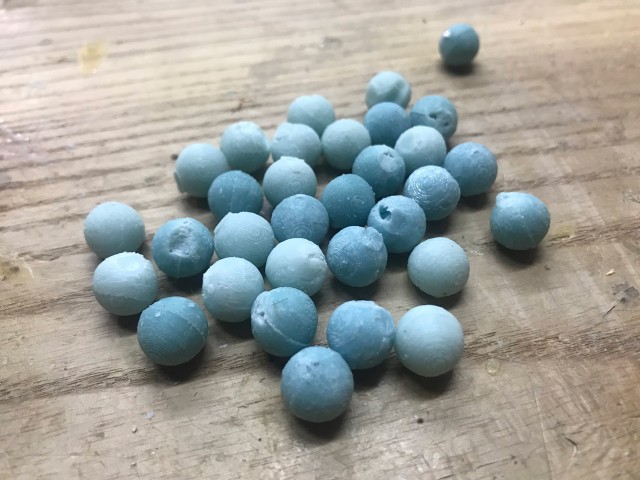 I made wax balls, and it worked, and I did it using 3D printed molds. I won’t get into why I want/need wax balls in this post, but I swear it has nothing to do with candle making or bath bombs. (These balls are about 12mm in diameter.) 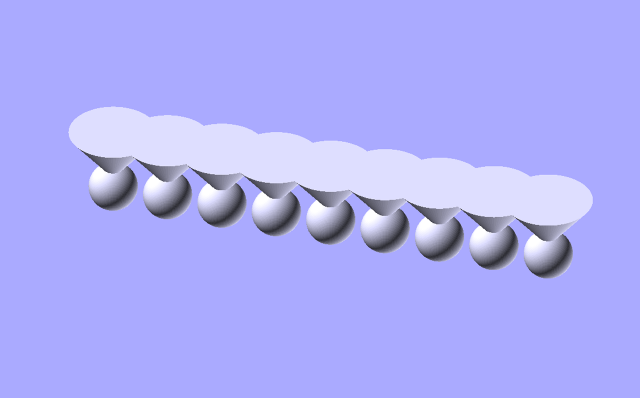 I originally modeled one ball with one sprue, and then used the loop function of OpenSCAD to make a series of them in a row, slightly overlapping the sprues. 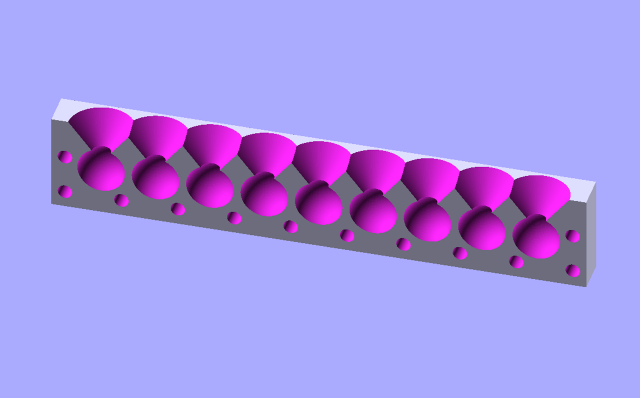 My original plan was to make silicone molds (like I did with this wax stick) and went as far as creating a positive and a mold box, but along the way I thought about just using a 3D printed mold… 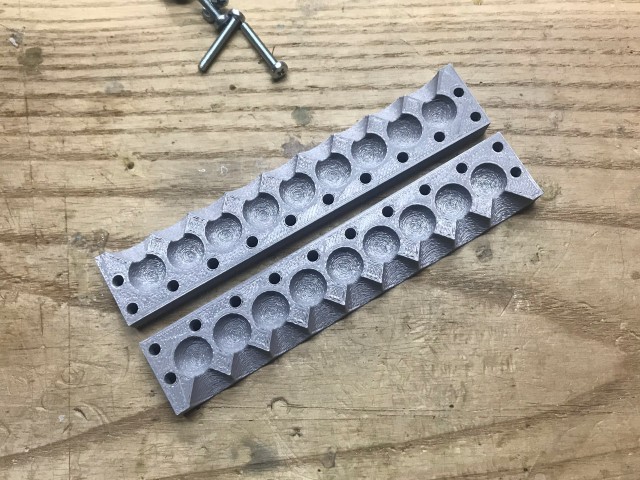 Here’s the 3D printed mold created using PLA filament. The holes are for bolting the two pieces together using 3mm hardware. (I used tape in the earlier versions, but it did not work well.) 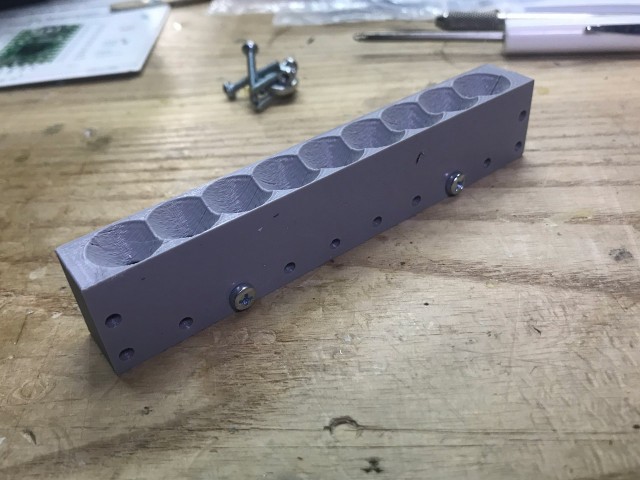 I didn’t need to fill all the bolt holes, but wanted a few options so I could get tight clamping. Wax doesn’t have the same low viscosity of something like water, but when melted is a bit runny, so I just want to make sure I can keep it from leaking out too much. 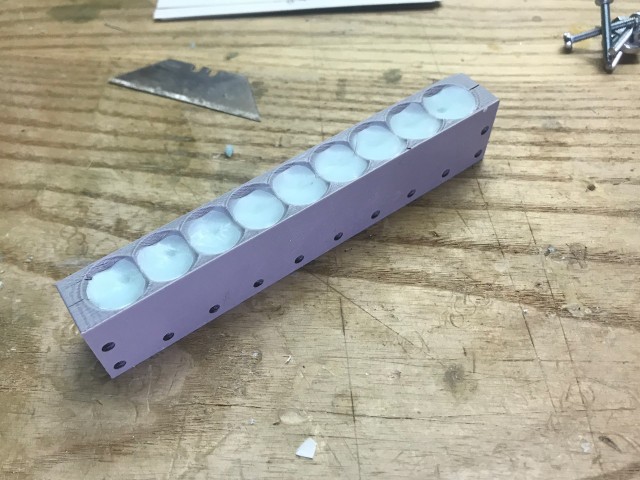 Once the mold is assembled it’s just a matter of melting some wax and pouring it into the mold. I’ve had a few balls with air pockets when demolding, so I’ve taken to sticking a thin piece of wire in to stir around the wax in an attempt to remove the air. (I do have a vacuum pump which I’ve considered trying to use, but the chamber is currently too small to fit much in it.) 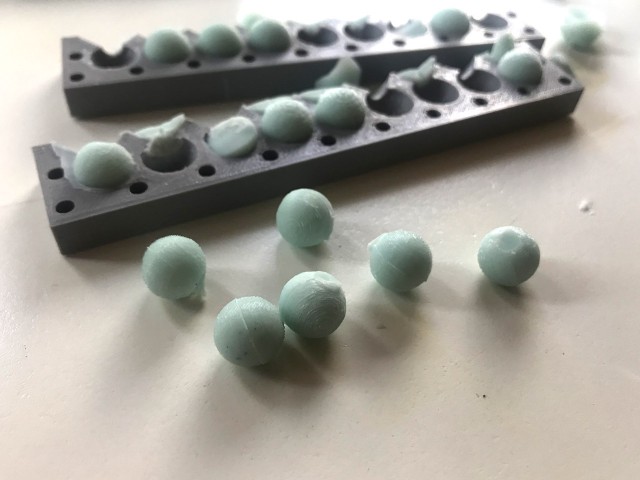 Hey, wax balls! Originally I tried spraying the mold with mold release, but I don’t think it helped much. What does help is putting the cooled molds into the freezer for a bit (this is a known trick for getting wax candles out of glass jars.) It helps solidify the wax enough to make it come out fairly easily. I do break a few every now and then but a lot less than before I used the freezer method.

The other great thing about using 3D printed molds is that I can very easily (and cheaply) make a whole bunch of molds, which is good, because I may need a few thousand wax balls…