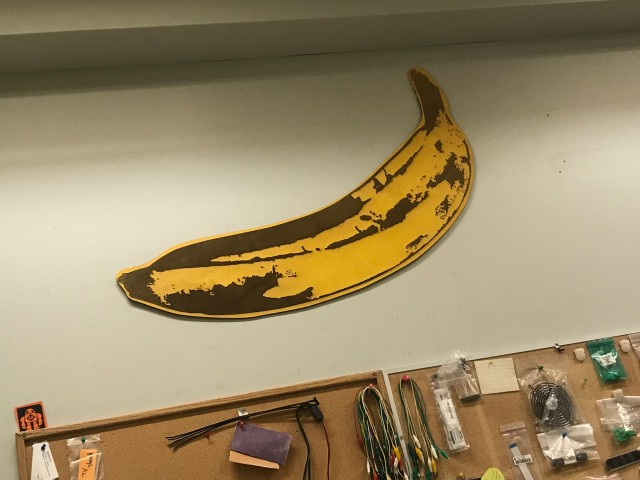 We made a giant laser cut & etched banana and stained it yellow and put it on the wall. Why? I’ll tell you why. Because we’re artists and we have a sense of humor and sometimes enjoy social commentary. But wait, there’s more! 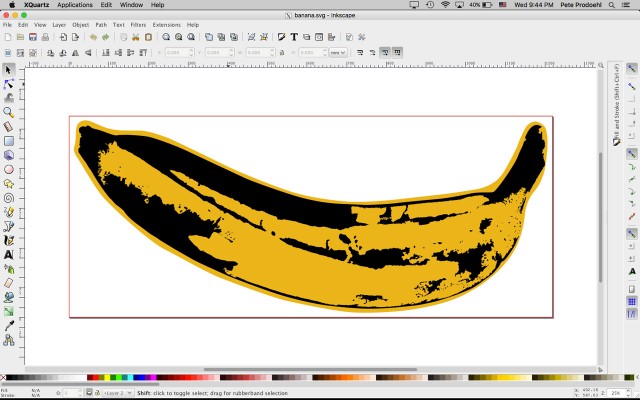 You see, this specific banana is best know as being a piece of art created by Andy Warhol. Or maybe it’s best known as being the cover of a Velvet Underground album. Also, as we all know, Warhol was a thief. But maybe he was a thief in the way Steve Jobs was a thief. “Good Artists Copy; Great Artists Steal.” 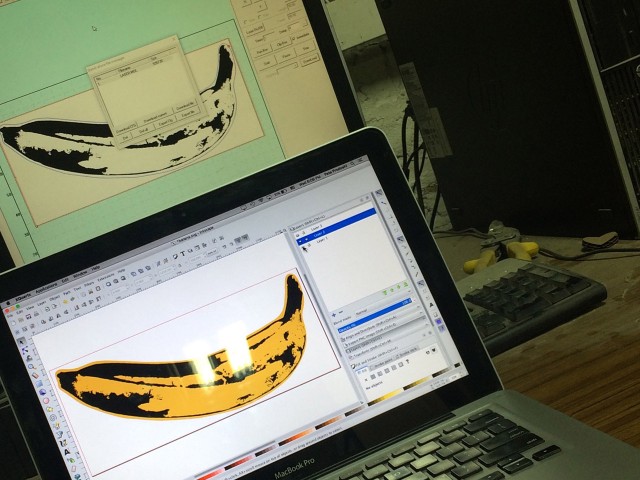 So I stole Warhol’s banana, but I really just downloaded a file that someone else created, which is fitting. Stealing is pretty easy nowadays. Thanks, Internet! 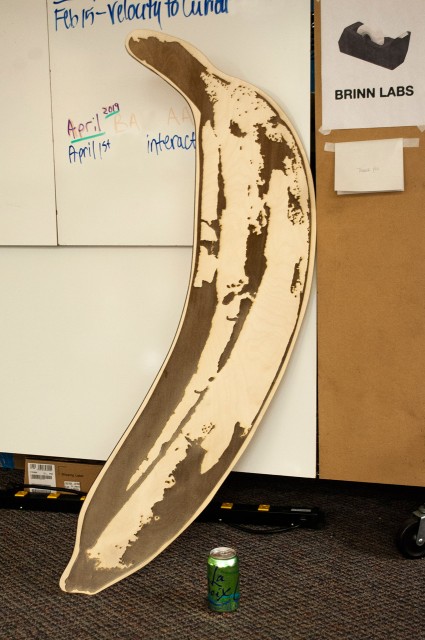 But where did Warhol steal it from? Well, most likely an ashtray from Wing Corp. Do you like a banana? Enjoy Banana. Or maybe you should go to court and sue someone over banana. Art is ridiculous because life is ridiculous. 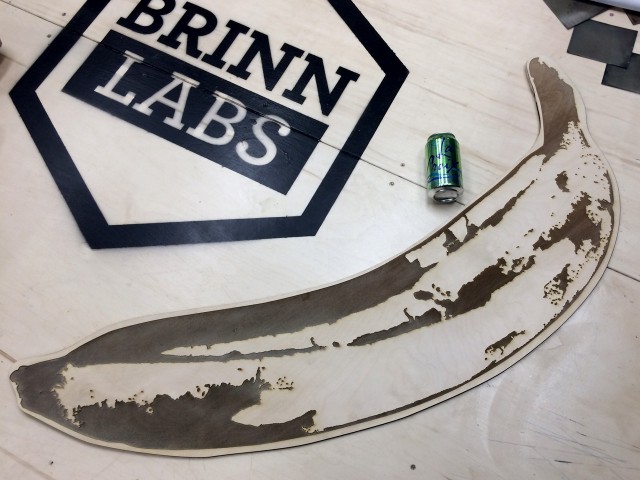 Maybe you want to buy your own banana? You could probably do that, but you can’t buy our banana, because it’s not for sale! (I remain hopeful that someday someone comes into the office and actually recognizes the banana.) 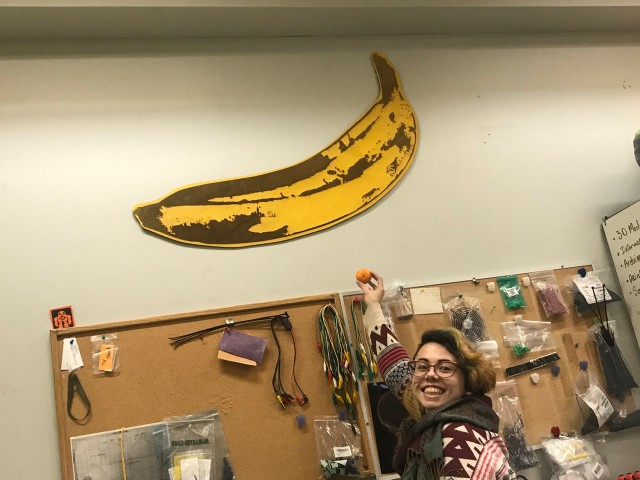 The banana was laser etched and then cut from 1/4″ Baltic Birch Plywood and it took about five hours. I think it should have gone faster but this was (more or less) a stress test for the laser cutter. It definitely etches (and cuts) stronger on the left side than the right. Good to know.

Becky is holding a Cutie (aka a “mandarin orange”) for scale. I forgot to bring a banana for scale. I should probably do that. There’s also a 12 ounce can in some of the photos, which is also for scale. I don’t know how many ounces the banana is.