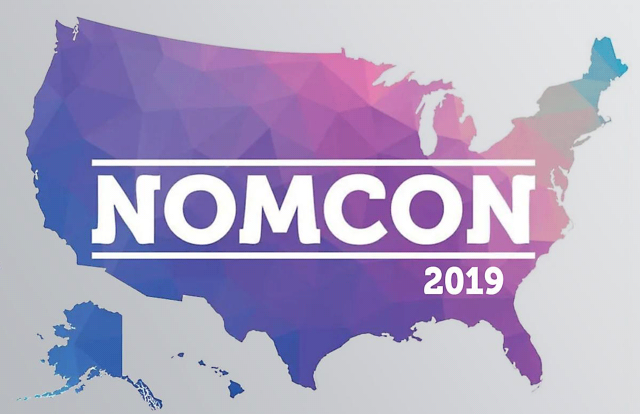 While I’m sad I’ll be missing NOMCON (the first annual Nation of Makers conference) this year, I’m glad I could still contribute in some way.

Dan Schneiderman, one of the leads for Maker Faire Rochester, organized a group to create pieces of a US map that will serve as the stage backdrop for the conference. He sent me the files for pieces to be cut and then we were free to attach whatever we wanted to the front, though there was a color scheme to (try to) adhere to. 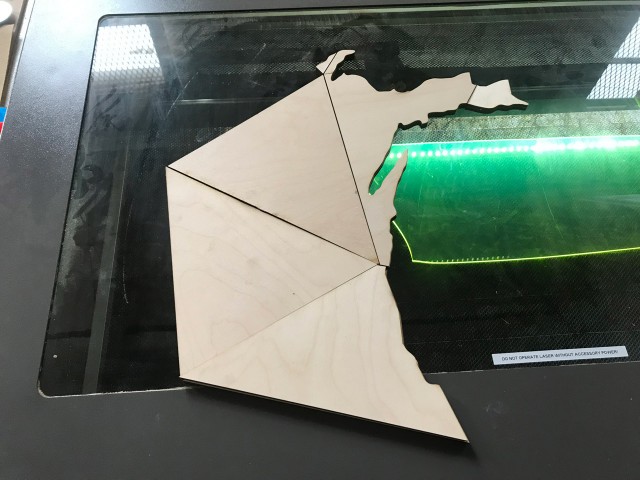 I cut the pieces on the 150 watt laser cutter at Brinn Labs. Since I didn’t have 1/2″ plywood I used 1/4″ Baltic Birch which we then glued together to get the proper thickness. 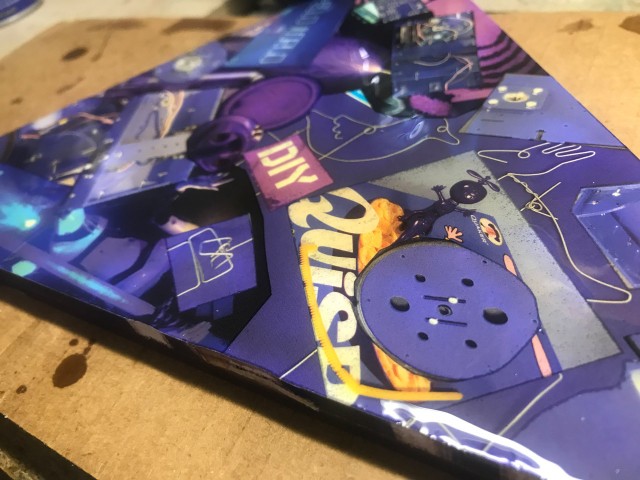 I had a few ideas (one involving wax) but ended up cutting up a bunch of old Make magazines (ironic, I know) after carefully selecting purple images that would match the designated color of my piece.

I spray glued all the paper pieces and stuck them down to the wood, overlapping as needed. I then trimmed the pieces that were overhanging the edges, and then applied polyurethane to protect and beautify the surface. 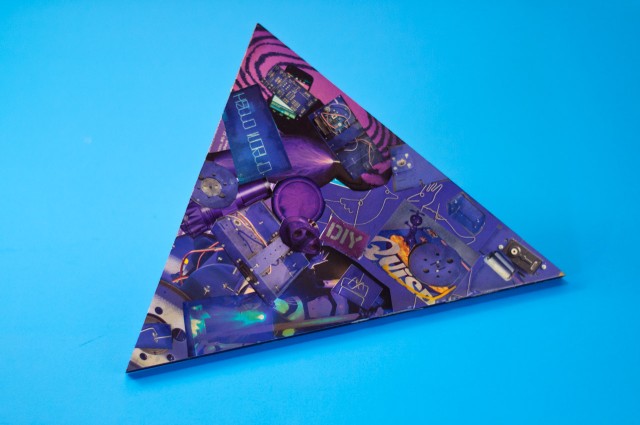 Here’s my final piece, which is #69. Carl and Kathy H. at Milwaukee Makerspace took care of the rest of the pieces. (Hopefully they got photos of theirs as well!)

I expect to see some photos of Adam Savage and Dale Dougherty standing in front of this!