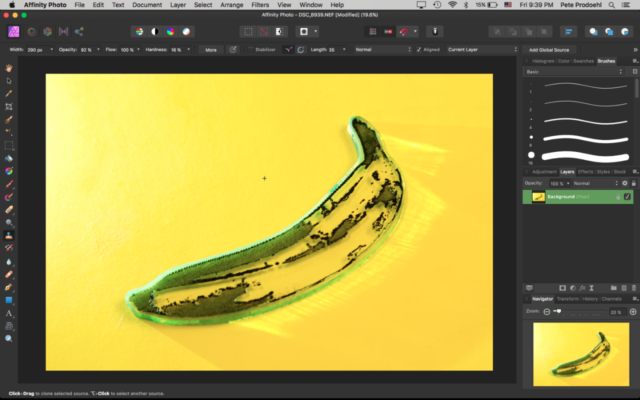 Let me start by saying that I’ve used Photoshop for the past thirty years. That’s three decades of using an application. I actually cannot think of an application I’ve been using longer than that. My Photoshop abilities probably helped me get my first real job. That said, my days with Photoshop might be numbered.

As you may know, the world is moving to 64 bit computing. Apple’s latest OS will no longer support 32 bit applications. Since I am not a fan of renting software, I still run Adobe Photoshop CS5 on my Mac OS X 10.12 and 10.13 machines. In 10.14 it will not run. A friend of mine at Adobe told me to “join the cloud” and that I would see lots of new and amazing features, but to be honest, with what I use Photoshop for these days, I don’t need the new and amazing features…

So I’ve got a copy of Affinity Photo, and I’ve been using it, and it’s pretty good, and at some point I’ll dump Photoshop completely (probably when I upgrade to 10.14) though I’ll still use Photoshop if working at places that use it. (And yeah, I rarely trade PSD files with others, though if I need to, Affinity Photo can read & write PSD files.)

I tried Pixelmator years ago but it never really grabbed me and made me feel like it could be my everyday editor, but I’ve actually been very impressed with Affinity Photo. It’s close enough to Photoshop but has its own personality. There are a few things I’m still getting used to, but I am trying to use it anytime I would normally launch Photoshop in an effort to train myself.

With all new software (let alone something you’ve used for decades) it’s often a matter of getting used to things that are slightly different. Like using Windows when you’re used to a Mac, or Canon when you have a Nikon… I’m getting to memorize some of the key commands, and I find a few things annoying, like not putting the focus on the first value in a dialog so I need to remember to hit the tab key before I start typing. Little things, nothing big… The important part is, I can do nearly everything I want to (or need to) do with Affinity Photo that I would have done with Adobe Photoshop. 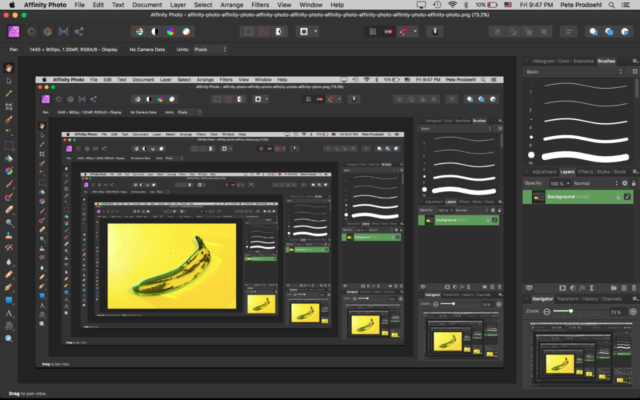 While I am a huge fan of open source, I’ll also pay a reasonable price for non-open source software if it fits my needs and there is not a viable alternative in the open source world.

If 2020 has done anything so far, it’s introduced me to a lot of new software (and services) through my various jobs and projects this year. I’ll probably post a bit more about software in the future, as it’s been a long time since that’s been a regular feature around here.