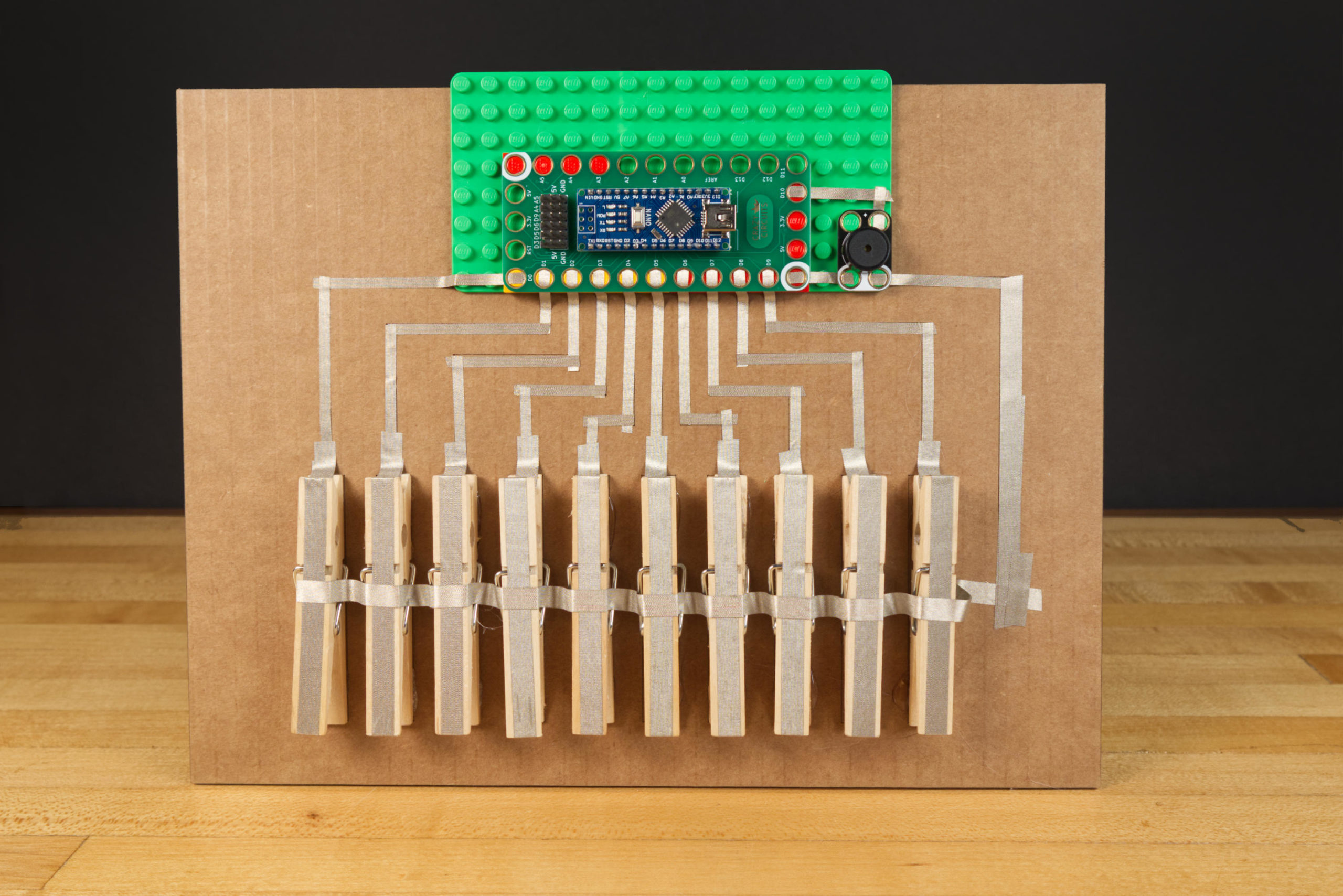 Hey there, it’s another project! This one (like many others) can be found in the Brown Dog Gadgets Project Database. This is a piano (another one) but instead of buttons we’ve assembled our own “keys” using clothespins. It’s a Clothespin Piano! They’ve already got springs to snap back to a “closed/off” position, so adding a little bit of Maker Tape was easy. (And yes, we had lots of clothespins around from the Simple Coin Cell Battery Testers that we make.) 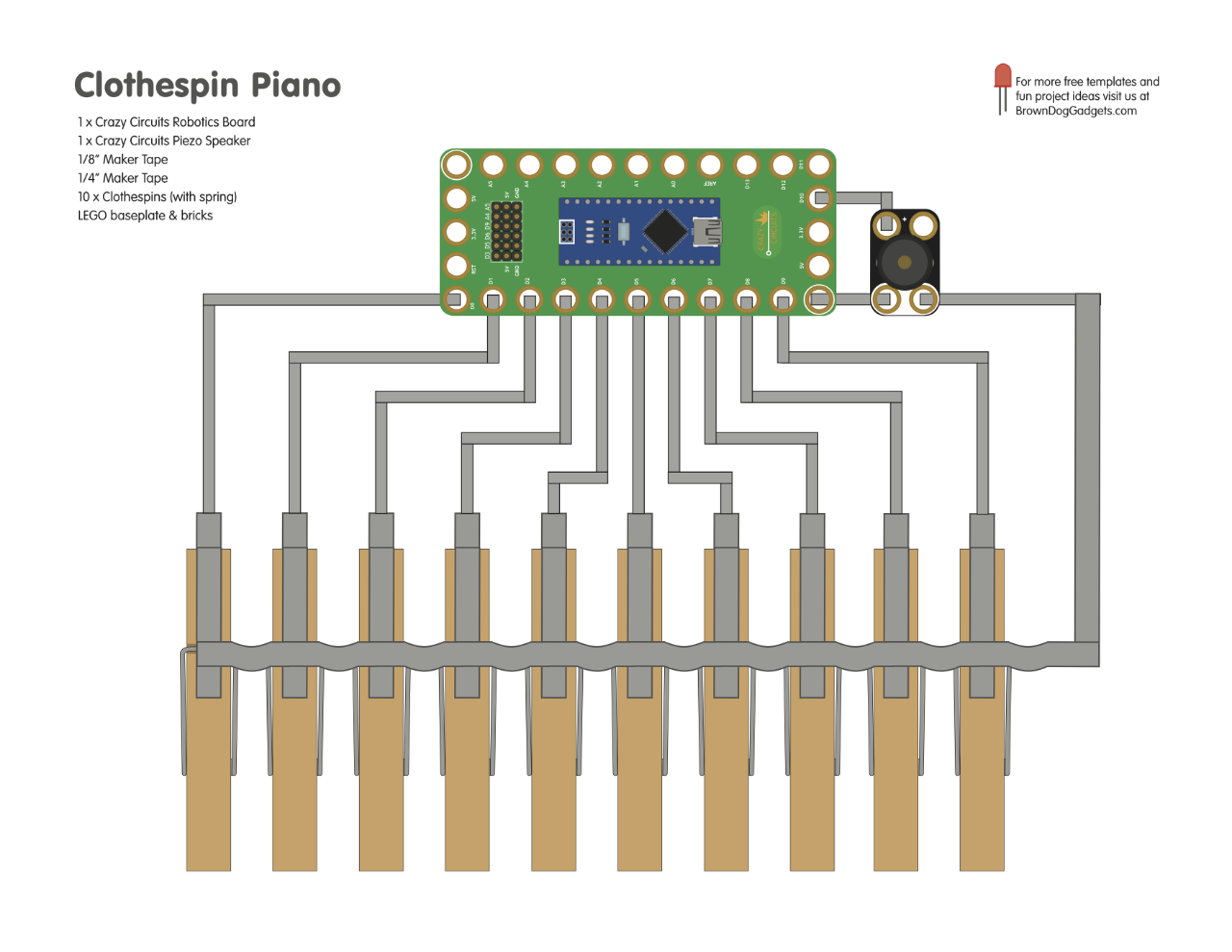 Here’s a nice illustration to show the connections and how to assemble it. You could print this page and use it as a guide, and we’ve also got a PDF that can be used with just the outline of the clothespins and and tape. (I actually laser etched some cardboard for my version, which made lining things up very easy.) 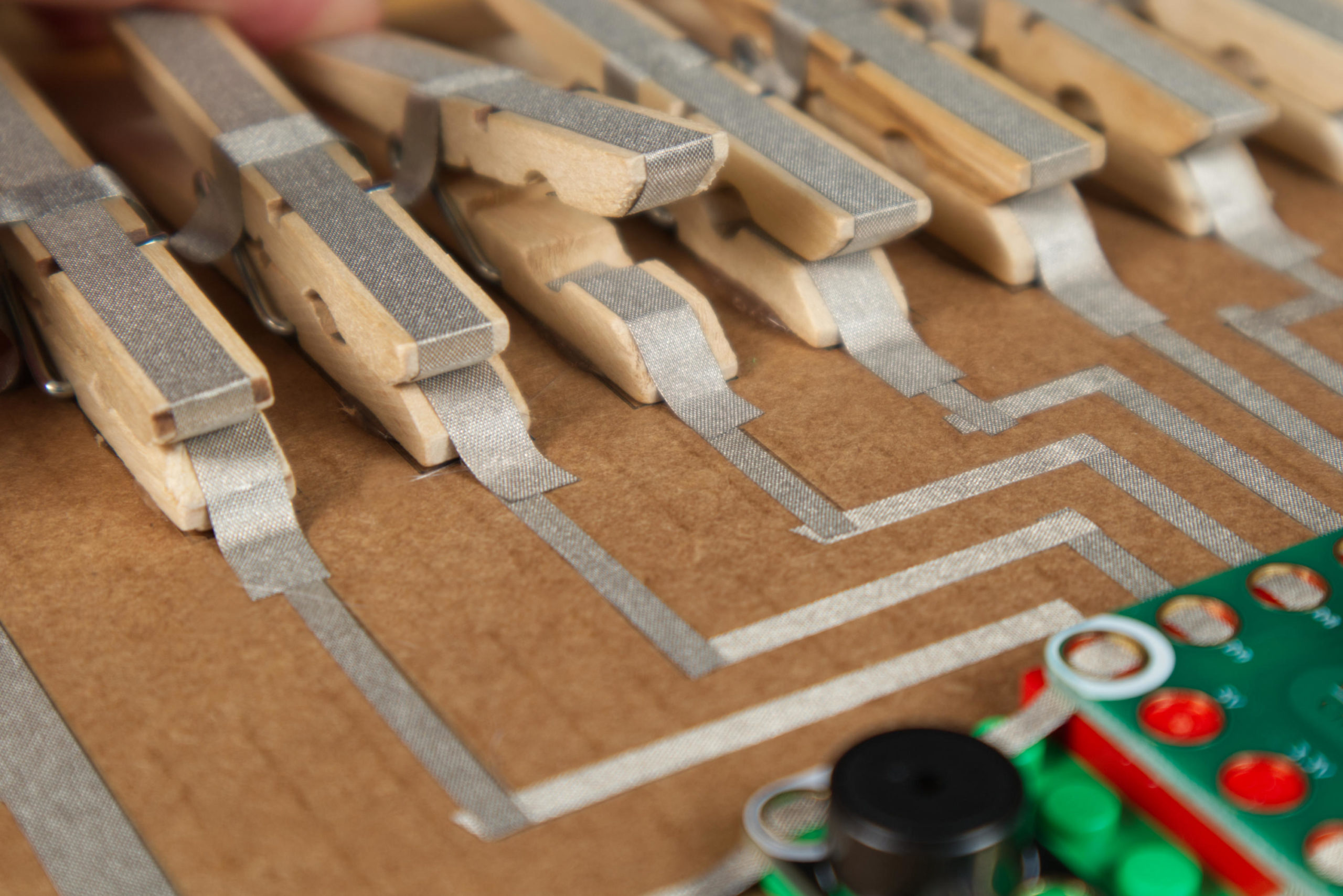 We used 1/4″ Maker Tape and 1/8″ Maker Tape. The former for the clothespins, just to get better surface contact, and the latter for the Crazy Circuits connections. 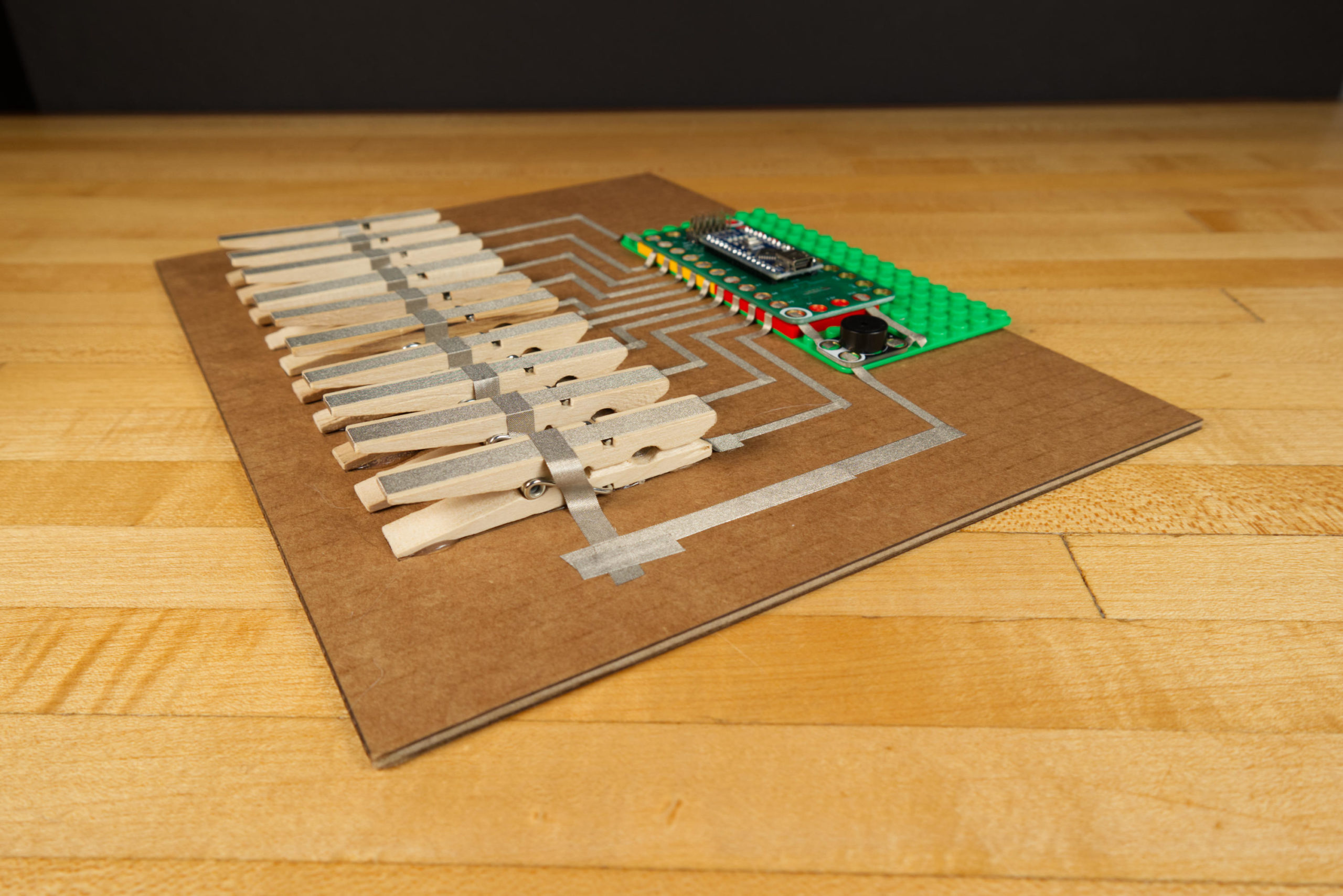 Worth noting is that these are “Normally Closed” switches (or “NC”) instead of “Normally Open” (or “NO”) switches, so we’ve reversed the logic in the code to handle that. (Also fun, if you disconnect all the keys it’ll just play notes all the time.)