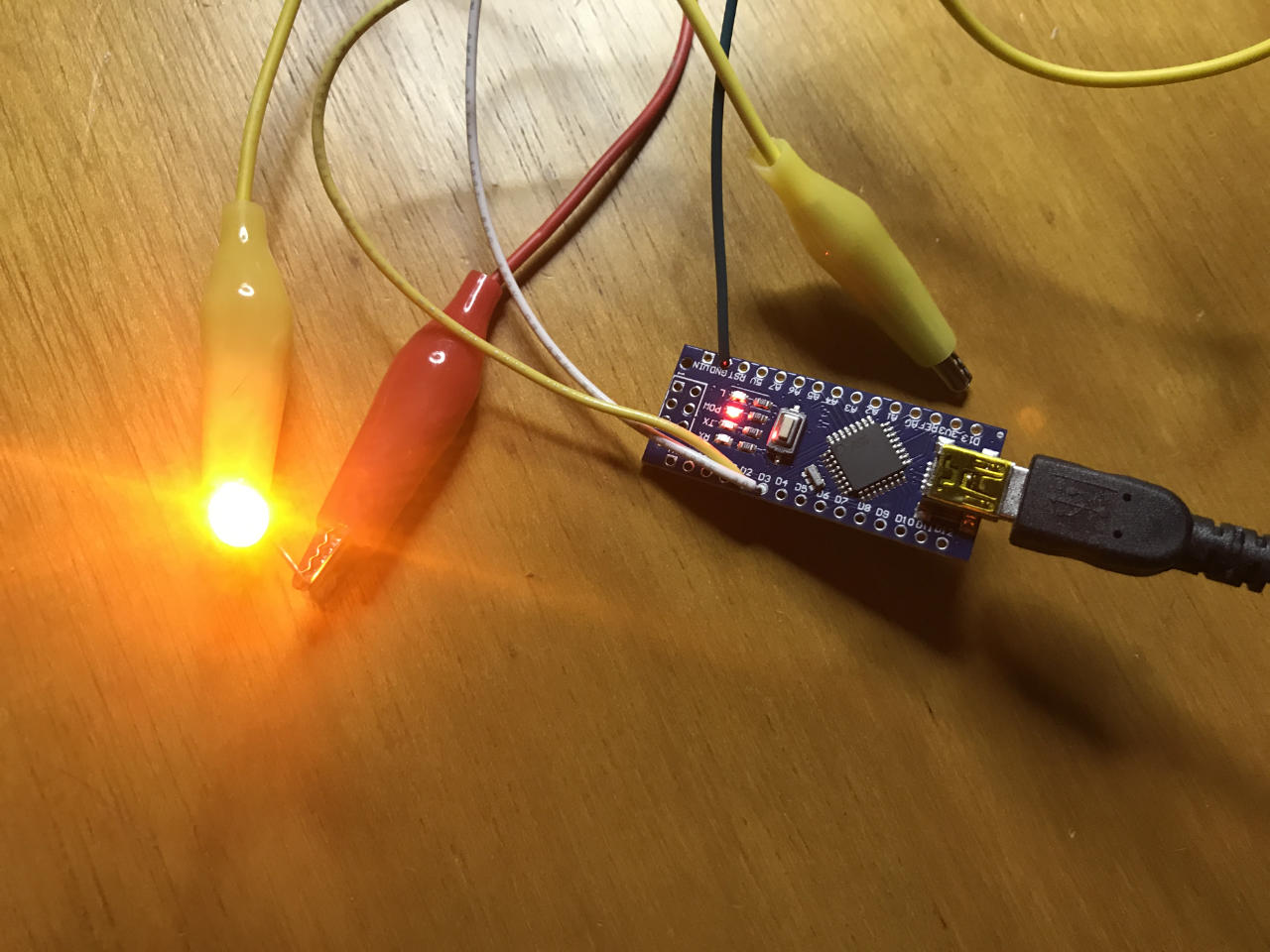 Disclaimer: I have destroyed light emitting diodes (LEDs) in the past. Typically on purpose, by feeding them too much voltage until they burn out in a bright flash. It’s fun to do if you’ve got a variable power supply with a dial and can slowing crank up the voltage.

The rules you say? Yes. As in, you need a resistor when connecting an LED to an Arduino. This is just, like, a fact. You can get away with putting a resistor-less LED on an Arduino for testing, or learning, or a quick demo, but to do it right, always add an appropriate resistor inline.

There’s a web site called LEDCalc.com that helps you determine the appropriate resistor for the LED and voltage you are using. Tell it you’ve got 5 volts, one LED with a voltage drop of 2.0 volts, and want to give it 20 milliamps and it will tell you to use a 180 ohm resistor. (There’s fancy maths to figure this out as well, but I’m an artist who does not excel in maths.)

In the photo above you’ll see a (very bright) yellow LED connected to an Arduino Nano. (This Nano specifically is manufactured by Elegoo.) I have no resistor in my circuit, I have nothing else connected, just a single LED on a single pin, with a digital write to turn it on at full power. (As it were.)

I found this Arduino MEGA with 27 LEDs connected to 27 different pins, which I used for testing, and it seems fine as well. Granted, I don’t have all LEDs on at the same time for any real length of time. It’s a blinkenlights thing so lots of off time and some on time.

I’m now really tempted to change the code so it just turns on all 27 LEDs at once for an extended amount of time. I’m a bit curious about this whole thing now. I understand the reasoning behind current limiting resistors, but I’m wondering how that comes into play in the real world. One of the trickiest things I’ve dealt with when designing circuits is that they should work, they work on paper (or on the screen) but in the real world something goes wrong. EMF, physics, gremlins… whatever. Something you don’t expect comes along and screws things up… But this seems like the opposite, where we plan for what should/could go wrong, but then it doesn’t.