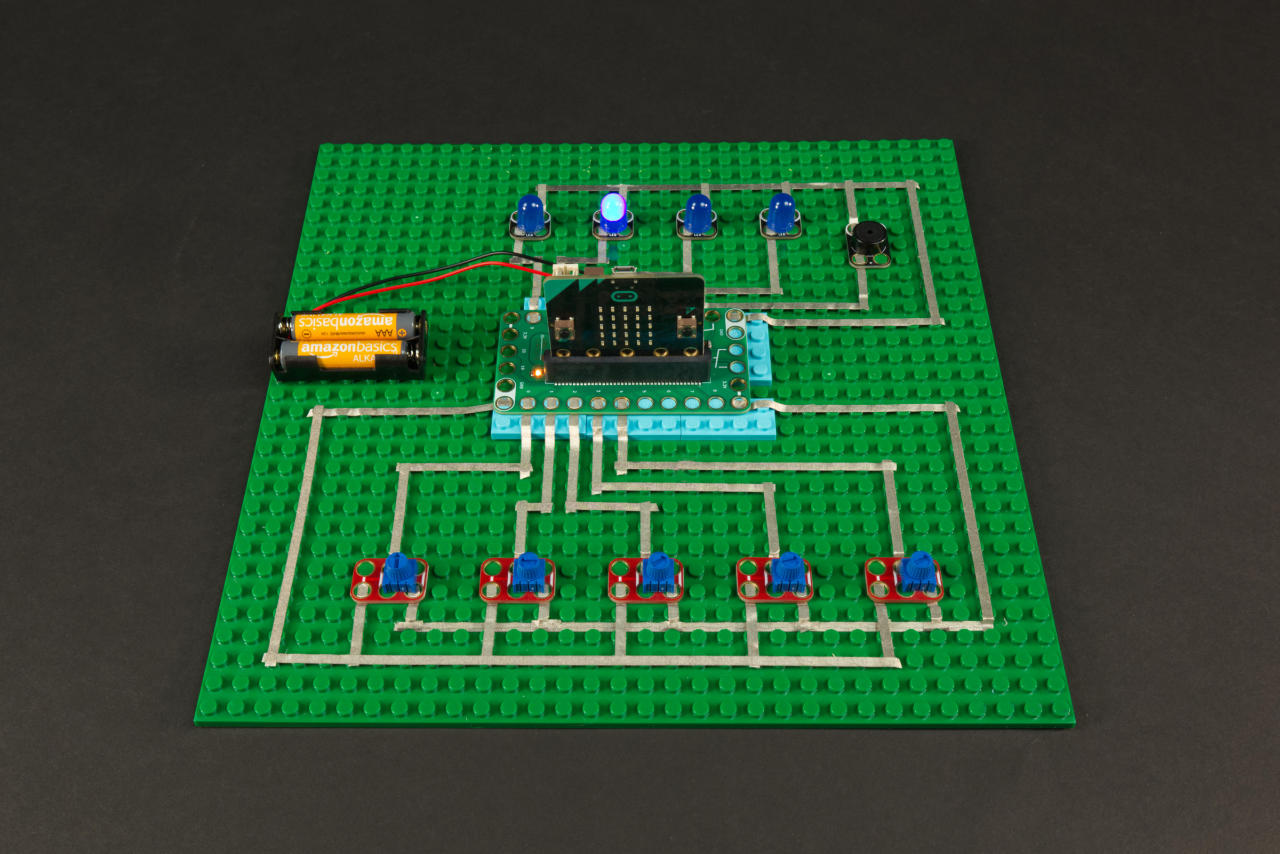 The first guide I published for Brown Dog Gadgets was a step sequencer using their Arduino-compatible Robotics Board back in April 2020. You may also remember my WMSE sculpture that was a step sequencer, and I never did a write-up on it, but I also built a step sequencer for an interactive museum exhibit years ago, which was kid-tough and focused on sequencing as a form of programming.

Anyway, since it was nearly a year from the first Crazy Circuits step sequencer I think I should revisit it as a micro:bit project. So here’s a guide to building a Bit Board & micro:bit Powered Step Sequencer. 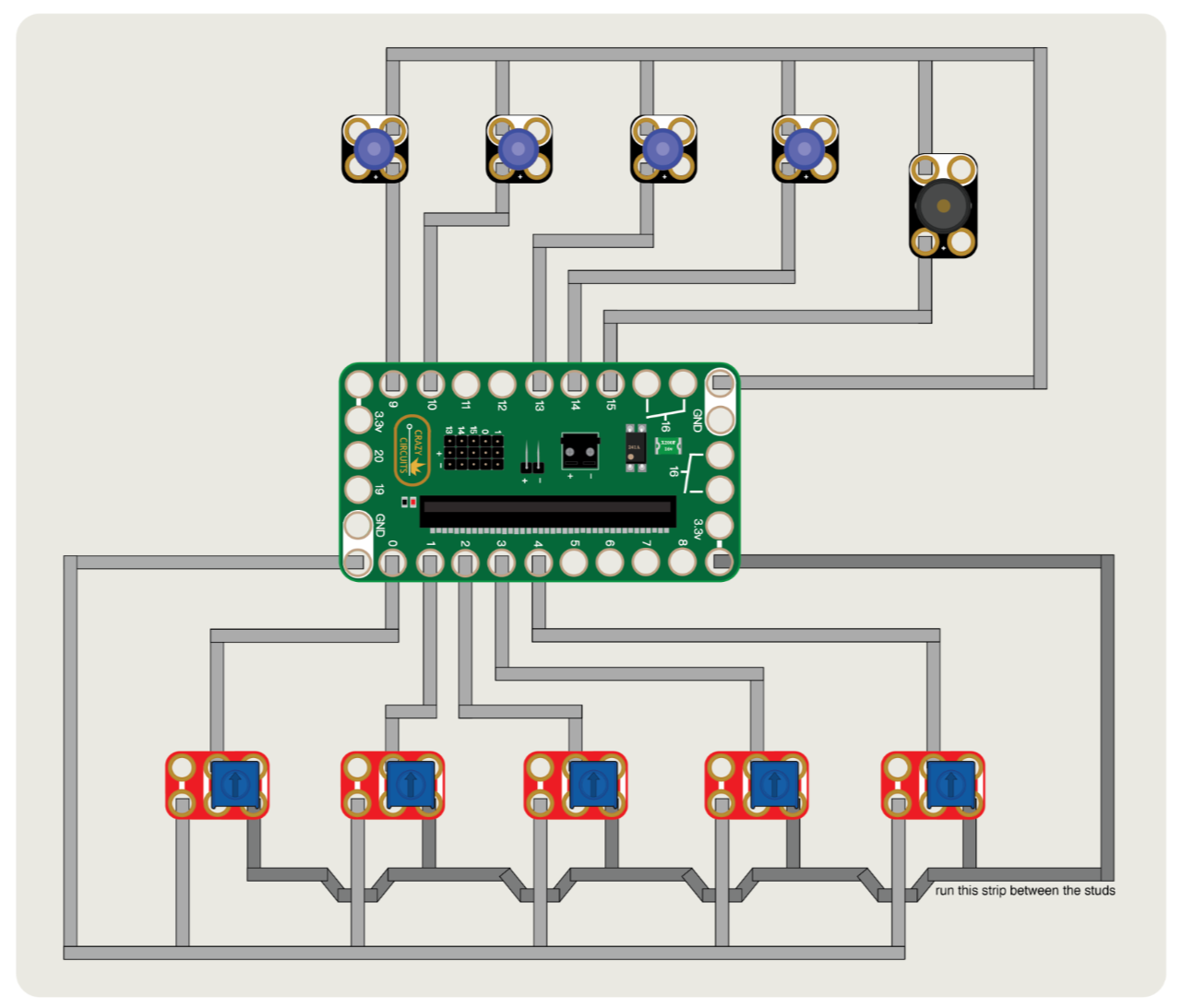 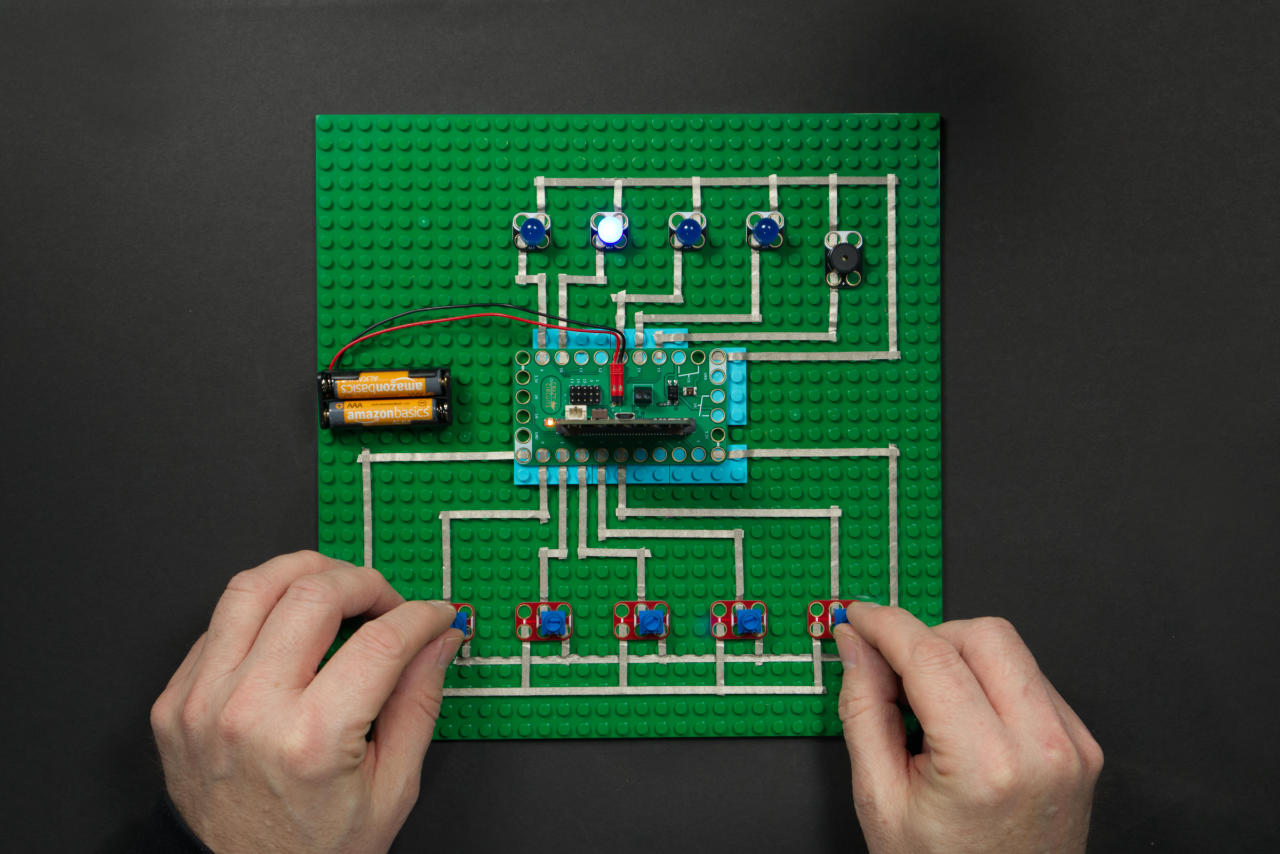 I’ve got a lot more micro:bit projects I’ve worked on in recent months, which you can check out in the Brown Dog Gadgets Project Database. 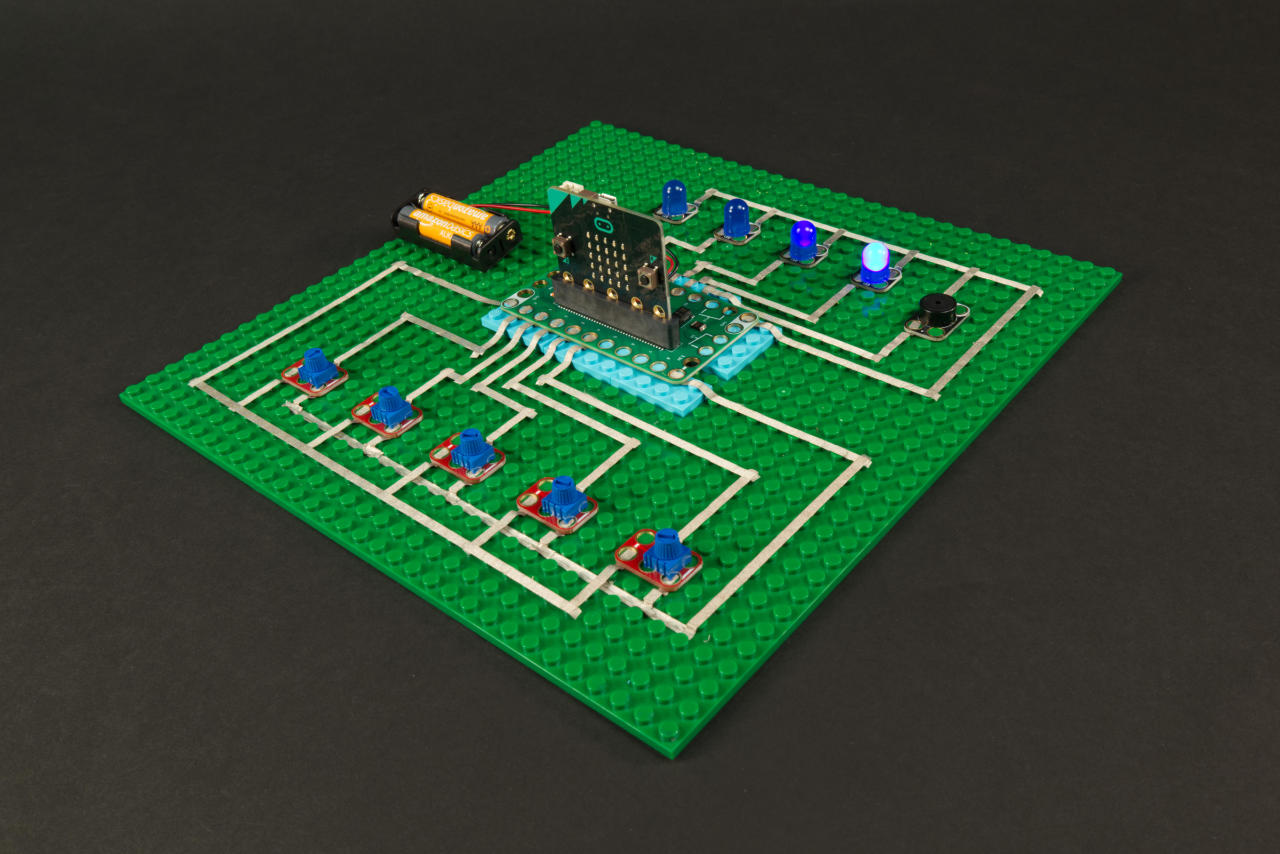