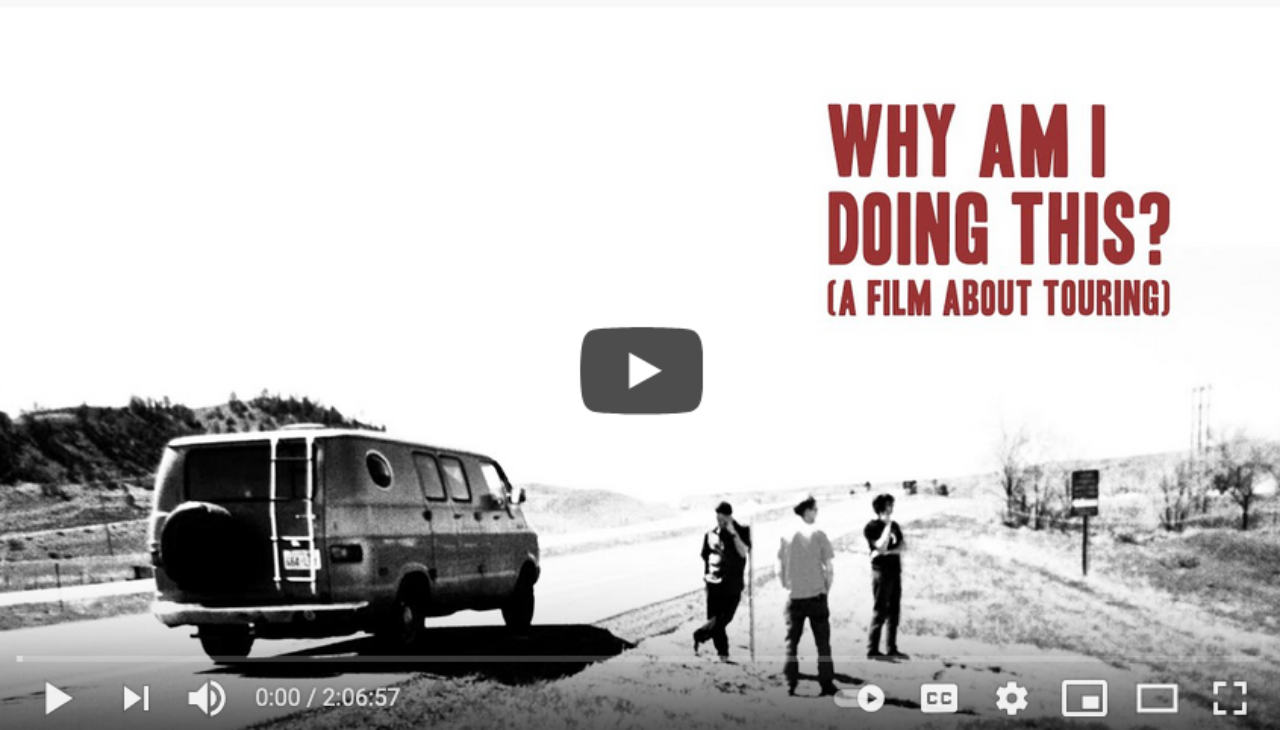 There’s a film about touring called “Why Am I Doing This? (A Film About Touring)” which you can watch on YouTube. It’s probably not for everyone, but if you were in a band and you went on tour you might enjoy it.

I was in a few bands, and went on a few tours, so I did enjoy it. The tours we did were only a week long, typically. I think we did one during spring break, one in the summer, and one over winter break. Since I was attending university at the time breaks were a good time to hit the road.

Some of the people in the film mentioned being in punk bands, and maybe it’s a little different for us versus straight-up “rock” bands. I think almost all of our shows were booked through other punks, not directly with clubs. We probably used the MRR “Book Your Own Fuckin’ Tour” feature. And eventually Book Your Own Fuckin’ Life when it came out in 1992. I don’t think I did much of the booking, honestly. I did own the van for two of the tours (and countless gig around the state since it was my daily driver.)

We never stayed in any motels. It was always at someone’s house. Usually not a punk house, but there were a few, none that were too crazy. At least once we just slept in the parking lot of the venue. Like, on the ground, in the van, on top of the van. (That was pretty terrible.)

I kind of want to write up separate posts for each tour, so maybe I’ll do that. It’s going to be difficult to remember everything so I’ll just write what I can remember and if it’s wrong one of my former bandmates can tell me what really happened.

I’m reminded of what Aaron Cometbus told me, or maybe he just wrote it in a zine… “Touring is the best, and touring is the worst.” The man is a damn poet.