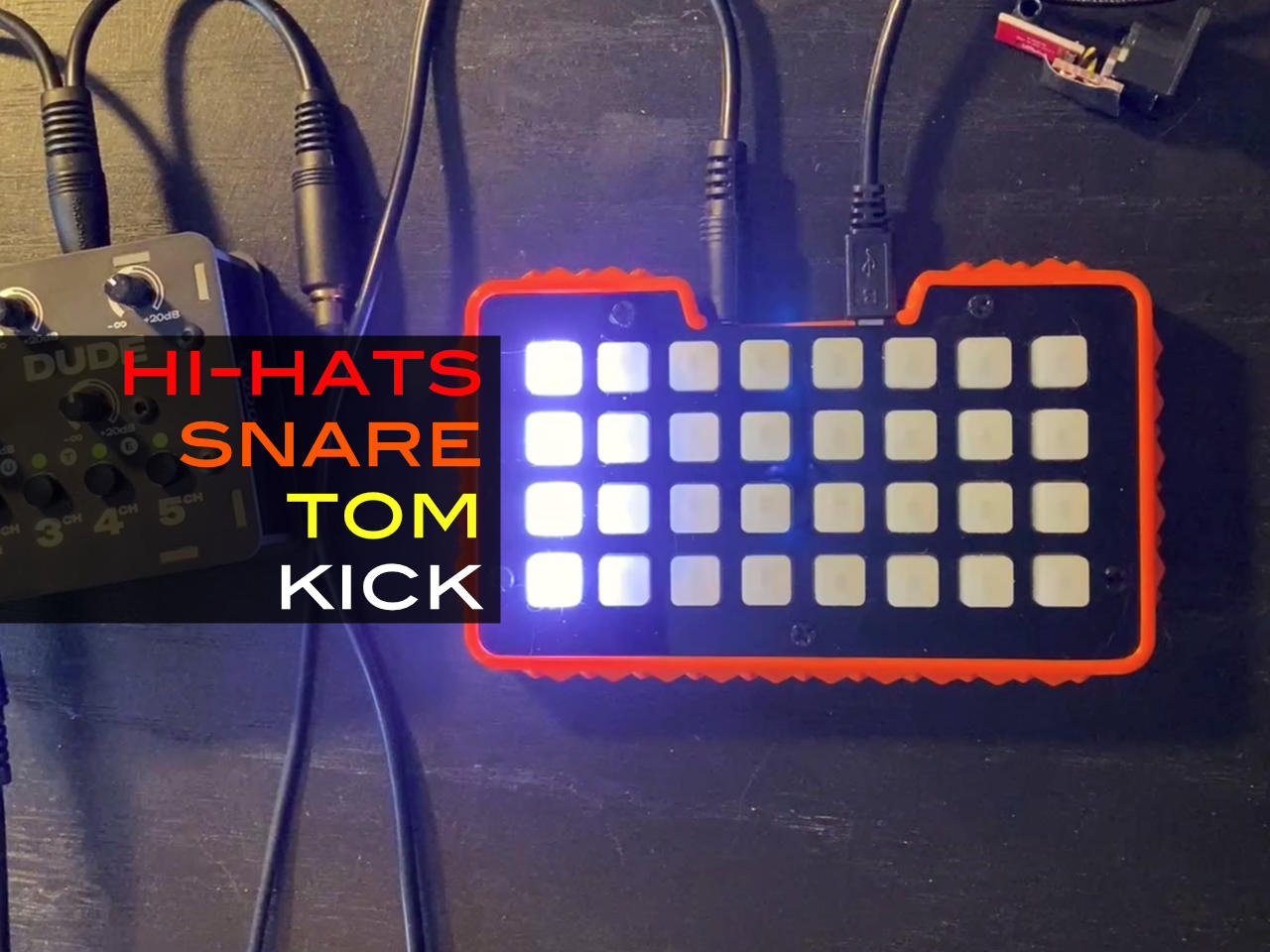 A while back (umm, last year?) old pal Kirby gave me an Adafruit NeoTrellis M4 with Enclosure and Buttons Kit Pack which I believe he got in an Adabox. At the time I was like, “Hey, this is neat!” and put it aside because I was busy with work. Well, I finally found it when I was cleaning the office and decided to dig a little deeper and discovered the demo code it shipped with was already running a minimal drum machine! They had some samples loaded up and it was a super-basic tracker. Fun! 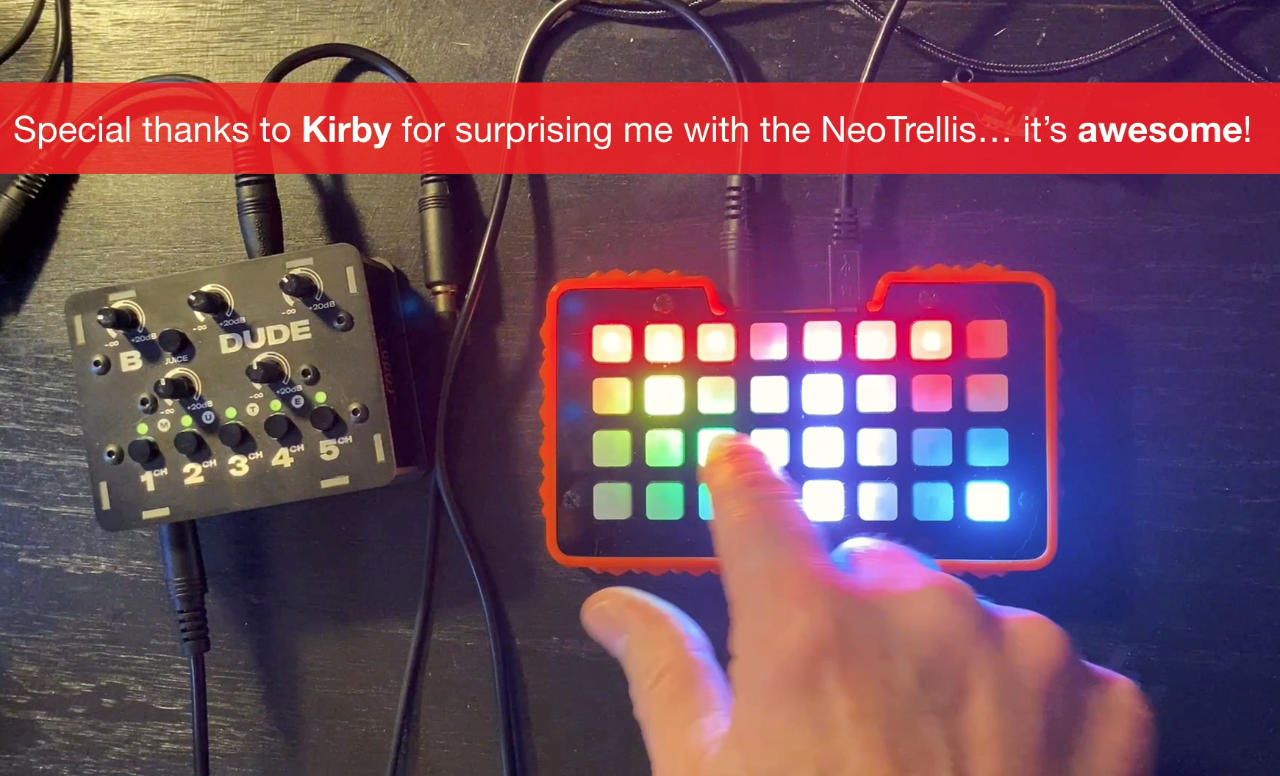 The provided samples were not that great so I grabbed a kick, tom, snare, and hi-hat from the classic Roland TR-808 which, well, you probably know. As for the Adafruit NeoTrellis, it’s is a fun little drum machine! A bit challenging, and definitely minimal, but worth spending some time with. The audio is running out of the NeoTrellis and through a Bastl Dude and filmed/recorded to an iPhone.

Note: I found this guide to Trellis M4 Beat Sequencers which should prove extremely useful! It’s way more capable than I imagined, which shouldn’t be surprising since it’s from Adafruit.