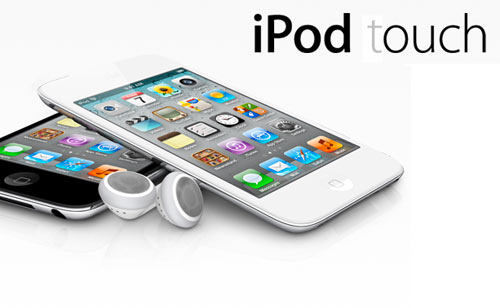 Remember when the iPod Touch 4G came out? My daughter sure does… it was about a month after her birthday… the birthday where she got an iPod Touch. The 4G had a camera, so she was a bit disappointed. I told her this was her first (harsh) lesson of the Apple World. A newer, better, faster, and shinier model will always be right around the corner.

Fast forward one year… She loves her iPod Touch. Sure, it doesn’t have a camera, but that’s fine. One day she tells me (while very upset) the the screen has a crack in it. I know she’s careful with it, and she claims she didn’t do anything that would have damaged it, but she does live in a house with many “rambunctious” siblings. I trust her, and tell her we’ll take it to the Apple Store and see what the options are. (It’s still usable, but the crack is pretty annoying.)

At the Apple Store, a kind and helpful employee says that since we do have AppleCare, we can use our “get out of jail free” card, and they’ll actually just swap the iPod for another one, at no charge. After a big, big thanks from us, and a warning to “be careful!” from the employee, we’re on our way. I figure it was the least they could do for the thousands of dollars I’ve spent with Apple over the years. (Oh, the original iPod was engraved with her name, so a tiny loss there.)

Fast forward to the release of iOS 5. I’m all set to update the iPod Touch, and it seems stuck at version 4, not wanting to update. It seems odd… I know we bought it right before the launch of the 4G model. I check the model number, see on Apple’s web site that it’s a 3G, and try again. No dice. I then dig through Apple’s Support Forums, where there are some notes about confusion between 2G and 3G and mislabeled model numbers. At this point, my daughter reminds me that we got a replacement, and we then start to believe that we were given a replacement model that was older/different than the original model we brought in. #damn

So at this point, were not even sure which model we originally had. After digging through my orders on Apple’s web site, I finally determine that we originally had a PC086LL/A, which is indeed a 2G iPod Touch. So no mistake on Apple’s part there… it’s all on us.

So what’s left? Not much. I just explain to her that even though you buy a piece of hardware from Apple, you can’t expect to run the newest software on it 16 months later. Of course it still works, and does all the stuff it did before iOS 5 came out, and that’s just fine right? We get so tempted by the new shiny stuff though… the stuff the tech sites hype up and convince you that you need.

That said, I still use the iPod I got back in 2005. It still does everything I need an iPod to do. It doesn’t run any apps, it just plays audio. But I fear those times are gone… and we’re stuck in a world of constantly wanting new hardware to keep up with the new software.