Our old pal Time Lapse Bot is back! And this time he visited Bucketworks for Spring Gallery Night 2012. Watch as the guys from Milwaukee Makerspace wow the crowd with their amazing making skills…

You can also view this video at blip.tv. The musical soundtrack is “Bogi Beat Budapest” by Budapest BluesBoy (feat. Church Choir Sv. Troica – furkosbot – presserror) and is licensed under a Creative Commons Attribution Noncommercial License. 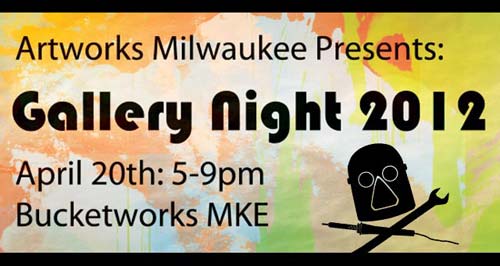 I’ll be joining my fellow makers from Milwaukee Makerspace for Spring Gallery Night this Friday, April 20th, 2012 at the World Famous Bucketworks in Milwaukee, Wisconsin…

The last month or so has been crazy-busy, and it’s been difficult to find the time to work on a project, and I ended up shelving a few ideas and building something I’ve wanted to build for the last two years or so. It’s another drawing machine… sort of. It’s still very much in-progress, but you can stop by and check it out (along with much cooler stuff from some of my friends.) 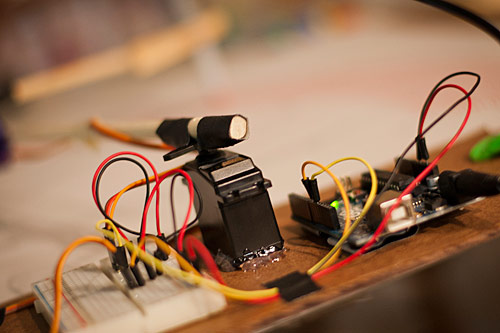 ArtWorks for Milwaukee will also be there, and they do some great work with Milwaukee-area youths, so even if you don’t like our crazy mix of art, technology, noise, and robots, come on down and show your support for the ArtWorks crew.

There was painting, and decorating, and soldering, and knitting, and 3D printing, and gourds, and ABS, and PCBs, and yearn, and glue, and even some glitter!

Big thanks to the Milwaukee Makerspace guys for teaching people to solder, and for helping me out with the wooden ornaments. More thanks to Bucketworks for hosting the event. Based on the feedback we got, I’m going to assume we’ll do it again next year.

Here’s a few snapshots I got during the event. 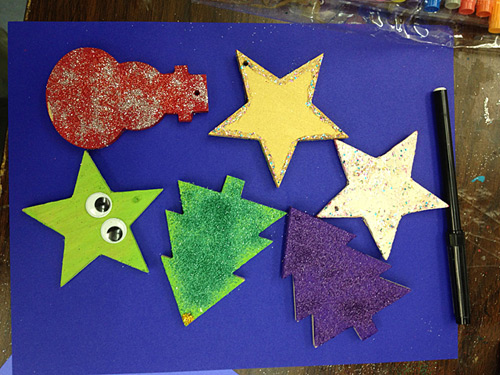 Some of the wooden ornaments painted and glittered up. (Thanks to Brant from Milwaukee Makerspace for the googly eyes.) 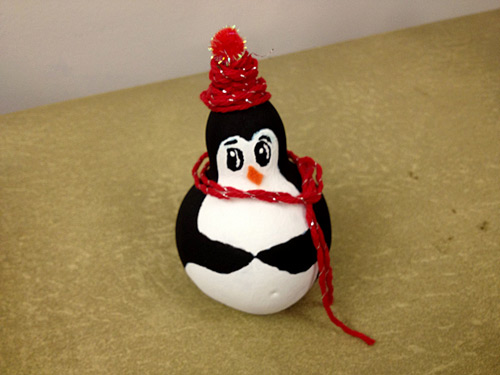 I’m not 100% sure but I think this dried gourd penguin was made by Amanda from Milwaukee Makerspace. (Please correct me if I’m wrong.) My kids told me it was the most awesome gourd they saw all day. 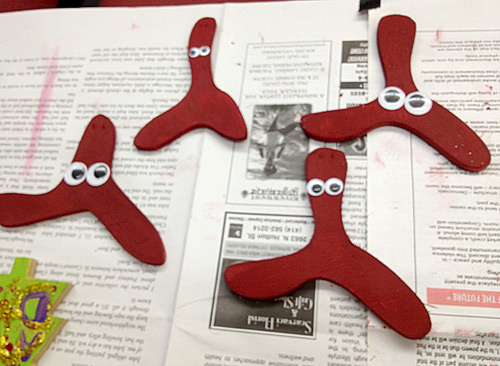 These reindeer from Brant are extra-cool because they were made from the scraps of the first test of my cucoloris design. They were sitting around the space near the CNC Router and he found a neat way to upcycle them. 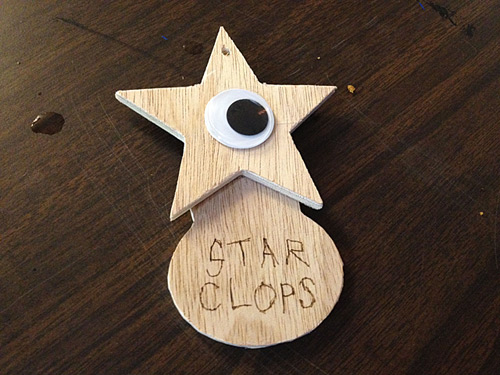 I may be biased, but Starclops, which was created by hot-gluing a star ornament onto a snowman ornament, adding a googly eye, and using a soldering iron to brand it, may be the best thing I made that day.

And finally, thanks to all the folks who showed up. Rather than battling the crowds at the malls you opted to join us and make something with your own hands… and that’s pretty cool. We need more of that in this world. :)

Join us Friday, November 25th, 2011 at Bucketworks in Milwaukee, Wisconsin for the 2011 Holiday Make-A-Thon!

The event is family friendly, fun, and free. (Though donations towards materials will be accepted.)

The guys from Milwaukee Makerspace will be there… so should you!

Some of the activities include:

See who else is coming (and RSVP) over on Facebook.

Those interested in helping out by volunteering, or who just want way more details, can check out this Atrium thread. 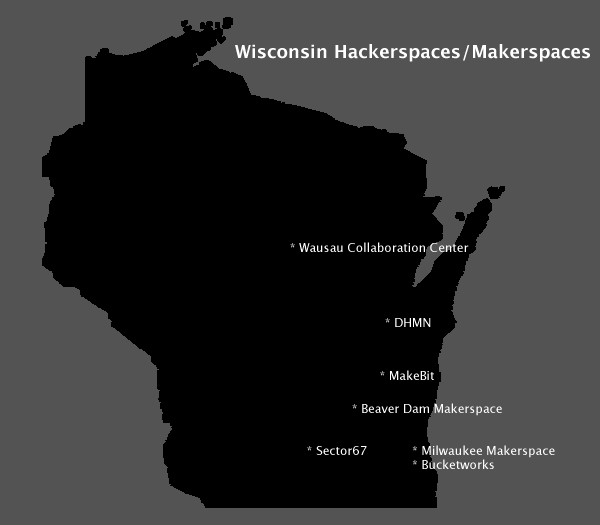