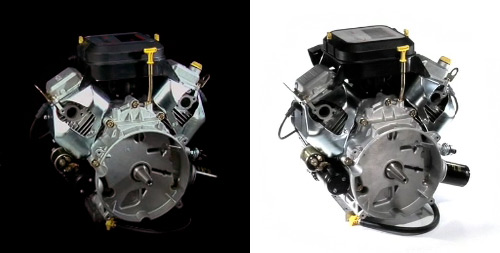 I’m really getting into video editing again, this time with Final Cut Express…

iMovie was a great tool for simple video, and pretty much everything I posted on tinkernet between 2005 and 2007 was done using iMovie, but I’m enjoying the advanced editing possible with Final Cut. (Here’s the first quick ‘n dirty video I did with Final Cut Express, which I shot using a Canon ZR800: MilwaukeeDevHouse1)

Over at Z2 I just completed a much larger project, a behind the scenes film showing how we shot a large-scale commercial for a car dealer. This was a mammoth project compared to the few minute shorts I’ve done in the past. I ended up logging 130+ minutes of footage I had filmed on a Sony PD150, as well as going through 440+ photos for the visuals, and did a bit of homework watching a lot of DVD extras I had available, before writing an outline of the piece, and then having Eric write the voice over script. I actually recorded the 1st and 2nd draft of the voice over myself to get it in place for the rough edit, before I engineered the final narration which was voiced by Joe Haas.

I also ended up shooting another 20+ minutes of interview footage to add into the final piece. Eric ended up helping a lot by doing most of the writing, and much of the picking and choosing of interview footage to use. Cory and Deb of Z2 acted as the producers making suggestions and comments along the way. I got a bit ambitious on the titles, which looked great, but definitely increased render time.

There were a few things that I felt thing could have been improved, mainly the audio. I didn’t have enough time to clean up all of the audio using Logic, so I ended up doing much of the editing and leveling in Final Cut, which was not ideal, but worked OK for the piece.

We ended up showing it at the Majestic Cinema in Brookfield, which was a blast. The crowd seemed to like it, of course, they were the stars of the feature. It was a little weird seeing my work projected on a full-size movie screen, but it was definitely very cool. I look forward to more video editing in the future.

A friend of mine, who does work in video production professionally, just purchased an upgrade from Final Cut Pro 3 to Final Cut Pro 5. In doing so, he provided his version 3 serial number, paid for the software, got it delivered, tried to install it, and that’s where things got messy…

After a phone call to Apple about this, and walking through it all again, the support guy asks for the version 3 serial number, and then says that number is a hacked serial number floating around the net. Now what?