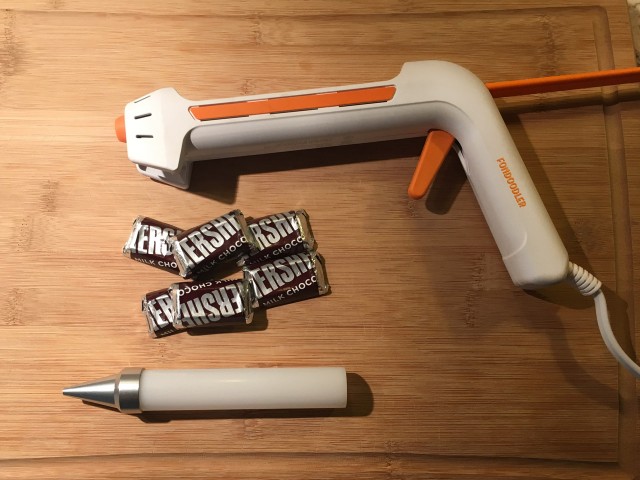 I picked up a 3D printing pen a while back, and yes, I should blog about it, but in the meantime I’ll just drop this post about the Fondoodler, which is a little like a 3D printing pen, but more like a hot glue gun for cheese… or chocolate!

When I got the Fondoodler (back in January) I tried it with some cheese, but didn’t really have time to experiment much beyond putting cheese on crackers, so I wanted to try chocolate, and since I had a camera at the ready, I documented the process. 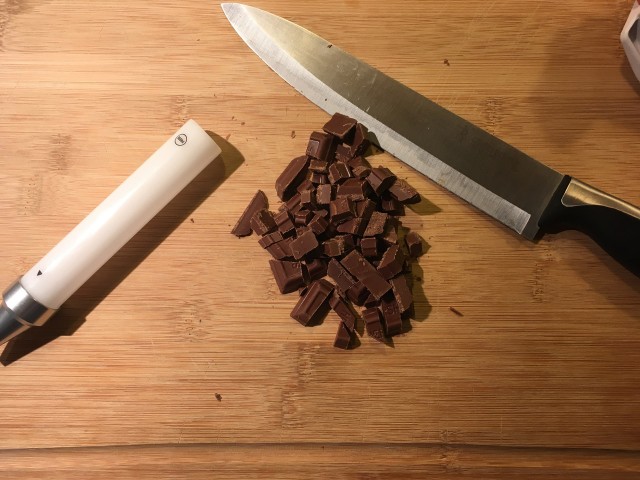 I started with a bunch of little Hershey Chocolate Bars and cut them up up fit in the feeder tube. When I did this with cheese it was easy to jam it in tight, which was more difficult with the chocolate. Perhaps cutting it into smaller pieces would have helped. 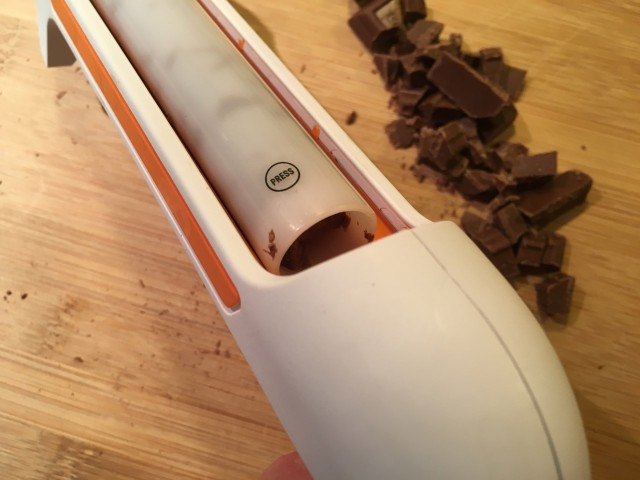 Once the feeder tube is loaded up you drop it into the gun, er, “Fondoodler” and then put in the push-stick so it operates like a glue gun with the trigger that advances the glue, but it pushes the stick forward (and the stick has a little Silicone piece that goes on the front end.

And then you make messes! If you’ve ever used a glue gun, you know that the flow is pretty consistent as you feed the glue in. With chocolate, it was hard to keep an even flow/pressure while using it. Now, this may have been because I had large pieces of chocolate and did not cut them down smaller, which may have led to air pockets. I don’t know… first test, and all that. 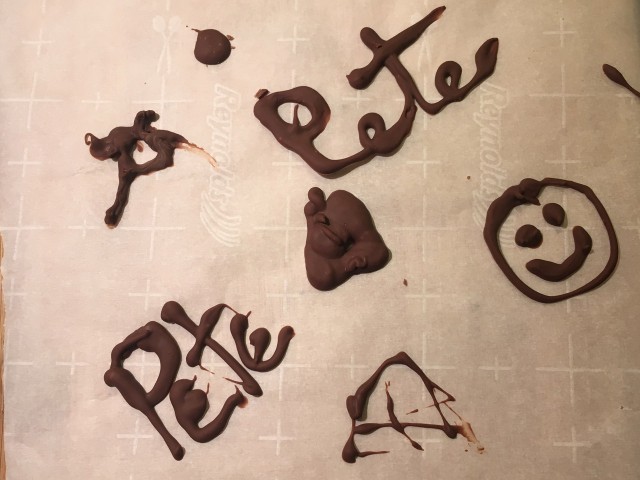 Here’s a few quick and dirty tests of running chocolate through the Fondoodler. Yeah, nothing too impressive yet. I made a few more attempts… (I used parchment paper as my “printing surface”.) 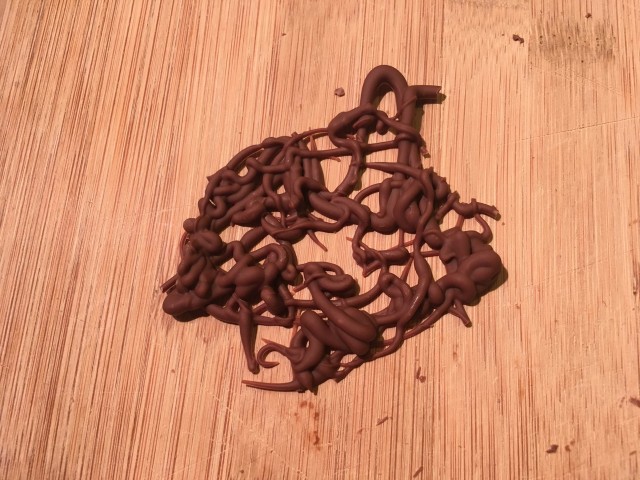 …and I got this awesome “chocolate pile” as I’m calling it. This could make a nice topping for a cake or some other dessert. Maybe. If anything, it’s abstract art. In chocolate. That you can eat. The best thing about the Fondoodler may be that you can eat your mistakes. 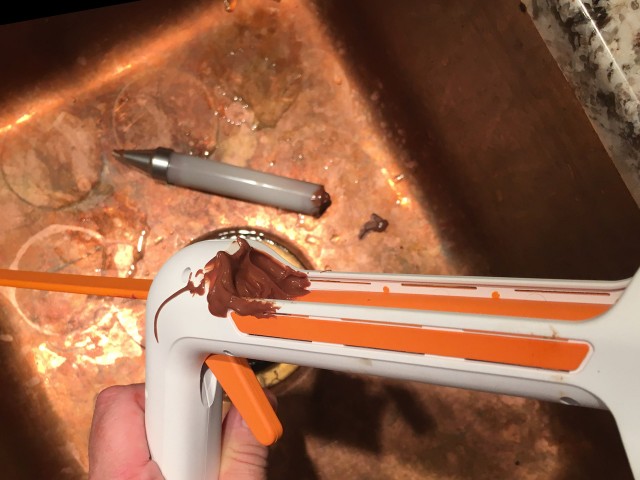 Cleanup was, a bit of a mess. (“Mess” seems to the operative word for this experiment.) The chocolate got all over the Fondoodler, and required quite a bit of cleaning! I ended up spraying a lot of water over everything, which should be fine, as long as it all dries out before I plug it in again. (The Fondoodler does come with a special cleaning brush for clearing out the tip. It works well, for the tip.) When I tried using cheese I did not have these problems. 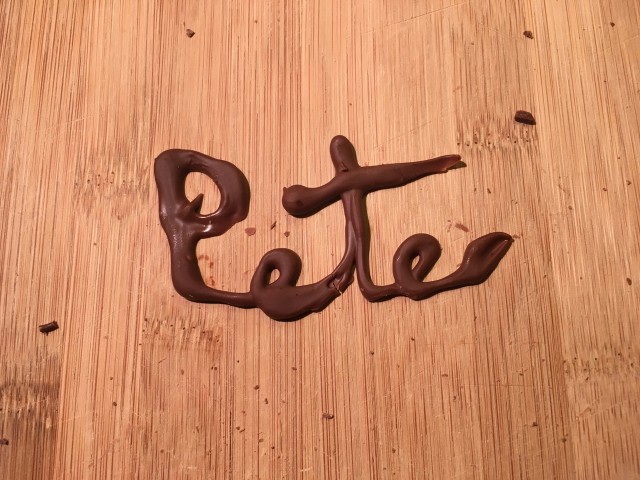 Probably my best piece… “Pete” in chocolate, which sounds amazing, if I do say so myself!

I’m sure I’ll try a few more Fondoodler experiments now that I’ve got some idea what’s possible and how it works (and doesn’t work.)