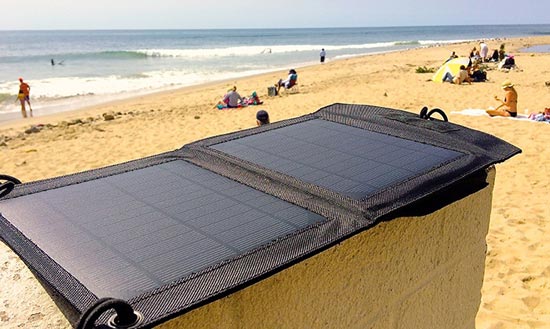 For the past nine months I’ve been working with Brown Dog Gadgets on a number of projects. It’s been mostly kits for the educational market, and I’ve done a lot of design work, and a bit of electronics prototyping, as well as writing code and lending a bit of advice about marketing. The most recent project is The Badger, a waterproof USB solar charger.

You may remember that two years ago Josh launched a campaign for solar chargers and it did pretty well. Since then he’s taken feedback and requests from customers and came up with The Badger, which offers a number of improvements, mainly the waterproof qualities, but it’s also a damn tough panel! We’ve run it over with a car, dropped a bowling ball on it, and shot at it with a gun. Oh, it also sat it water for two days, and worked just fine when we pulled it out. 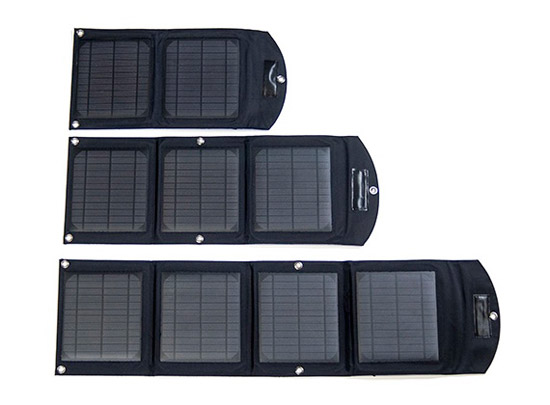 Why am I telling you all of this? Well, if you need a solar panel for any outdoor activity, these are pretty awesome. And, if you back the project, not only will you get a great charger, you will help fund my work. Yes, that’s right. Josh and I have a few projects we’d love to launch, but they depend on this Kickstarter campaign being successful. The more successful the campaign is, the more we can produce. What will we be creating? It may be programmable drawing machines, or creative robotics projects, or some combination of those (or something else.) Whatever is it, it will inspire kids (and adults) to learn and be creative and have fun.

So yes, get yourself a panel, or a power bank, or just toss a few bucks our way, and we’ll start cranking out some interesting kits. That’s the plan. Check out the video below, or head right to the Kickstarter page.

Kickstarter is described as a new way to fund and follow creativity.

While I’m pretty sure this model of fund raising isn’t entirely new, I don’t know if it’s been used this successfully before. Kickstarter got it’s biggest boost from the Diaspora* project which was profiled in the New York Times. The Diaspora* team gave themselves 39 days to raise $10,000, and amazingly enough, they raised it in just 12 days. At this point 6,479 people had donated over $200,642 to help them make their project happen. (Yeah, I’m one of them.)

Since Kickstarter got it’s name out there, more and more people have been utilizing it to help fund their projects. Right now if you go to kickstarter.com you’ll see people trying to find funding for their projects dealing with such things as art, film, food, technology, dance, books, comics, and on and on. Pitch a dollar here and there – it may be the cheapest way to support the arts.

And Kickstarter doesn’t just provide an infrastructure to make this happen, they actively work towards publicizing projects. On the home page you’ll find a “Project of the Day”, and on Twitter you can follow @kickstarter, or for the real highlights, see the Kickstarter Blog.

As for the people looking to fund their projects, it’s in their best interest to promote what they are doing, and to drive people to their project page. For instance, Natali wants to start an “UberDork Cafe” in Milwaukee. You can track the progress of how much money has been raised, who is backing the project, any comments from people, and updates from the project starter. (There’s even a film starring Leslie Nielsen listed on the site!)

When I started my film a few years ago, people told me they would back it, but none (except for KeVRoN) really followed through (which is fine, as I’m committed to finishing it with our without external funding.) If Kickstarter had been an option for me back then, I probably would have considered using it. While I said I would complete the project even without funding, there’s no doubt funding would have a hand it making things happen much faster, because as it is, it’s a “passion project” and it always ends up taking the back seat to paying work, because if the bills don’t get paid, well, we’ve got a bigger problem.

I plan on keeping an eye on Kickstarter though, and pitching in when projects come along and interest me, and as a supporter of the arts, I’d love to see you do the same.