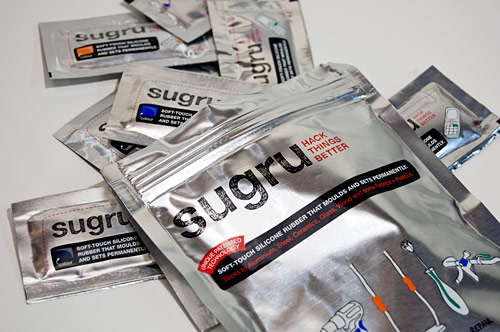 I remember hearing about sugru last year, and looking through some of the ways people have used it, and thought I should get some of this magical substance to play with. What is sugru? Well, it’s a magical material that cures at room temperature, is self-adhesive, waterproof, flexible, and dishwasher-proof. See the blog for more info.

One thing that’s been broken in our house for a while is the electric griddle. I’ve had it for a long time, and it still works, and I’m a fan of repairing rather than replacing things, as it helps save money, as well as the planet. We’ve been using the griddle for years, but have always been annoyed at the cracked edge piece. 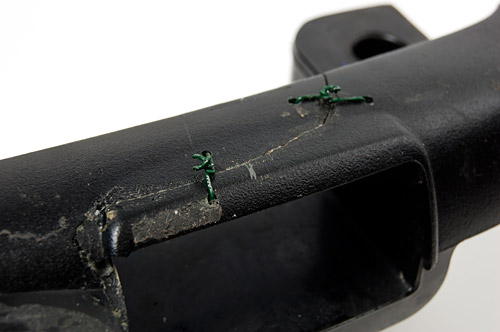 I ended up drilling a few small holes and twisting up some wire to bind the broken pieces together. Wire worked great for this. I didn’t want to mess around with trying to fit a small piece of metal, or any sort of screws in place. But the wire isn’t exactly pretty… and it’s got those pointy ends. 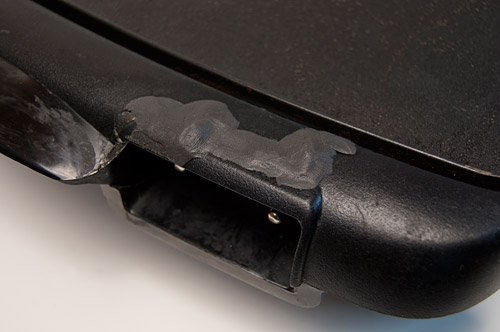 sugru to the rescue… I took the black sugru and molded it around the top of the crack, covering the wire. It’s still not the prettiest thing in the world, but it’s a big improvement.

My only complaint about sugru is that it has a shelf life of about 6 months, but then again… once you start using it, you start to see all the little things around the house that sugru could make better, so chances are, I’ll have used it all up 6 months from now anyway. :)