So what is the Gentleman Hacker or Lady Maker listening to nowadays in the way of podcasts? I don’t know… but I can tell you what I’ve been hearing. Here’s a round-up of some of my most recent podcast delights.

Hackerspace Digest
Recorded by the crew at Makers Local 256 in Huntsville, Alabama, the Hackerspace Digest is one of my favorites (and not just because they’ve mentioned Milwaukee Makerspace and myself a few times.) They typically talk about things happening at other hackerspaces as well as things they’ve been working on. Most of their focus seems to be US-based spaces, which is fine… we’ll get all international later. They provide ogg files for people who love freedom, and mp3 files for people who love convenience. Check it out.. Hackerspace Digest is probably one of my favorite podcasts right now.

Hack All The Spaces
I was excited to hear about a podcast from the UK! Out of Nottinghack came the “Hack All The Spaces” podcast. The members of the London Hackspace tend to talk about UK hackspaces (yeah, they are called “hackspaces” over there instead of “hackerspaces”) and ramble on about various hacking/making related topics. The audio quality still needs to improve, especially since they are no longer in the same physical location when they record. All podcasters: If you’re not using The Levelator, you should be! I often have problems listening in the car due to the difference in audio levels. (Granted, my car is pretty noisy.)

The Hackables
As long as we’re across the pond… a fairly new podcast called “The Hackables” put out two episodes (000 and 001) so far and the second (001) was better than the first (000) so that’s good! They are a motley bunch, sort of like the Hackerspace Digest crew, but with British accents and a lot more laughing. (I love British accents, and if you’re doing a UK podcast and you don’t have a British accent, you should get one!)

The Amp Hour
Alright, let’s head over to Australia and… Cleveland? The Amp Hour is two engineers talking about electronics (and other things) in a no-bull manner. I’ll admit that Dave took a little bit to get used to, but he’s pretty hilarious, and both he and Chris are smart guys. The Amp Hour gets a little too “electrical engineery” for me on occasion, but it’s definitely informative and entertaining.

Robots Podcast
Welcome… to The World of Robotics! If you’re into robotics, this is the podcast for you. It covers uh, the world of robotics… from researchers to commercial robotics companies, and the latest news and events. It’s about robots, duh. (It’s also a bit more professionally produced than a few of the others I’ve mentioned.)

Make: Talk
Our friends at Make have been talking to the makers who make the articles that show up in Make. Make: Talk is a fun series where Mark Frauenfelder interviews people about the cool stuff they do. So far they’ve all been pretty interesting to me but I think my favorite is still the one with Steve Hoefer. If you like Make you’ll probably like Make: Talk.

The Engineering Commons
Chris Gammell from The Amp Hour wasn’t satisfied doing just one podcast so he teamed up with Jeff Shelton to launch a new engineering podcast. As of right now they’ve only done two episodes, so it’s early days, but it could be one to keep an eye on.

Engineer Vs. Designer
New to me (but they’ve done nearly 40 episodes) is a podcast with an engineer and a designer which they are surprisingly calling Engineer Vs. Designer. I’ve listened to two episodes, and I’ve got plenty more I want to dig into. EvD is a pretty polished podcast, which fits them well.

So that’s my current list of “podcasts that I am listening to” right now. If I’ve missed any you think I should be listening to, or have any good recommendations, or just want to tell me what you are listening to… please do!

Yak Shaving is described as “any seemingly pointless activity which is actually necessary to solve a problem which solves a problem which, several levels of recursion later, solves the real problem you’re working on” or something like that.

I’m not 100% sure this would be considered yak shaving, but I’m working on something that requires random pages to be served from DokuWiki, just like the built-in function that MediaWiki has. (I used to use MediaWiki, but switched to DokuWiki, and like it much better. We also use it for the Milwaukee Makerspace wiki.)

There is a random page plugin for DokuWiki, which did not work. So I took the existing code, poked at it a bit, mainly by comparing to other plugins that did work and making simple edits, and got it working. (YMMV obviously.)

Because I’m a believer in “doing the right thing” and helping other people in their quest to not reinvent the wheel and stay DRY, I figured there was more to do…

So I emailed the original author of the plugin. I’ve not gotten an email back yet. Also, he (or she) appears to be French, and I’m a stupid American who can’t read French. (I’m not even sure why I mentioned that part.)

Anyway, I was happy that I fixed something so I figured I’d toss it on the old GitHub in case someone else was looking for a random page plugin for DokuWiki that (seems to) work.

Oh, and not content to not mention something I did, I posted the link on Google+, which was picked up by Nils Hitze who mentioned it to Andreas Gohr, who happens to be the author of DokuWiki (who I follow anyway, because he’s a RepRapper too) and he suggested I adopt the (possibly orphaned) plugin.

tl;dr → I fixed the Random Page plugin for DokuWiki. You can grab it from GitHub.

Also, this is how the f’ing Internet works! 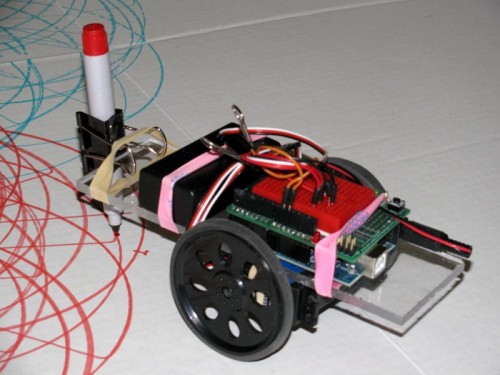 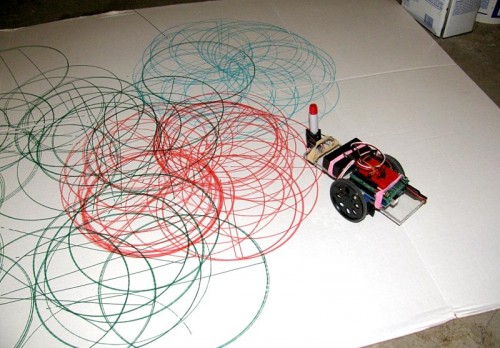 By Popular demand (meaning, at least a few people asked) here’s a short video featuring the Twitter Monkey. Because really, what’s a project without a poorly produced video!?