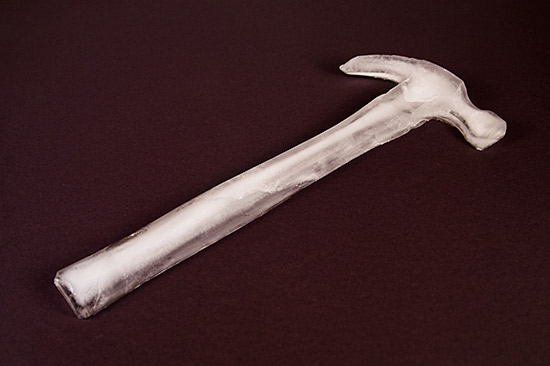 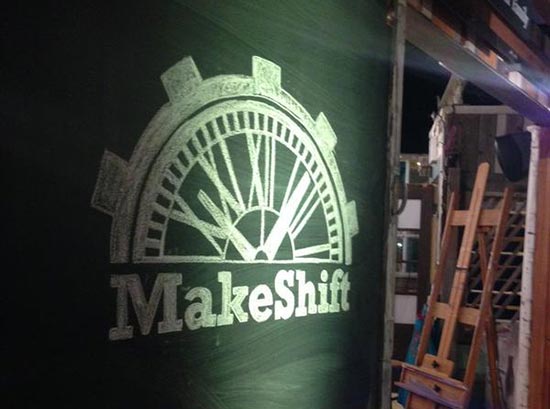 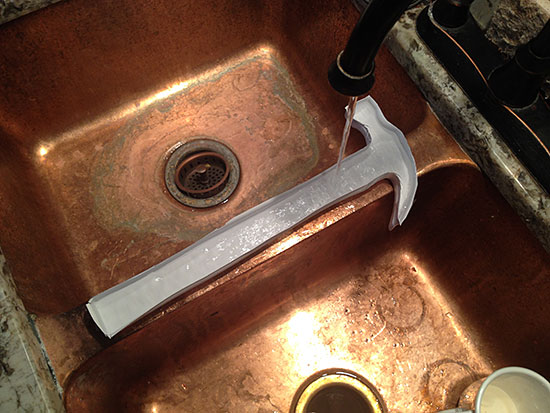 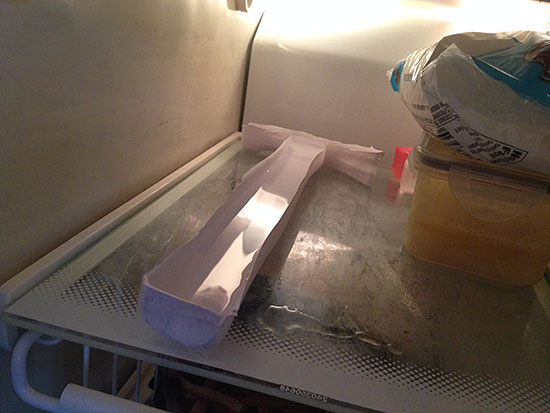 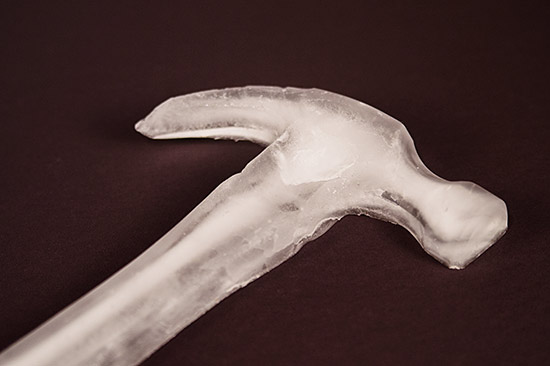 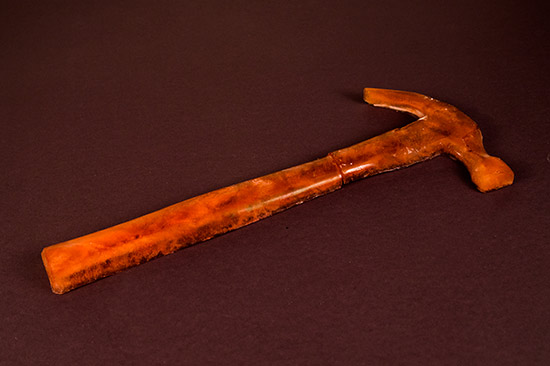 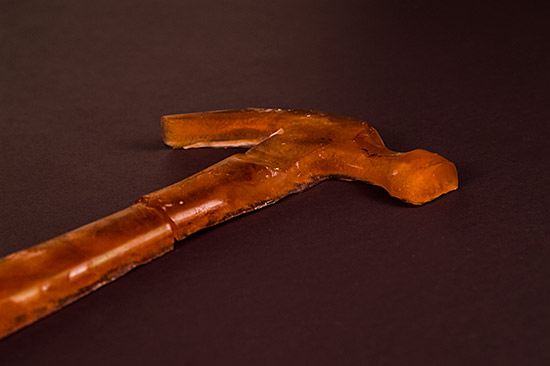 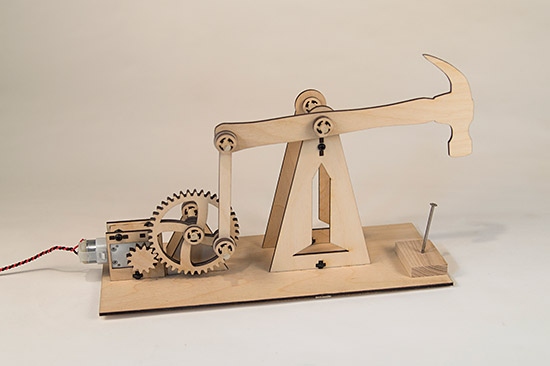 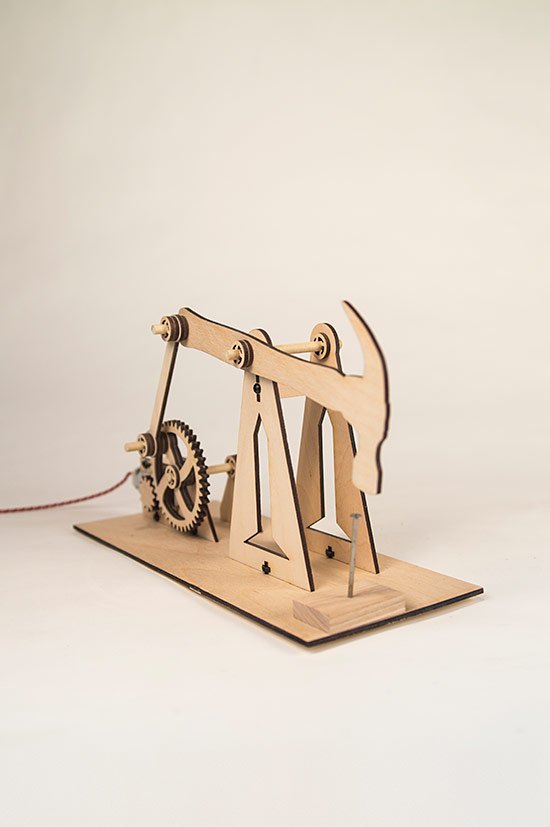 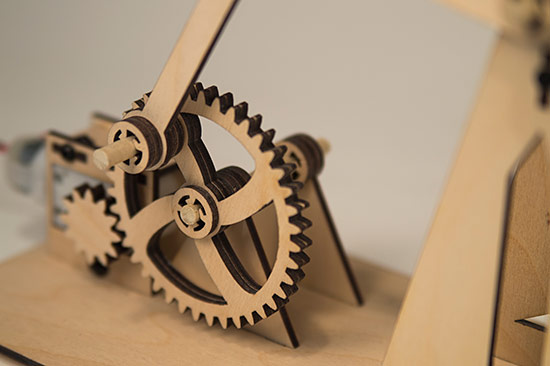 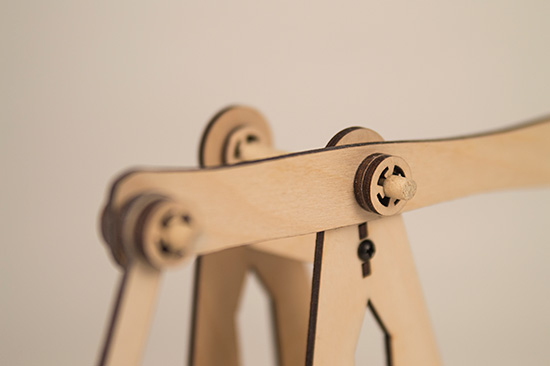 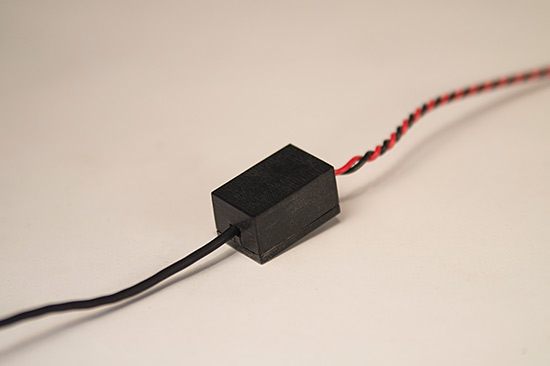 We use tools and machines to extend the reach of the human body. Our expectations do not always live up to our dreams. The Hammer of Futility is a kinetic sculpture created from laser-cut wood that consists of a hammer attempting to hit a nail, and failing, repeatedly. The piece was designed with software, and cut from wood using a laser cutter, then hand assembled, and wired for motion.