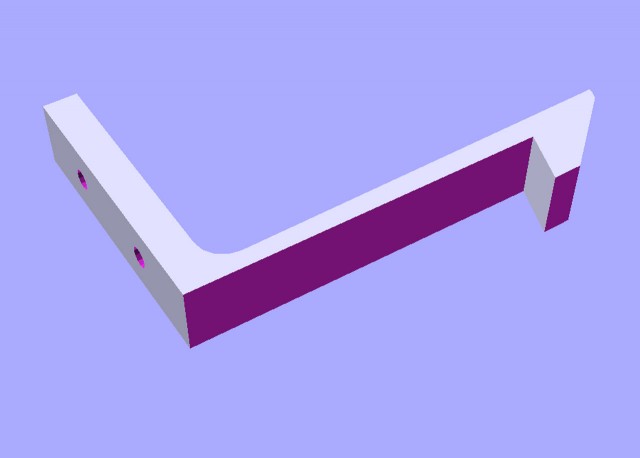 Our new(-ish) kitten is still getting into trouble on a daily basis, and he occasionally opens up the kitchen cabinet doors, and either crawls inside, or worse, gets into the trash can and has a good ‘ole time. Not cool, kitten! The solution was simple, those child-proof cabinet door locks. I took a quick look on Amazon and found some, but they typically come in a 12 pack or 20 pack or some other number that makes sense to put on all of your cabinets. Of course, when you’ve got a 3D printer, why bother ordering things you can just print out? 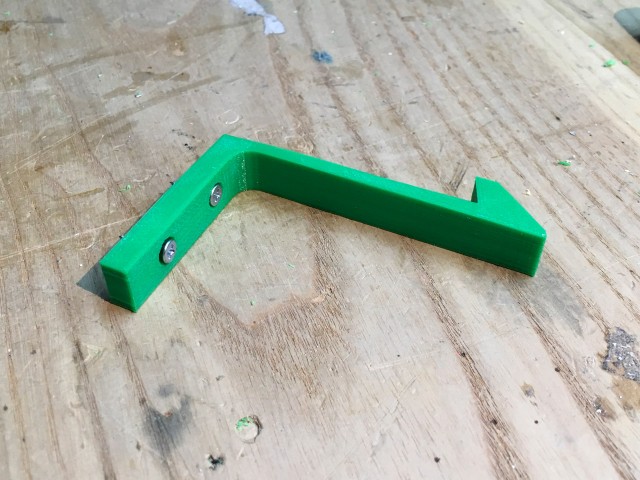 I found Child safety lock for cabinet/cupboard on Thingiverse, printed one, and put it on the cabinet that has the trash can. Problem solved! I printed two more, one for the cabinet with the pots and pans, because who wants cat fur in their frying pan? And the third was for the cabinet where we keep the cat food. It’s probably a good idea to keep him out of that one. 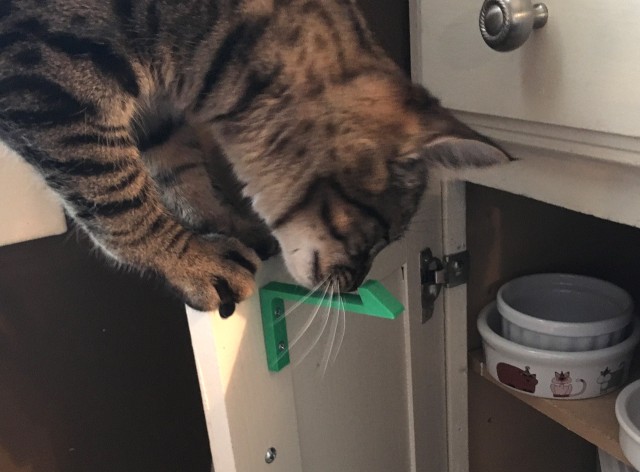 Here’s Mr. Kitten inspecting my handiwork. Or maybe he’s just trying to figure out how to get around this terrible device. This is one of those things where I probably would have enjoyed 3D modeling this part, but I was able to find one someone already created, and best of all, it was created in OpenSCAD, which was nice because I could easily alter it, and I could learn from looking at code someone else wrote. Win all around. 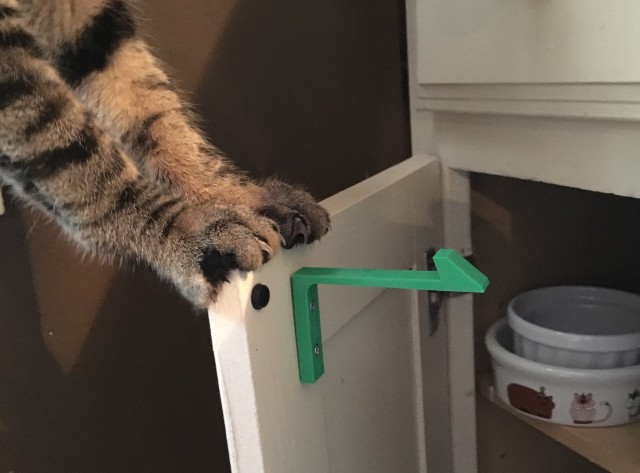