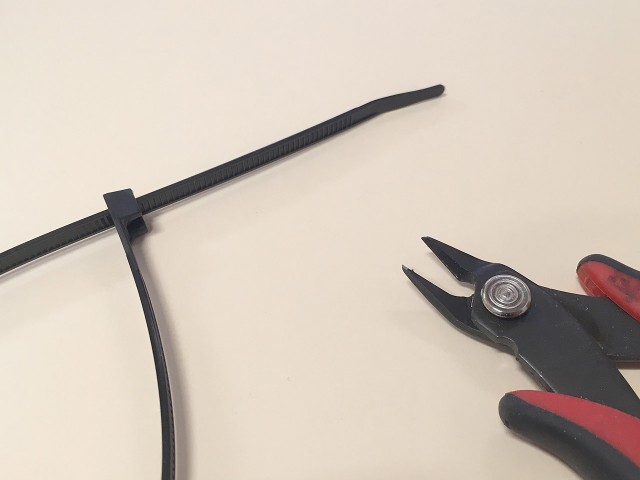 I had to make a short illustrated guide showing how to properly cut zip ties to avoid damage and injury, so I figured I should share it here as well.

When using zip ties care must be taken in cutting off the excess ends. To cut the ends off properly, we should use the right tool. Do not attempt to cut the zip tie ends with a knife or scissors, instead we will use a diagonal cutter, typically used for electronics work. 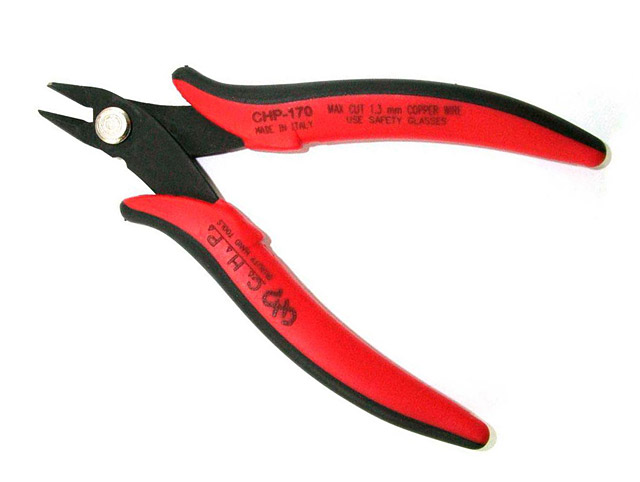 The cutter we use is the Hakko CHP-170 Micro Soft Wire Cutter. These can be purchased from Amazon and other online shops as well as local stores. Other cutters can be used, but you should look for fine point flush cutters that are meant to cut small things. 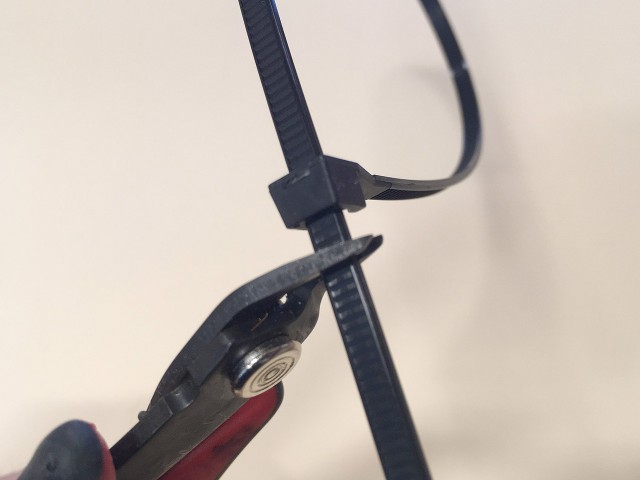 Once you put a zip tie on something you’ll have an end sticking out which needs to be trimmed shorter. Depending on the application you may be able to leave the longer end on, but for some specific purposes cutting them off makes sense. (One example where leaving them longer could cause issues if there were chance of eye injury caused by the end of a zip tie.)

In the photo above we see the start of the incorrect method of cutting off a zip tie end. Using this method will result in a sharp edge. 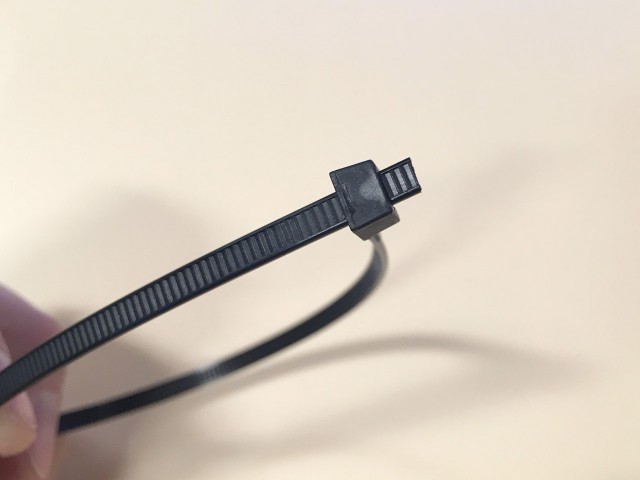 Here’s a zip tie cut incorrectly which now has a sharp edge. The short piece of plastic is much more rigid than the longer piece which has some flex to it. We’ve effectively made a small blade. 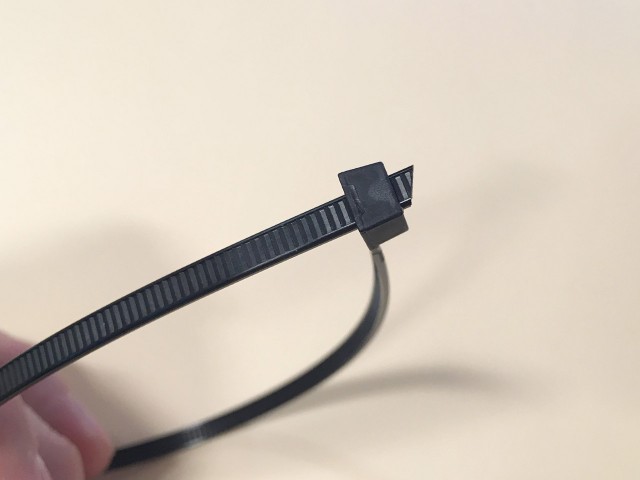 This one is even worse! We’ve now got a sharpened edge with a point. The edge of this zip tie can cut through fabric and even skin. We usually want to avoid damage and injuries. (Of course if you want to use zip ties as weapons, you can stop reading now.) 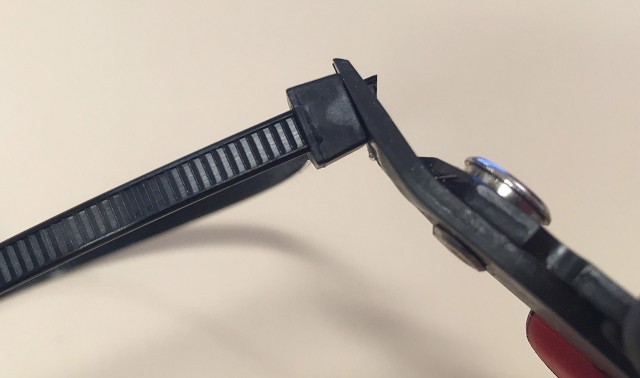 Here is the correct way to trim the excess from a zip tie. Hold the cutter as close as you can to the head of the zip tie, and cut off the end. (Obviously you should start with this cut and skip the steps where I cut the zip tie end into a blade… I forgot to get a photo of cutting a long one for this step!) 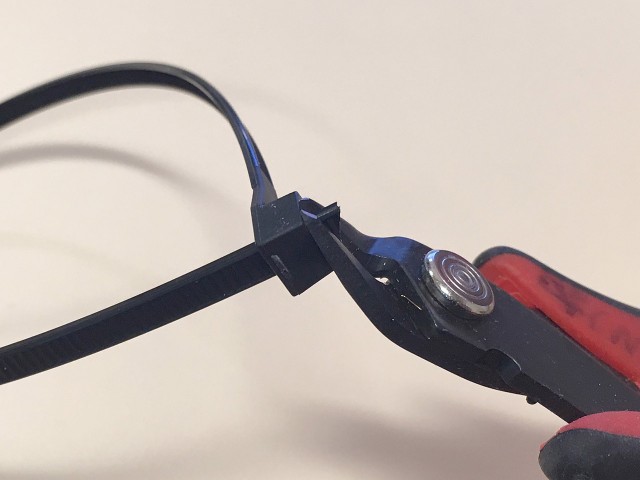 Get your cutter nice and flush against the head of the zip tie. Make sure there’s no excess sticking out before you cut it. 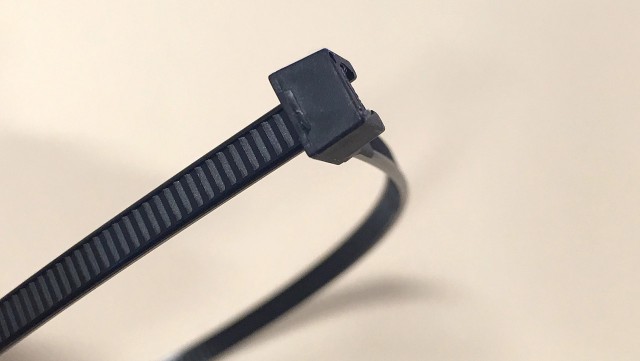 Here is the result of properly trimming a zip tie. There is no excess to cause injury or damage. Consider this safe(r).

You should be able to run your finger over the head of the zip tie where you cut off the excess and it should be smooth. You should not feel any sharp edge. If you do feel a sharp edge, try the trim again, and if that doesn’t work, replace the zip tie with a new one and trim it properly.

I hope you found this short guide to properly cutting zip ties useful. Let’s all be careful out there!