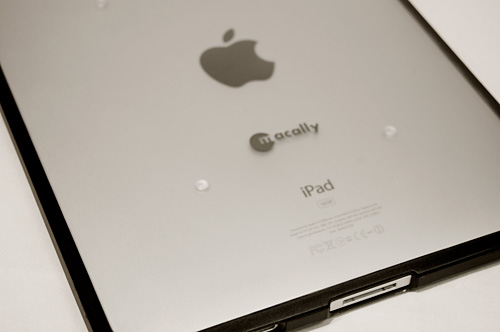 I finally got a case for my iPad. I’ve used the Apple iPad case with one of the iPads we have at the office. It seems like a nice case, and I contemplated getting one. I do think it’s overpriced at $40 (but it is from Apple.) I did some searching and found that so many cases were made of leather or some other leather-like material, or folded, or had stands built-in, or pockets, or other weird stuff. All I really wanted was a simple case to add a bit of protection. When I got my iPhone I bought the cheapest case the AT&T store had, and I actually really like it. It’s just a no-frills slip-on rubberized cover. This is pretty much what I wanted for the iPad.

I finally found the Macally METROLPAD which, despite being listed for $29.99 on the Macally site, was available for about $13 on Amazon

. (There’s a few other cheap Macally cases on Amazon as well.)

I typically hold the iPad with both hands, often while sitting on the couch, or while laying in bed. I do a lot of reading so it’s common for me to hold the iPad with two hands, swiping or touching to get to the next item. I didn’t want a bulky case with any sort of cover or flap to deal with. I don’t do a whole lot of typing or playing games, both of which probably lean more towards resting the iPad on your legs or something. 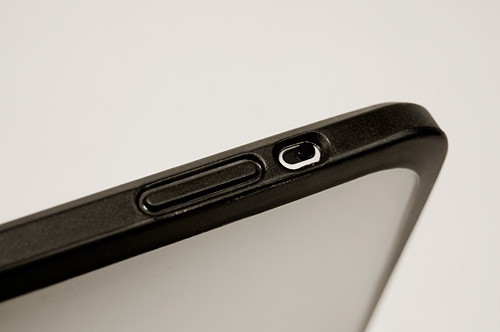 The METROLPAD does have (at least) one annoying feature. The volume control is not exposed, but instead contolled via pushing on a “rocker” type piece of the case. And I mean pushing. It takes a good amount of pressure to get it to work. Maybe it will loosen up over time (or maybe I need to hack my own solution.) The mute slider switch is also hard to move. I can get at it with my pinky finger… most of the time.

I’m really liking the Macally METROLPAD. It was well worth the $13 I paid. I’m glad I didn’t drop $40 on a different case not knowing if I’d like it or not. I’d recommend the METROLPAD if you just want a simple cover-type case. Note that I do have an old laptop sleeve I put the iPad into if it’s going in my backpack to take somewhere. If you want the best of both words, either use this case, and a sleeve, or look for another solution. This one works for me though, so take that as you will.

Oh, I didn’t talk about how I stand the iPad up… Well, there’s always the next post. 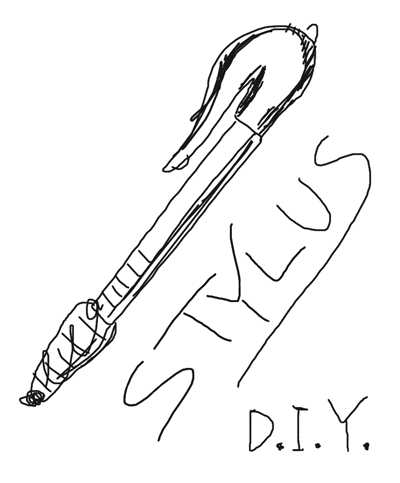 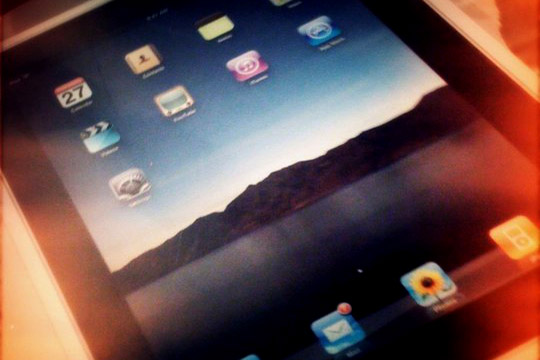 I got an iPad. It was a gift from Z2 Marketing. I hesitate to call this a “review” and I’ll just say “First Impressions” for the following observations…

Despite my best efforts to avoid being called an “Apple Fanboi” I do somehow own a Mac Pro, MacBook Pro, Mac mini, iPod, iPhone, and now an iPad. In my defense, I’ve been using Apple products since about 1979, and have used them professionally in my work for about 17 years. I’m not the kind that runs out and buys anything Apple sells… but I do get what I think I need to do my work, or make my life more enjoyable/easier.

With that disclaimer out of the way, I’ll start with this, the iPad is pretty amazing… at what it does. If you’re fine with the limitations of the iOS, then you’ll probably like the iPad. The typical iOS issues that bug me with the iPhone and iPod exist here as well, no access to the file system, the walled garden of the App Store, the closed nature of the device… that said, within the parameters of Apple hardware and the restrictive iOS, it’s a pretty stunning device.

The iPad is probably not something I would have bought for myself since I’ve got a number of computers/devices which do much of what the iPad does. That said, the iPad fills this space between the MacBook and the iPhone, which is probably right where Apple positioned it. (See my post Consume / Create – Apple Products for my previous thoughts on the matter.)

A few days after getting the iPad I was feeling under the weather, and ended up spending a lot of downtime on the couch and in bed, and in both cases the iPad really fit the bill as far as the device to use. Reading RSS feeds, wasting time with Twitter or Facebook, watching Netflix videos… the iPad excels at these tasks! I have not done much writing on it, and would probably not want to use it for extended writing of any sort.

Speaking of writing, I did try to pair it with an old Apple Wireless Keyboard (using Bluetooth) but it didn’t work… the iPad would not pair with it as Apple does not support it. Charging is another interesting topic. You can’t just use the same charging methods you use with an iPod or iPhone. The iPad comes with a 10 watt charger. The plain old “USB Chargers” I use all the time don’t kick out enough juice. There’s a few notes I’ve found that talk about charging, but I’ve not dug into the subject very much yet. The battery does seem to last a long time… but also takes quite a while to fully charge up.

Update: Yes, it does charge via USB (when not using the 10 watt charger) it just charges very slowly…

All in all I’m really liking the iPad, and what it can do, as is the rest of the family. What would be nice? Support for multiple users, an upgrade that makes it more even feature-wise with the iPhone 4 (camera(s), slightly different design, etc.) a more open platform… but honestly, it’s a pretty cool consuming device, and for what it is, I’m very happy with it. 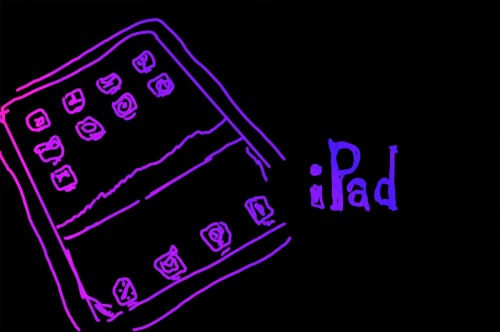 I haven’t done a drawing in a while, so here’s a drawing of an iPad. It was drawn using a Wacom tablet on a Mac Pro, and not drawn on an iPad. I do look forward to seeing what the results of trying to draw on the iPad will yield. If you’ve got any suggestions for iPad drawing apps, let me know.

(Also note that this is actually a drawing of the iPad on the box that the iPad comes in… but I did take a photo of the box, and used that as the basis of this drawing, so it’s either self-referential or recursive… or both.) 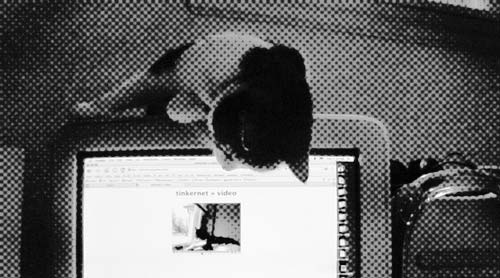 Being involved with technology may have tainted my opinions for the past 30+ years, but it seems like now more than ever, there’s this push to make thing easier to use… maybe it’s always been this way, but the last few years (perhaps fueled by the iPhone/iPod) it’s been all about making things easier, and I find it slightly annoying.

Matt recently talked about ease of installation explaining that there may be (gasp!) 4 steps involved in installing an application. How does anyone even succeed at such a Herculean task? 4 steps! It’s a wonder we all don’t just stick our heads in the oven and turn on the gas. (There’s probably too many steps involved.)

For people that just want to “use” software, I suppose they do want it easier, I mean, who wants to spend the time to learn something when there’s cat pictures to look at.

My point is, while it’s good to simplify things, and make things easier, you may still need to do some work… and that’s OK. In fact, it’s a good thing, and should be encouraged. I wonder if brain surgeons bitch about “how hard” brain surgery is, and wish that it were easier, and someone would come up with a better way to do it that just required pushing one button or performing less than 5 steps.

By the way, do schools teach kids how to learn yet?

(See Also: The Dumbing Down)