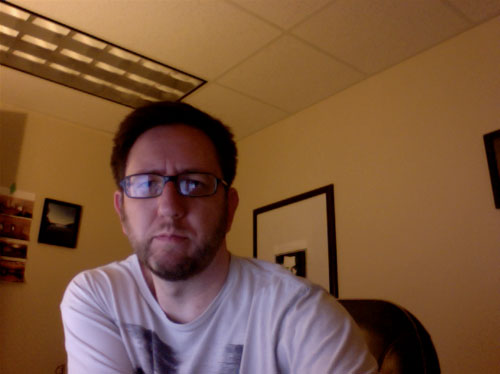 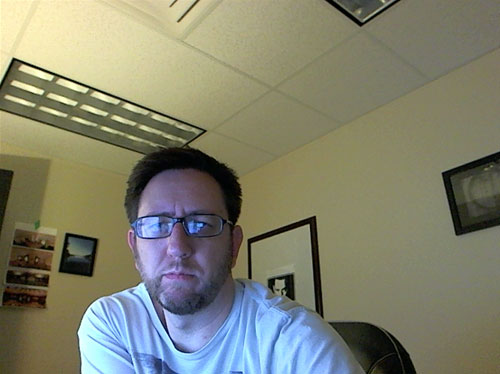 Comparing the two images you can definitely see the difference in color temperature. The iSight leans more towards red/yellow while the Logitech leans the other way. (Note that the Logitech has a slightly wider field of view as well, so you may have to move in closer.) The only light in this room was a CFL bulb with a lampshade over it, and the glow of 3 monitors. Besides the color, the sharpness of the image is what really stands out. The Logitech is way sharper. 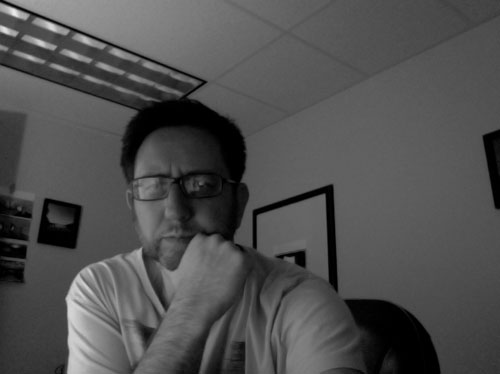 Taking color out of the comparison, and just looking at a greyscale images, the sharpness of the Logitech over the iSight seems even more noticeable. As I’ve said before, the iSight is a tiny little camera, with a tiny little lens, and a tiny little sensor. It’s great that every MacBook contains a camera, and for general video chat, etc. it’ll do just fine, but if you need better image quality, it’s nice to know you can get it for a reasonable price.

The Logitech also has the advantage of being able to view things on the other side of the Mac, and be placed a short distance from the Mac itself. The images on the 2XL Networks Photo Booth site were taken with the Logitech, and we’ll be testing it out with Make: Live as well…