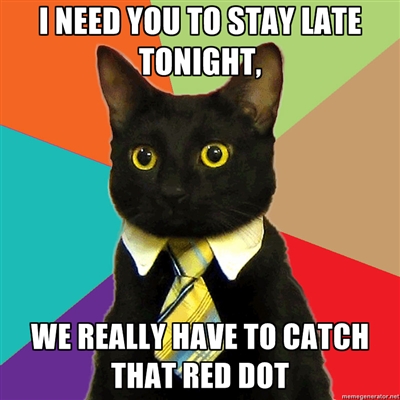 The other day I was working with our IR thermometer which just happens to have a laser built into it, and the cat decided it was some sort of toy. Obviously there are laser pointers sold as “cat toys” but dammit, the IR thermometer is a serious tool for science!

Anyway, I told my daughter that on the Internet there is a picture of a cat and the cat is wearing a tie, and behind the cat is this multicolor background, and the cat looks really serious, and he is a business cat, and the caption says “I need you to stay late tonight, we really have to catch that red dot.”

I thought it summed up the current situation nicely, but somehow I don’t think the words had the same impact as just seeing the image.

And then I felt bad for people who are sight-impaired and can’t enjoy these goofy photo memes.

And then I felt envious of people who are sight-impaired, because maybe they aren’t wasting precious minutes of their lives seeing these stupid pictures of cats/animals/people/Willy Wonka with captions.

And then I thought about building some sort of phone service using Twilio to explain memes to people verbally.

And then I probably ate a cookie or something and forgot all about it. 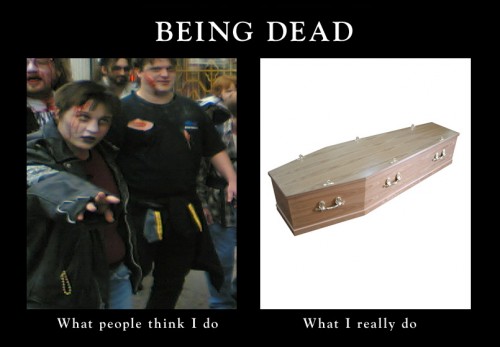