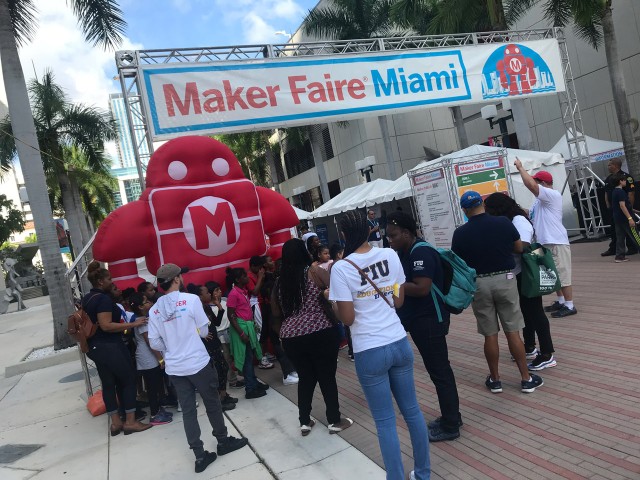 I was fortunate enough to be invited to Maker Faire Miami by Mario the Maker, who I’ve followed online for quite a while, and had met previously at Maker Faire Orlando.

I’ll admit, when he invited me, and told me it was at Miami Dade College (which I had been to before) I assumed it would be indoors. When he told me it was 84 degrees there a few weeks before the Faire, I hoped it would be indoors. I got there and found out it was all outdoors. When people asked me how Miami was, I say “Hot!” (I’m from the Midwest, I don’t handle heat well.) 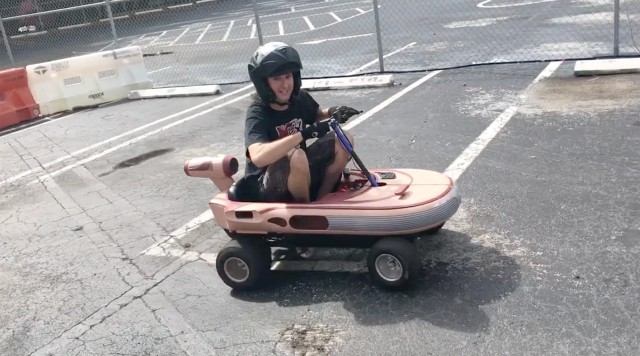 Besides that darn heat, Maker Faire Miami was pretty awesome. Every Faire in every city has a different flavor, and while I know a little about the Maker community in Miami, it was great to see more of it. Most of my time there was spent assisting where I could, and a lot of that involved helping with the Power Racing Series.

This was the first year for Power Racing in Miami, and the Orlando Crew pretty much took care of everything. We had a few issues with water, and power, and magic smoke, but in the end things worked out pretty good, especially for a first attempt. 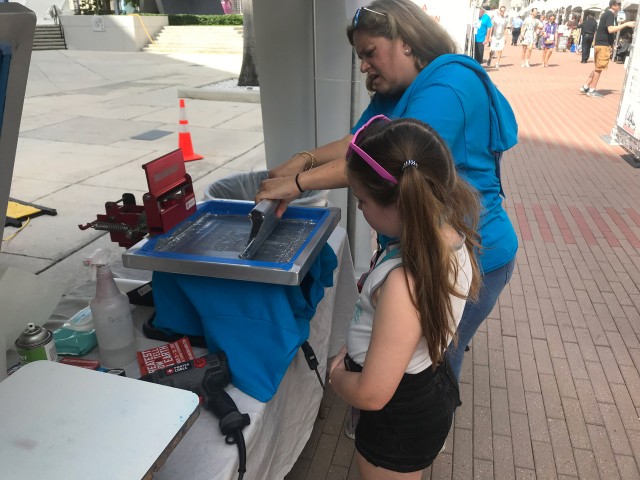 Orlando (well, MakerFX Makerspace) also brought along their “Print a Shirt” station, where you can pay $5 to screen print your own t-shirt. (Or $10 if you buy one already printed.) Now that’s how you incentivize making! 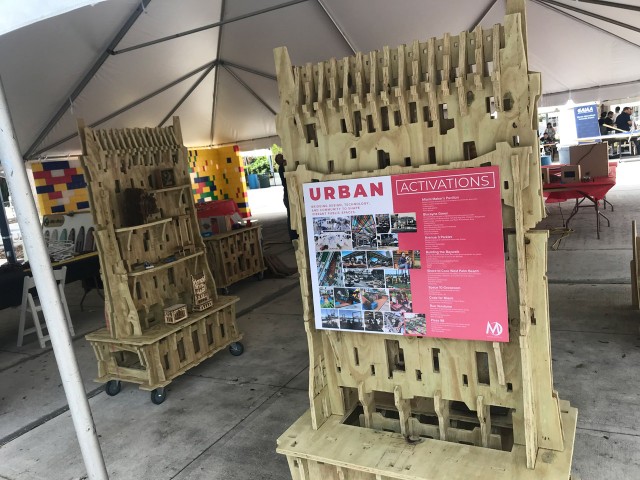 As usual, Florida favorites included Hedgeclipper and the work from Moonlighter Makerspace. They had a giant tent filled with awesome things. 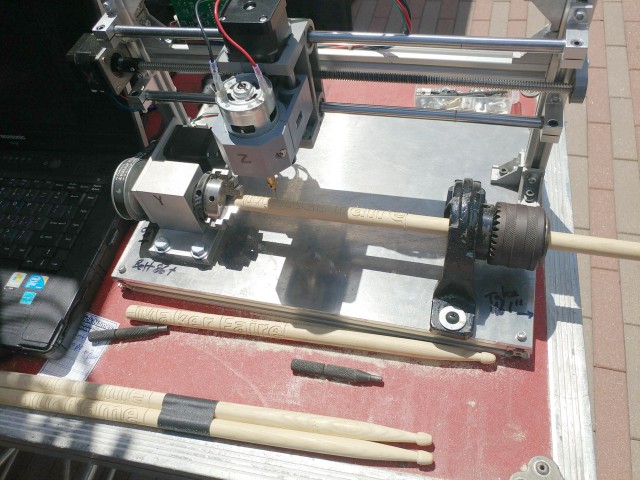 One of the more interesting exhibits I came across was this little CNC lathe made for engraving drumsticks. I was interested in it because it looked like the little CNC machine I built from a kit a few years ago. Indeed, I talked to the Maker and that’s what it was, a heavily modified version of the same kit. We talked a bit about the Grbl firmware and I gave him a few tips on saving the settings. (Check out a video of it in action.) 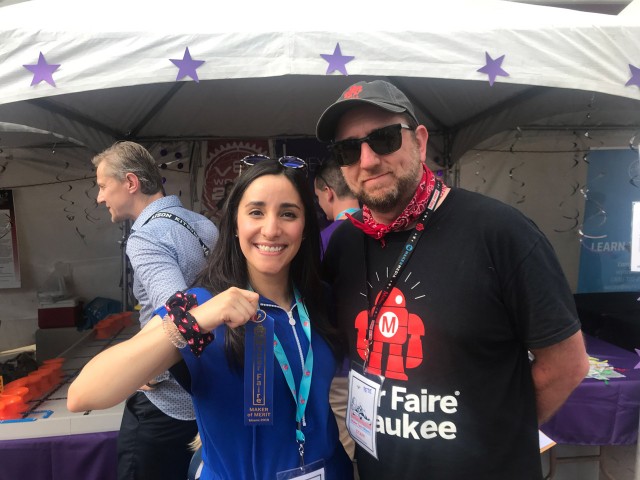 I met a lot of great people in Miami. I talked with John Edgar Park and I think we bonded a little over our love of documenting and sharing work. I met Abby K. (VEX iCutie) who was super enthusiastic about what she made, and spent time explaining her robot to me. I also got to meet Esteffanie (YouTube, Instagram) who gave an inspiring talk about making and failing, and continuing to try new things.

Overall, Maker Faire Miami was a great event, and I’m really glad I got to be involved with it. If you’re in the Miami area, check it out next year, as I’m sure it will only get better with age!