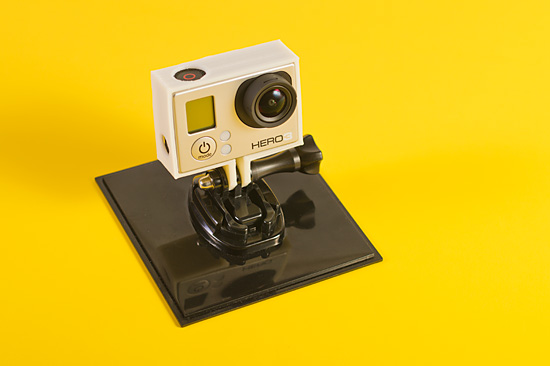 I like the acrylic housing that comes with the GoPro Hero3, but I tend to run some pretty long time lapses, and the battery doesn’t last long enough, so I made a lightweight frame, and it’s over on Thingiverse. 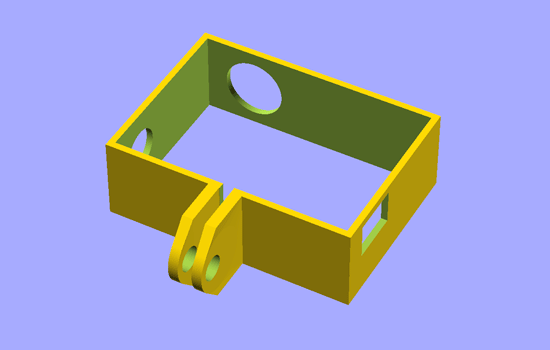 I’m (slowly) getting better at OpenSCAD, thanks to projects like this. I’m sure I’ll get even better in 2013. 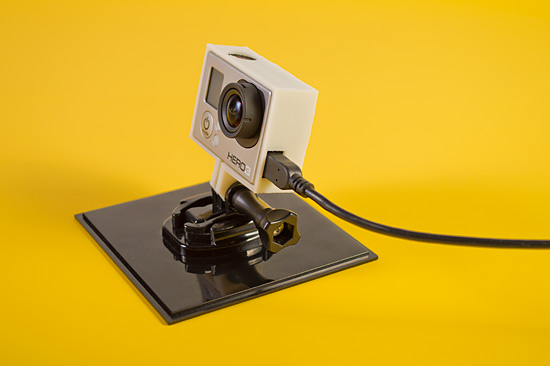 I’ve got plenty of long USB cables and USB power supplies, as well as a Minty Boost from Adafruit to provide power for shooting hours and days at a time.

Here’s a quick time-lapse test I shot before I had the frame. I ended up balancing the GoPro on a book on top of two water bottles, which was silly, and just one more reason for this thing. 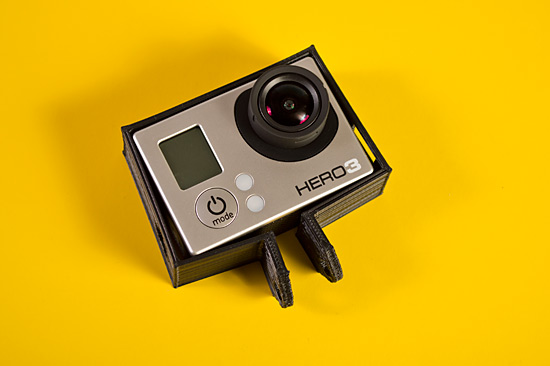 The frame has a bit of flex to it so you can easily wrap it around the camera. I may play around with some thicker housings, but for now, it does the job.

I ended up printing about 6 versions before I got one that was good. I should probably do more paper prototyping, but with how easy it is to 3D print things, sometimes you just hit “print” and hope for the best. If it doesn’t work out, you tweak things and try again. It’s just the way it works.

(Note: I guess GoPro also sells a frame for the Hero3

. Go buy it from them if you want a really nice one and have $40.00 to spend. If you just want this cheap plastic one, print it yourself.) 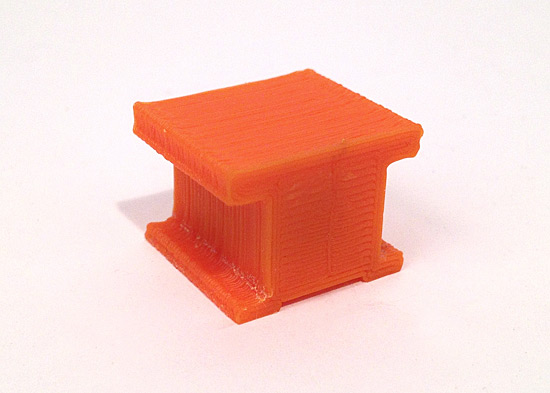 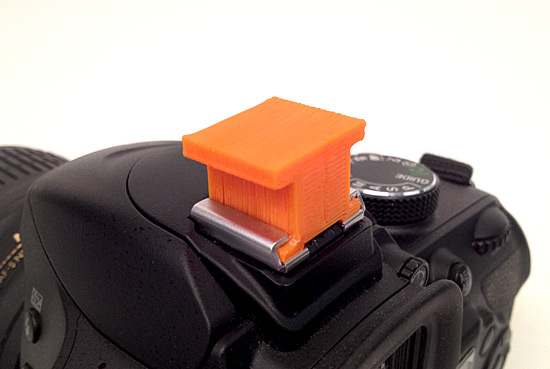 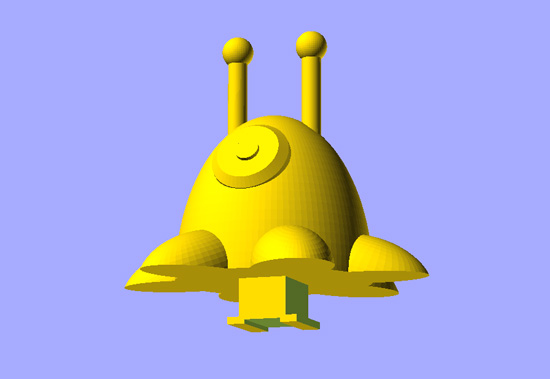 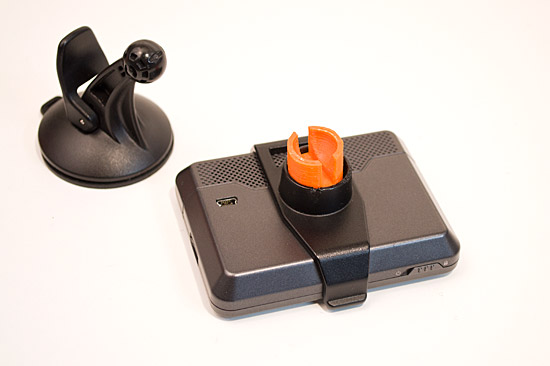 The part of my GPS mount that snaps onto the ball thingy broke, but it was a pretty easy fix with the RepRaster 5000 3D Printer. I started with this Parametric Ball Caster from Thingiverse, which I’ve used before. A quick measurement or two with the calipers to get the ball diameter and width of the caster. 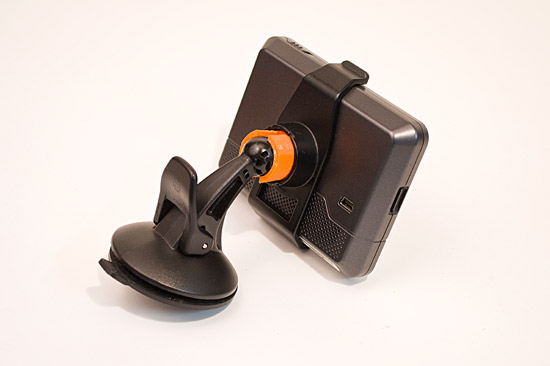 I printed it in orange instead of black because I was too lazy to change the filament, and on the original mount I just ran a drill bit through what was left of the broken part to give me space to jam the new one in there… a bit of hot glue, and it’s not quite good as new, but it’ll work for now! 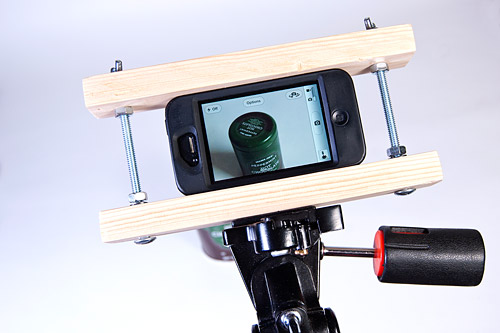 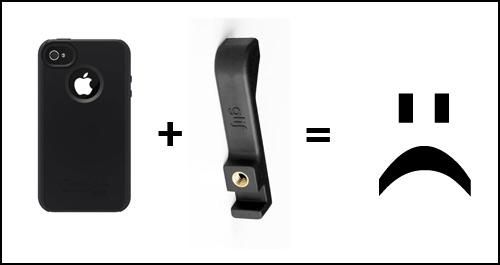 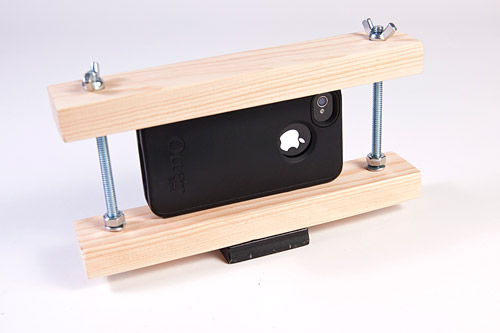 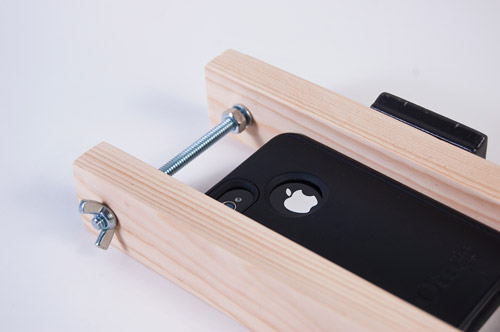 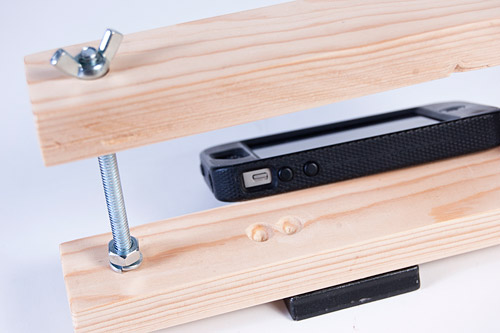 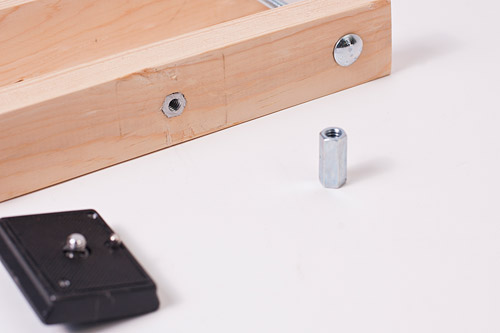