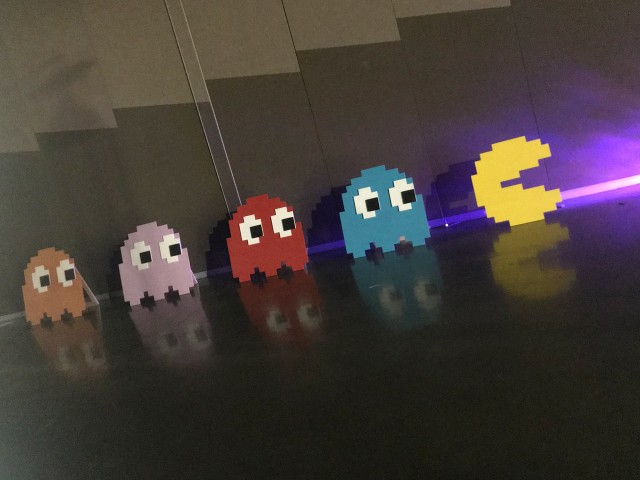 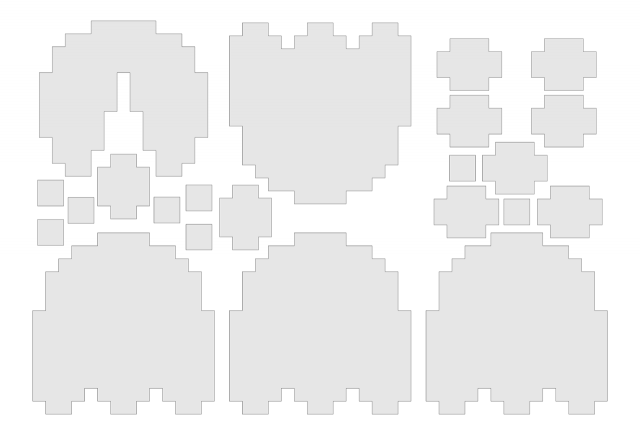 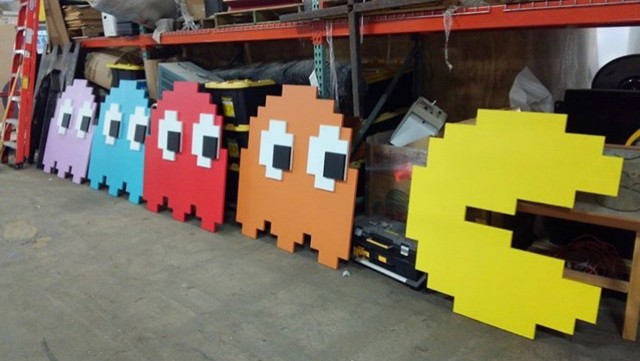 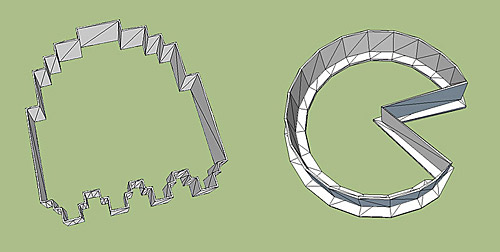 Since I’ve been playing with the MakerBot at the Milwaukee Makerspace, I figured that I should print something useful, and what’s more useful than cookie cutters!

I got the idea from the GuruBlog CookieCutter-Editor. I ended up making the Pac-Man shape, which is the exact opposite of complicated. (Yeah, I’m saying it’s really simple.) I really just did the Pac-Man shape as a test, and after I posted it, Alex asked about the ghosts, so at that point I figured I had a bit more work to do…

Since I’m still dabbling in 3D modeling, and haven’t really nailed down a workflow yet, I decided to try something besides the CookieCutter-Editor. I ended up drawing the ghost in Photoshop, and then bringing it into Inkscape to trace it. I then followed this Inkscape to OpenSCAD dxf tutorial to convert the SVG into a DXF file, which I then exported and brought into OpenSCAD to extrude into a 3D model. 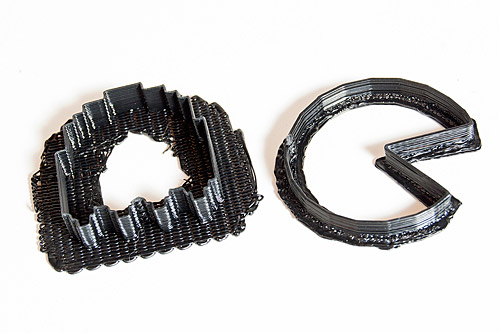 The Pac-Man shape from the CookieCutter-Editor had a wider edge on one end, which is what a cookie cutter should have. (You can see this in the 3D wireframe in the top image.) The ghost shape does not have this wider edge, because I don’t know how to create one yet! I solved this issue by printing the shape with a raft, which you can see in the photo of the printed cutter. It’s not the prettiest cookie cutter, but it certainly did work. 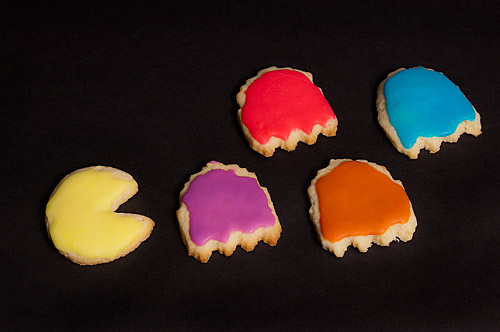 And here’s our final product, the Pac-Man (and ghosts) cookies! My oldest daughter Emma did the hard work here. She made the cookie dough, used the cutters, baked the cookies, and frosted them. I was basically the “Technical Advisor” and showed her what colors to use, etc. She wasn’t 100% pleased with the outcome, mainly because she had to tweak the coloring and improvise a bit (Pac-Man is actually lemon-flavored) but she’s a bit of a perfectionist in the kitchen. :)

We’ll probably make more of these for BarCampMilwaukee6, and may throw a few more shapes into the mix if I get a bit time with the MakerBot before then.