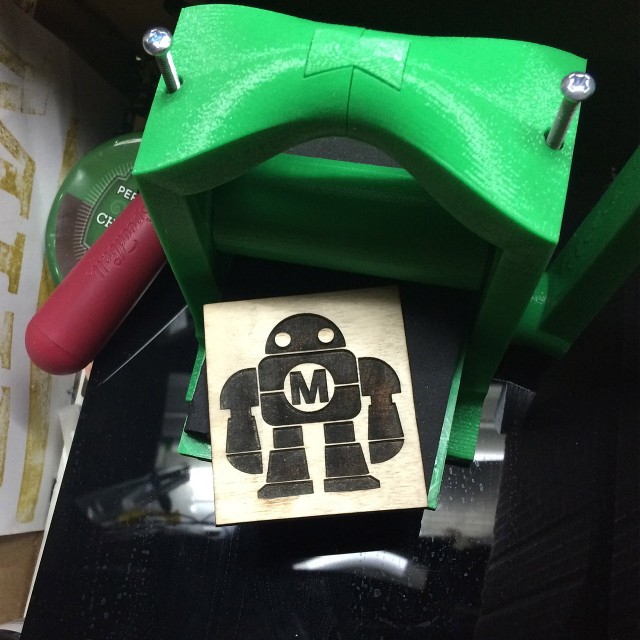 I came across this DIY Printmaking Press from the Open Press Project and since I’ve always been a fan of printmaking I thought I should 3D print a printing press on my 3D printer so I could print paper on a 3D printed printing press. 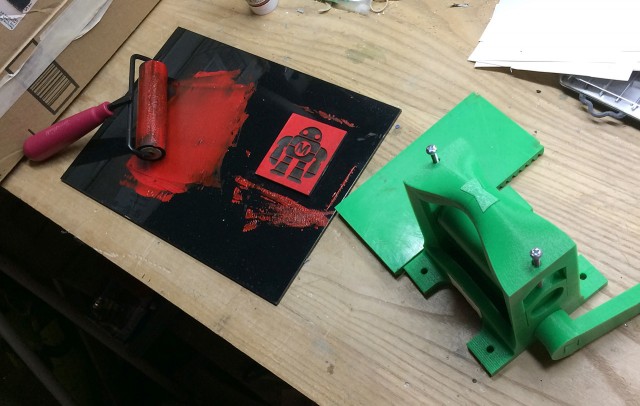 The (3D) printing went well, and all the pieces turned out good. I did add support to the rollers, to ensure they’d print well without sags. The one piece that is weird is the roller pin, which seems too small. It falls out a lot and doesn’t fit tight in the roller or the roller wrench. I may design a new one that fits snug. 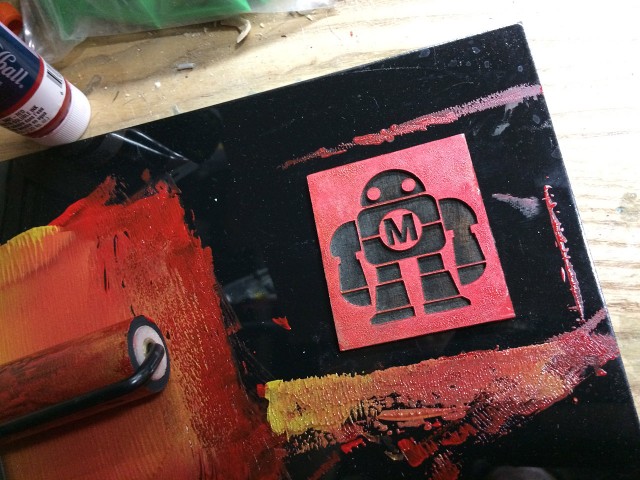 I also did not have any 5mm bolts of the right length, so I used 6-32″ bolts. I’ll have to glue in the nuts so they don’t fall out, but that’s pretty minor. I’d also consider using hex head bolts and 3D printing little knobs to put on the heads so you can adjust the pressure without needing a screwdriver. 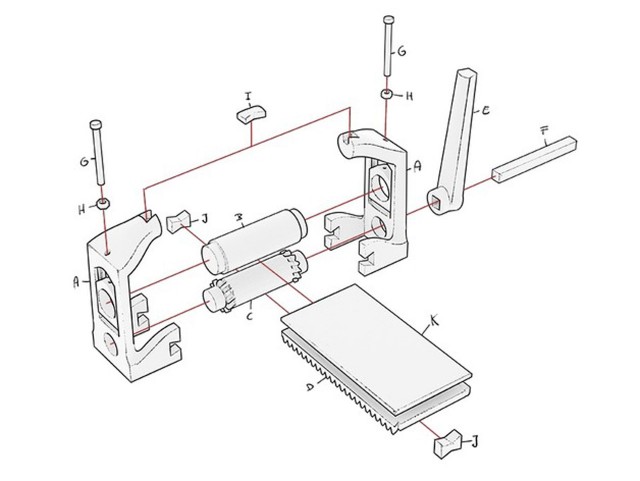 I did not have any press blankets, so I used some foam rubber sheets I had on hand. It seems to work okay. I may ask my printmaking friends for some scrap blankets. 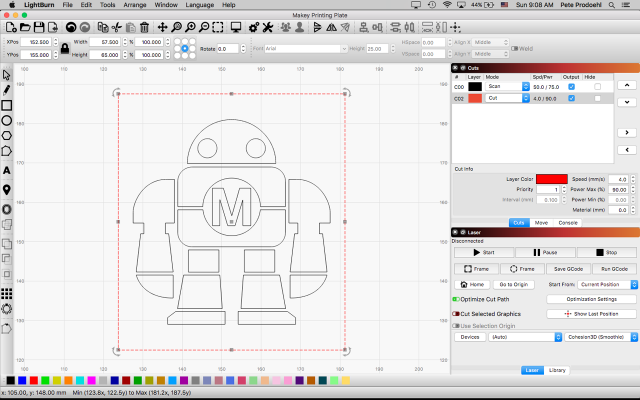 For my first printing plate I grabbed a vector image of Makey and laser etched it using 3mm Baltic Birch. (Sidenote: LightBurn is awesome.) I did not seal the wood as I was anxious to make some prints! 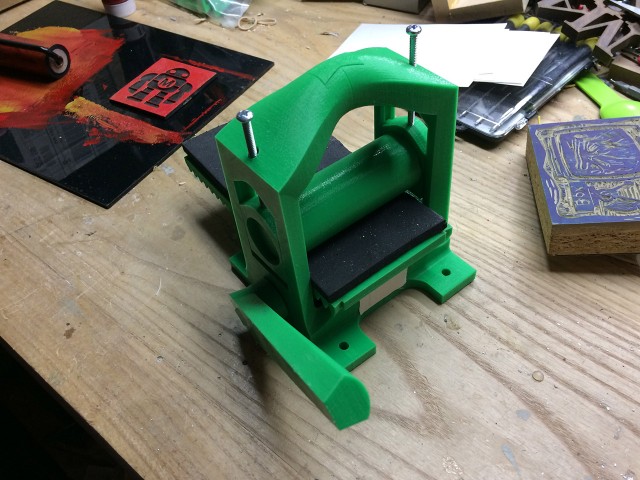 This is a small press, and my plate was 57.5mm x 65mm. This might be a good press for making business cards or maybe printing stickers. The nice thing is that since it is so small, it’s portable, and you can make a lot of tiny prints for pretty cheap. 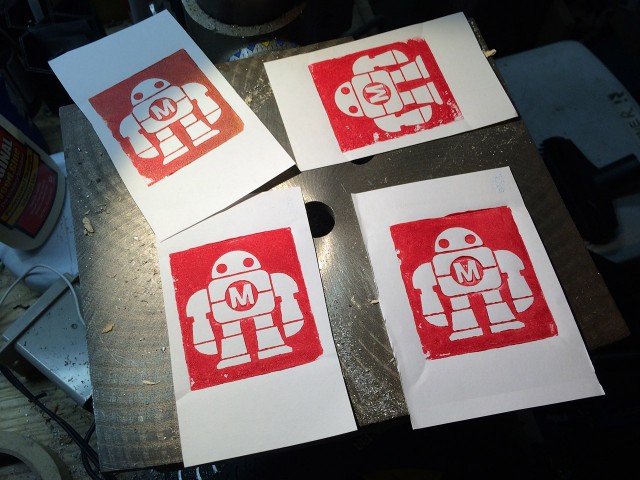 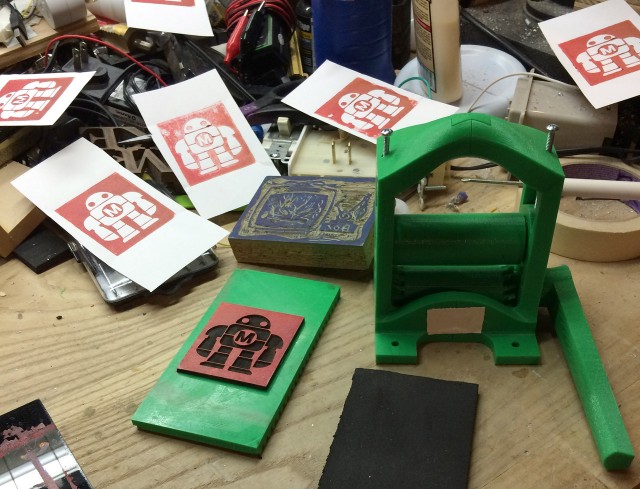 This was a fun little project and I’m guessing the cost of making this printing press was maybe a few dollars worth of filament and hardware. The press blanket is probably the more difficult thing to get cheap, though perhaps an alternative like some thick felt (or layered up thin felt) could be used.

My last attempt at printmaking didn’t turn out as well as I had hoped it would, so I figured it was time to try again. And actually, the main reason I wanted to try again is because I saw the work of Jenie Gao at Milwaukee MakerFest, and after I took over her table so she could take a break, I asked her a few questions about printmaking, and the most important thing I learned is that I should seal the wood. With that small bit of advice, I was ready to try again… 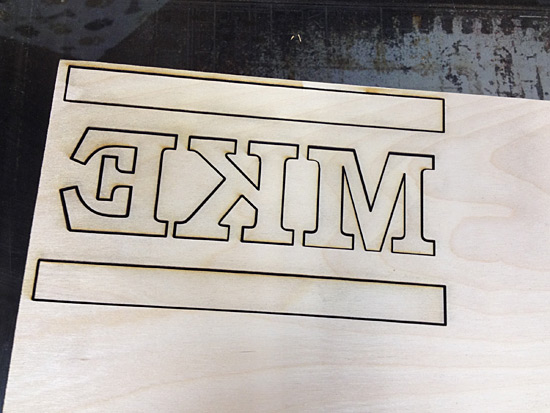 Rather than do the same thing I did last time, I decided to start fresh. I once again used the laser cutter, but this time I didn’t want to use a raster etch, but instead opted for a vector cut to create the plate. (A raster etch works quite well of course, as Bret recently demonstrated, but they are time consuming, and tie up the laser for a long time. Vector cuts are much faster.) 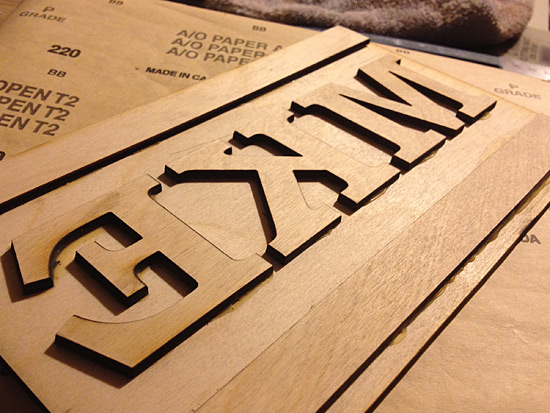 Once I had my pieces cut from 3mm Baltic Birch, I used the piece of wood I cut them from as a guide to glue them down. After the glue dried I sanded it to make the surface nice and smooth. I’m not sure I needed to do this, but sanding always feels like the right thing to do in these situations. 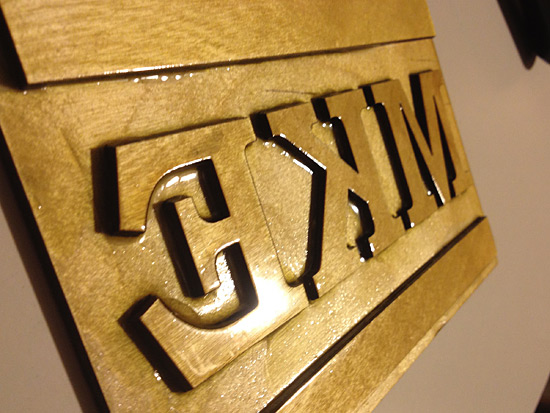 I then coated the piece with polyurethane, sanded it down a bit, and repeated that process two more times. (I’m just doing what is recommended on the can. I don’t know if multiple coats are really needed, but it can’t hurt, right?) I let the whole thing dry for at least 24 hours. 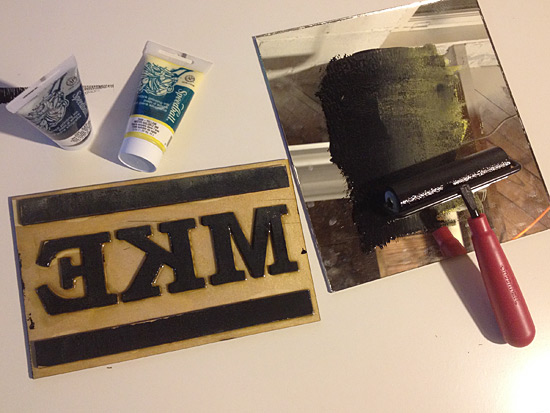 Ready to print! I inked up the plate and slapped down some paper, did a bit of rubbing, and I actually got a decent looking print! One thing I should do next time is create a larger backing piece, as it was hard to hold the plate in place while inking it, and I got a good amount of ink on my fingers and the table. (And yes, that is a mirror I am rolling the ink on. It’s from a 3D printing experiment long ago.) 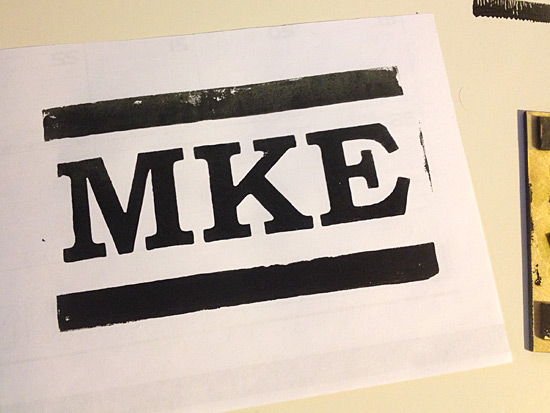 The final print. There’s a few spots that could use more ink, but as I wasn’t doing a large run, I didn’t use a lot of ink. I also printed on crappy paper and it turned out good. (Supposedly the suggestion of using ‘Rives BFK’ can be ignored. Regular drawing paper can be used instead.)

Ultimately, my plan is to sort of merge the concept of printmaking with letterpress to make a weird combination of the two… but, you know, using a laser cutter and cheap Baltic Birch plywood.