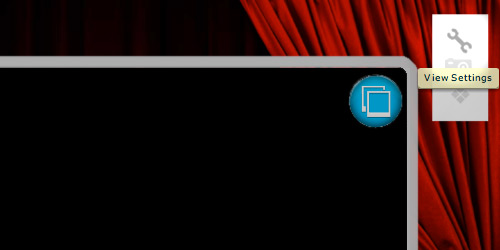 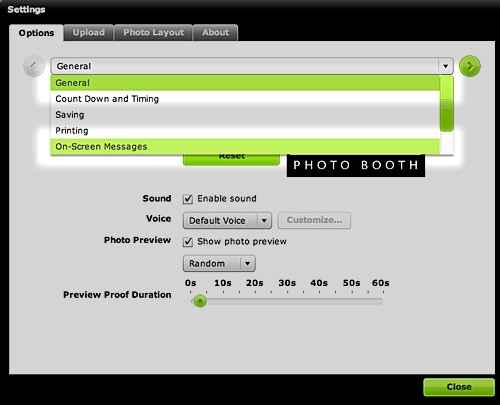 Once you click the settings icon, go under General to On-Screen Messages. 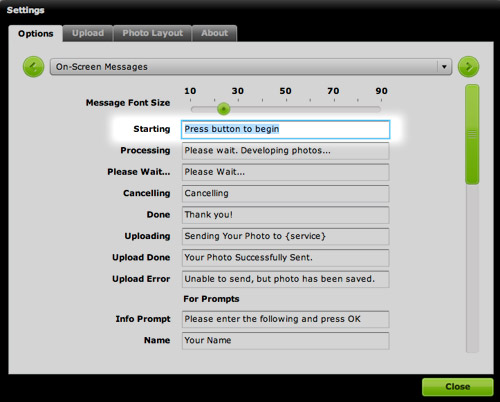 Change what you want to change… Done! 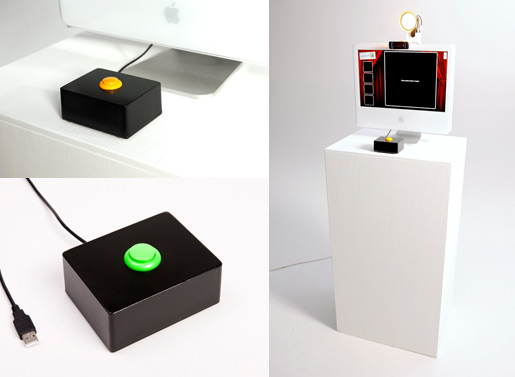 The fine folks over at Sparkbooth have this great Setup Checklist, and if you plan on setting up a photo booth at an event, it’s required reading…

I’m going to comment on a few items, as well as add a few things to the list, based on my personal experience.

Place a computer, webcam, and keyboard on a table in a well-lighted area. Don’t forget a chair or stool.

For my photo booth I ended up building a stand that puts the business end up about the height for a “typical adult human being” which happens to be my height! Since I use an iMac you can actually just tilt the monitor (and camera) up or down a bit if needed. This may not be clear to everyone, so a sign might also be helpful.

The part about a chair or stool is good advice if you want people to sit when they use the booth, which is a good idea because it puts people of different size close to the same height, which doesn’t happen as much when standing.

When considering location, don’t forget about extension cords! You never know how far you might be from an outlet. I actually have a power strip hidden in the back of my stand, which allows me to plug in the computer and light(s) and also gives me a place to hide the keyboard. From the power strip I can then run one extension cord to the nearest (or most out of the way) outlet. I bought a new extension cord since most of my old ones are filthy. Clean is better when it comes to appearance. You can also get white, or black, or something besides orange if desired.

For you computer… turn off instant messaging, email, and other applications, etc.

Do everything listed there. I actually go a few step beyond that, and on the Mac I use I created a completely separate account. I keep the account very minimal. It’s set to log into that user automatically, and launch Sparkbooth on startup. I’ve also got just Sparkbooth and Safari in the dock, as well as a shortcut for the folder where the images get saved. The idea is that when I turn it on, it’ll be completely ready to go in just a few minutes. I’ve also partitioned the drive into two halves, and once Sparkbooth was fully operational, I cloned the main partition to the second partition. This way if some update to the system breaks things, I can always revert to the last good working combo. (Between Mac OS X, Adobe AIR, etc. you never know what might go wrong.)

A few other things worth mentioning include signage. I also include instructions that tell people to push the button, and then get ready for 4 photos. (You be surprised how many people walk away after the first photo.) Lights, you should have them. Don’t depend on existing lighting, bring your own. As for a background, I don’t always use one myself, but I’d still recommend one if you can do it easily enough. (I’ve had my booth in some places that didn’t really allow for a background.)

As for the get a USB button suggestion, I’m obviously in favor of that one… and hey, you can even get one from my store or from Etsy. :) 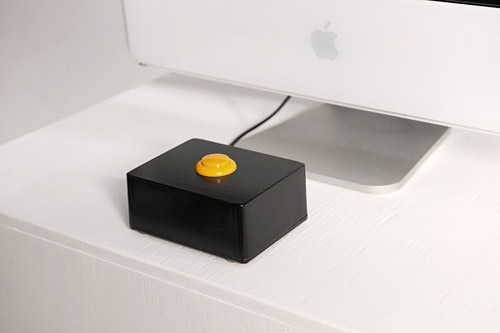 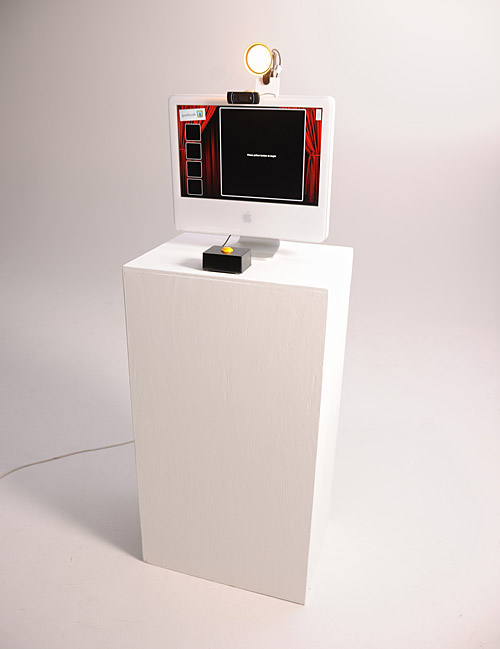 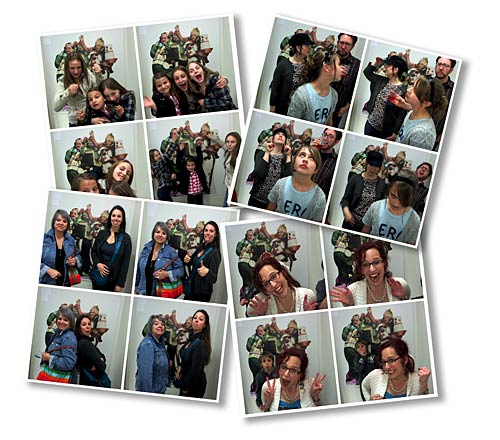