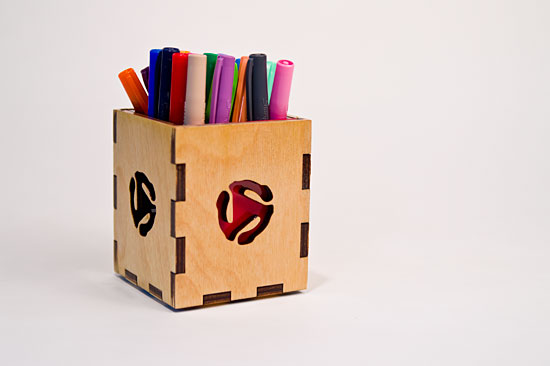 If you remember reading about my Turndrawble, the turntable-based drawing machine, you may remember that I use Fine Point Sharpies with it. The last time I used it in public I just had the pens in a jar, which is not ideal.

The original design was going to have the pen holder built in, but I changed things and decided against that, so I needed something else, and this is it.

If you want to see this thing in person, and make some art with it, I’ll be at the Hidden River Art Festival at the Sharon Lynne Wilson Center for the Arts on September 19th & 20th, 2015. 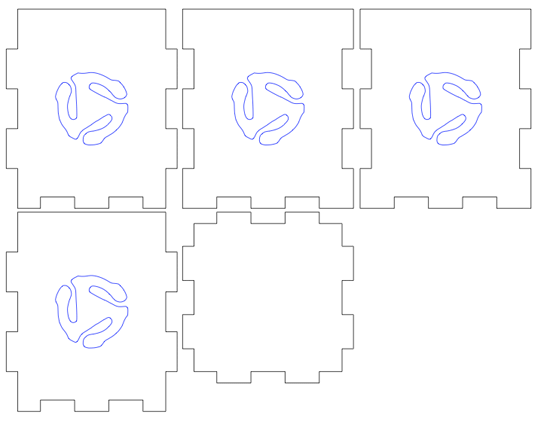 The wood pieces are cut from 1/4″ Baltic Birch plywood. The blue parts are set to cut before the black parts. You usually want to cut the insides of things first. (Often this leads to many colors if you nest objects.) Not all laser cutter software requires you to do this manually. Some software is smart enough to always cut the inside objects first. 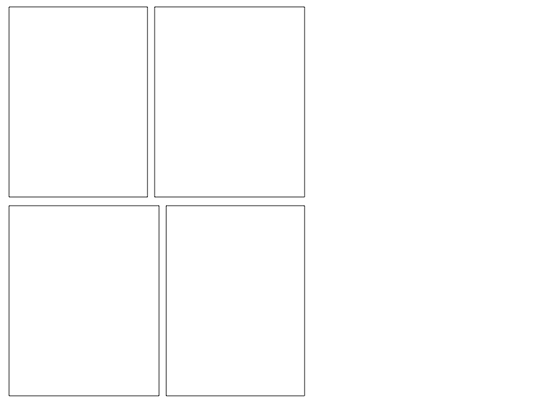 I also cut some rectangular acrylic panels to go on the inside. Two red, and two black, to match the Turndrawble acrylic colors used. 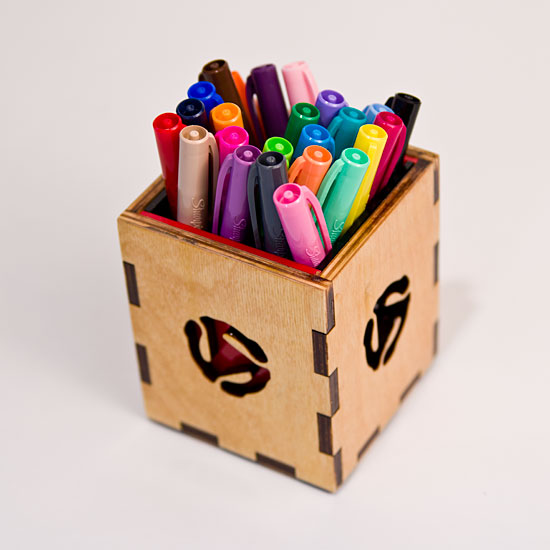 I glued the wood pieces together with wood glue, sanded them, and did a stain and polyurethane coat. (Next time it would be better to sand everything completely before assembly. The sanding removed some of the burned wood look, which I wanted to preserve. 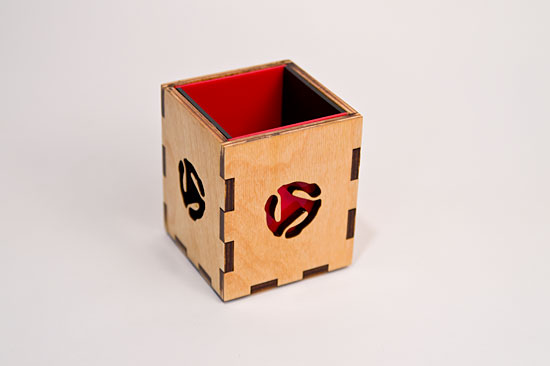 The acrylic pieces fit nice and snug, but just to be safe I put a few small dabs of hot glue on the before putting them in place. There’s also four rubber feet on the bottom to prevent sliding around on the table. 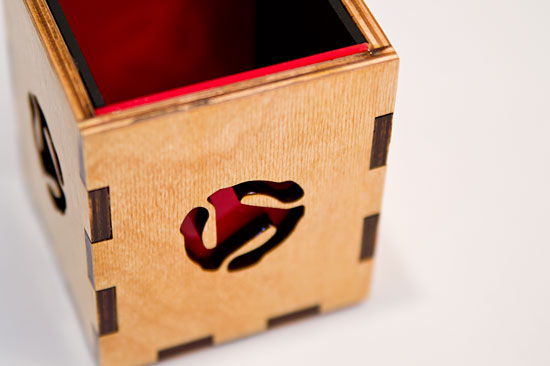 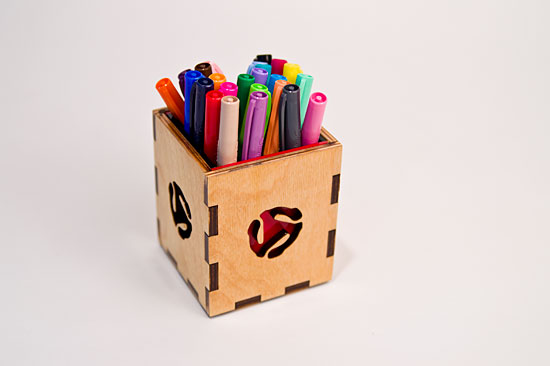 (You can read more about this thing on the Turndrawble project page..) 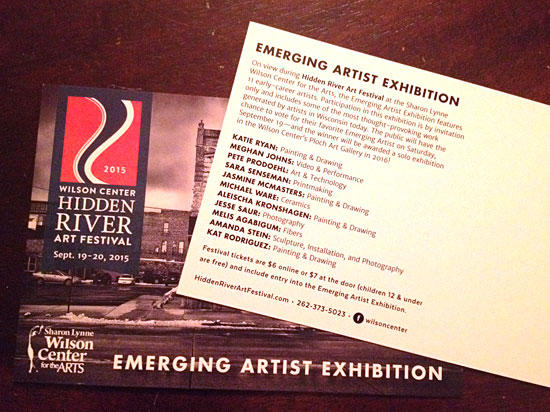 I’m excited to announce I’ll be taking part in the Hidden River Art Festival at the Sharon Lynne Wilson Center for the Arts on September 19th & 20th, 2015.

I decided to make it an interactive experiential thing, and if you stop by you’ll get a chance to operate the Turndrawble, a turntable-based drawing machine I completed earlier this year. (You can also ask such questions as “Is the Turndrawble itself art, or is it the engine that makes the art?”)

You’ll be able to to create a piece of art and take it home with you, or donate it to the growing collection of pieces created by the Turndrawble.

I hope to see you there, help you make a unique piece of art, and talk endlessly about drawing machines and digital fabrication! 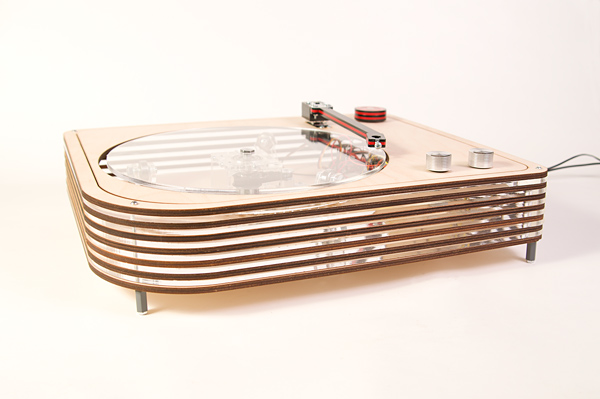 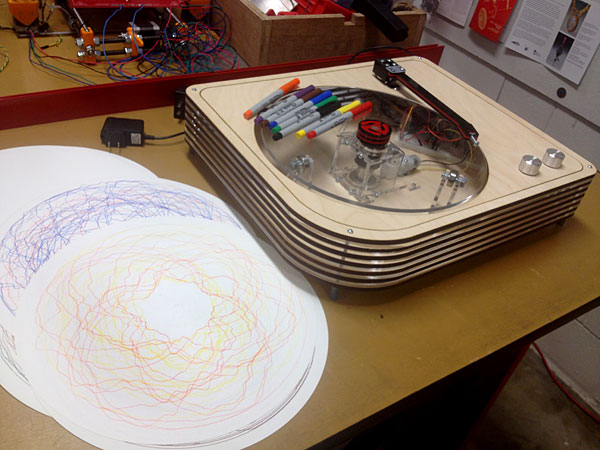 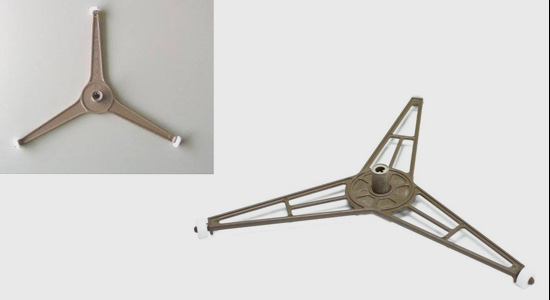 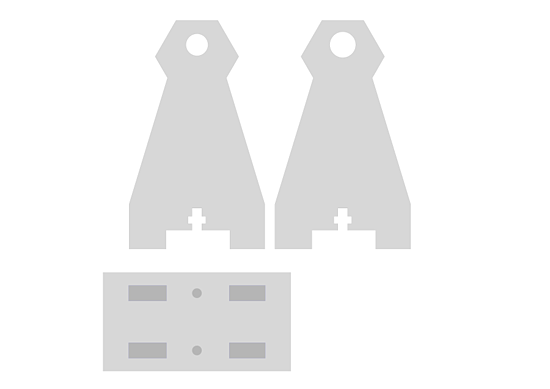 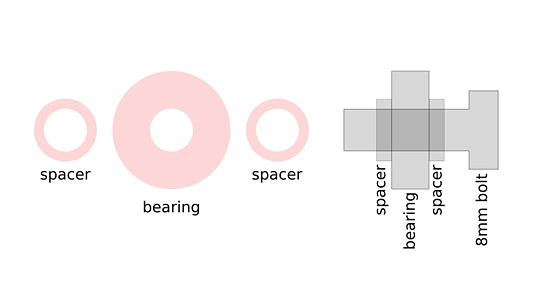 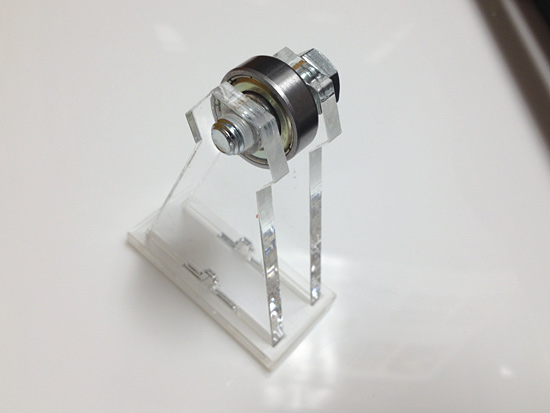 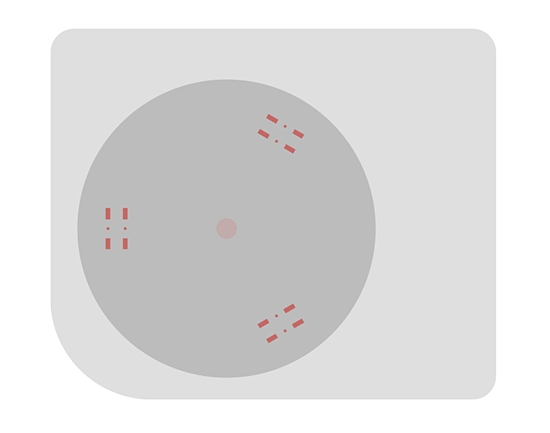