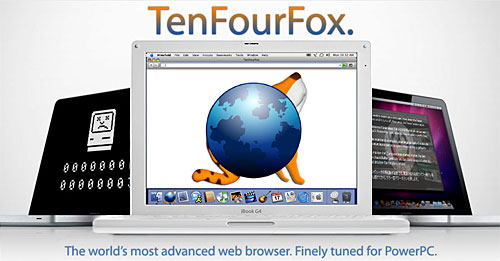 Of course if you’re running OS9 (say, for example, if you’re using a Mac that just either won’t run OSX or doesn’t have enough memory of CPU power to make OSX usable), IE5/Mac is still your best choice – those other choices either don’t exist or exist only in abandoned versions far shy of IE5/Mac’s capabilities.

I agree that IE5/Mac was a very nice browser, 4 years ago… But instead of using a 4 year old browser, you could use a 1 year old browser with many of those modern day browser features, in the form of WaMCom.

WaMCom is based on Mozilla, and provides a version which runs on Mac OS 9 (and even 8.6!) which is good, because official Mozilla development of non-Mac OS X apps ended a while back…

Of course Tantek probably has a soft spot for IE5/Mac, so I guess I can’t blame him for liking it. ;)

I was going to mention something about the benefits of open-source, but I’ll spare you this time, as I’ve got code to debug…