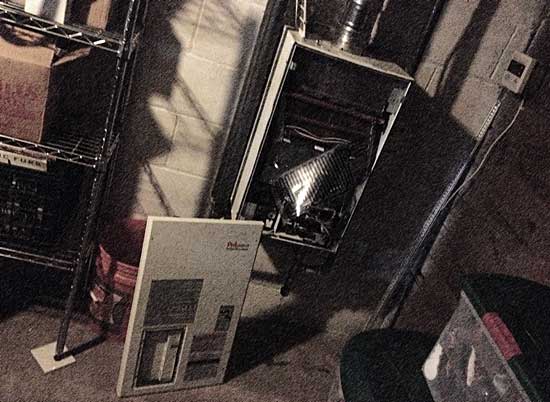 Folks, we need to put a drop in the bucket… and no, I’m not talking about water… we got plenty of that! During the storm, things got a little crazy (see Flickr) and there is water everywhere. It ain’t pretty. If at all possible, can you put a drop in the bucket? If you’ve ever attended a Web414 or a MilwaukeeDevHouse, it would be cool if you could chip in a few bucks to help our little clubhouse make it through this disaster. Bucketworks has been a gracious host to us, and it’s a time of need for them, so put a drop in the bucket and let’s hope it adds up enough to get everything back to normal.

Right now Bucketworks is closed. Until the damage is assessed, they can’t open again. What does that mean for the June 2008 Web414 Meeting? We’re not sure yet… we may have to move it, as well as other events scheduled there in the near future. Like I said, there’s a lot of water…

Jenn has a post on bucketworks.org that tells more, so please go there and see what is up…

And seriously, go pitch in some money! So far it’s just Gabe and I that have done so, and that’s pretty sad. I know there are others out there who can help, even if it’s just $5 or $10.

(Update: Wow! The total is going up! Thanks people, let’s keep it going…)

I was pretty damn matter of fact. I didn’t panic, or freak out, I just sort of had the ice give way under me, and then I was all wet, and in the water up to my waist.

It wasn’t really a matter of thin ice, but I’ll say this: If you are on the lake, and decide to stand next to a raft, don’t stand there too long, because there is a good chance the water under the raft is not really frozen, or frozen very well.

Unlike every movie you’ve seen, I did not go under the ice, or lose hearing in one of my ears. Basically, my legs got all wet, and then I climbed out of the water and onto the raft. Everyone else was freaked out, but I was just instantly wet and cold, so I wanted to go home. I was wearing a pair of dungarees and snowpants. My dungarees didn’t even get that wet, but my snowpants did, as did my Chilkats, which are still drying out 4 days later.

By the time we got home and I got out of the wet clothes, we were laughing about the whole thing. (Remember, tragedy + time = comedy.) I even came up with a headline in case the local paper wanted to mention it “Local man falls through ice” and I considered printing up a shirt that said “Fowler Lake Polar Bear Club” for myself…