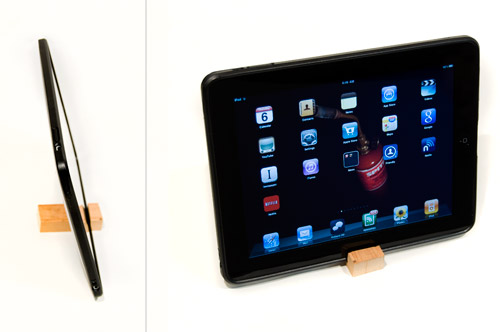 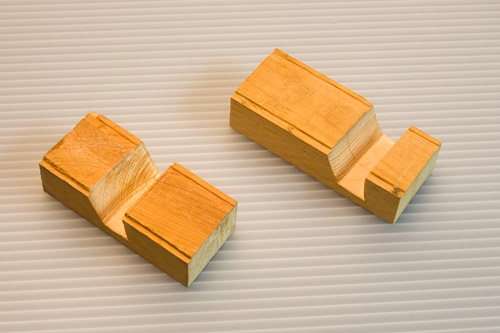 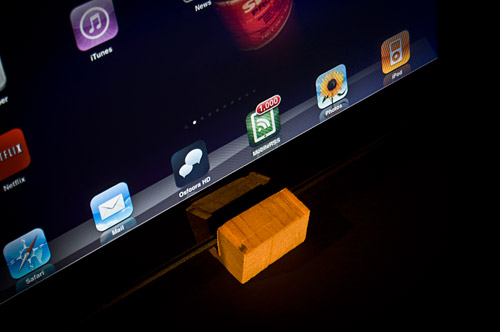 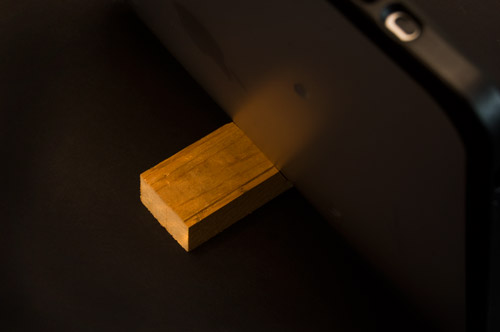 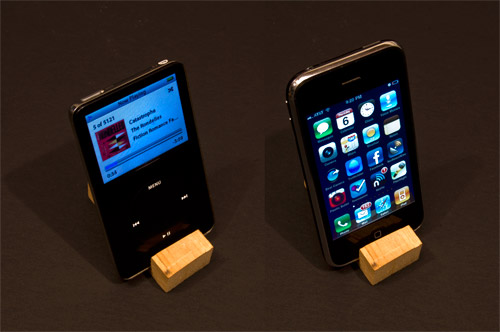 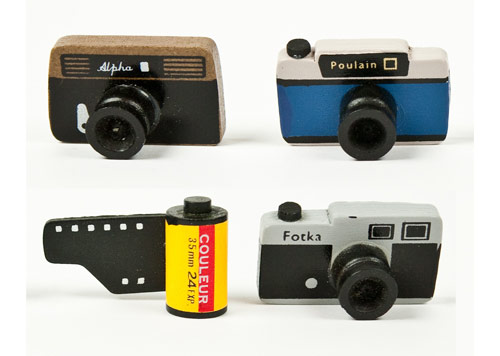 Did you see this Wooden Camera Gift Set over at Photojojo? It’s pretty damn cute. I mean, a wooden camera…. who would come up with that!?

But wait… I present to you… a Wooden Camera! 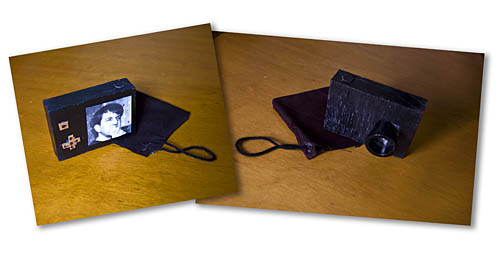 I’m pretty sure they never saw the “Wooden Camera Gift Set” mentioned since: 1. Photojojo mentioned it in October, and 2. They don’t subscribe to the newsletter. Why do they not subscribe? Heck if I know!

Whenever my kids ask what I want for my birthday, I usually respond “Whatever, you don’t have to buy me anything, just make me something!” so I’m glad that they finally did make me something… and, they also made me proud. :)

For BarCampMilwaukee, someone mentioned those big pads of paper on the three-legged stands… An easel! That’s it… Pictured here is my DIY Easel, which was built out of scrap material in my garage… A few 1×2’s, old hinges, and a handful of screws. It’s at Bucketworks now, where it will live, and be used for BarCampMilwaukee.

I like building things without plans (but don’t tell my Dad.) I tend to just start hacking with wood, just like I would hack with code when programming for fun, and improvise as I go. For this thing, I didn’t even break out a tape measure. I think it turned out ok though.

Even thought it’s slightly portable (the hinges let it fold almost flat, I had to get it in the car somehow!) I told James at Bucketworks they could just have it after BarCampMilwaukee. I don’t think I’ll have enough need (or space) for it. I’m sure they’ll put it to good use.