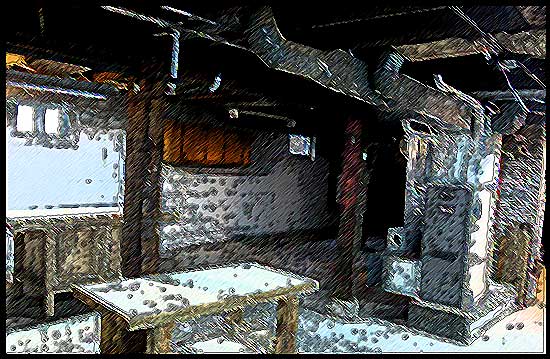 Sometimes the best skill you can offer will be to lift a heavy object, carry it somewhere else, and put it down.

Sometimes the best skill you can offer will be to come up with a new idea while someone else is lifting heavy objects, carrying them to somewhere else, and putting them down. Maybe you should be fired.

I don’t mean like, right now, today, at your current job, but I do mean that, I think everyone should be fired at some point in their life. I think it’s a good thing, and helps people put things into perspective.

Some people get too comfortable, or stop caring about the work they do, and just show up, and somehow pass the time, all for that paycheck every two weeks.

Not everyone loves their job, or the work they do, and even those folks who do will have bad, annoying, failure days now and again…

It’s like that movie, where the main character has never been dumped, but is always the one doing the dumping. It’s probably good to see things from both sides of the table.

Being fired is like a reset button… hopefully in a good way.

There may be some wallowing, and drinking, and swearing, but hopefully in the end, it’s the right thing for all parties involved.

I’ve seen more and more people start their own businesses, and become much happier, due to losing their jobs.

Sometimes it’s the kick in the ass you need. We’ve been hearing a lot of people say to other people, “Do your job!”

But what is your job?

Is your job to manufacture widgets, or to sell things, or to serve food, or remove trash, teach others, create laws, clean windows, manage computers?

Or is your job, first and foremost, to be a human being, to help others, to fight injustice, to protect those who can’t fend for themselves?

When the 9/11 terrorist attacks happened, and people left their work to help others, to aid in rescuing their fellow man, to try to survive, was anyone there yelling at them to get back to work and do their job?

When a school shooting occurs, and lives are in danger, are teachers expected to keep teaching, and act as if nothing is happening?

When a natural disaster strikes (or even, you know, a really bad snowstorm) I find some comfort in knowing people will take time to help out others.

That “every man for himself” crap? That’s not what’s made great things happen. Working together is what makes accomplishing amazing things possible. Work, Learning, and Enjoyment are three things to think about.

Work is something you probably have to do. Most people have to do it nearly every day.

So really, if you can make all three of those things happen simultaneously, then consider yourself lucky.

Another day, another couple of links to interesting projects…. projects that are interesting not just because they were executed well, and created something worth seeing, but interesting because once again the people behind them claim that they did it for “zero dollars” or “300 dollars” or some other number that is ridiculously low.

Another project (again, a film) said it was done with “zero budget” which I guess means the experience of the people involved was worthless, and the $10,000 worth of equipment they used was just sort of magically handed to them, and anyone could have it.

If your band wants to shoot an epic music video for free, and you manage to get your friends with the experience and the equipment to donate their time, and the results are amazing, that’s cool… I’m all for it. Just don’t devalue the efforts of all involved by saying it was done for $0.00

But wait, don’t I do the same thing? I mean, I shot like 50 free portraits at BarCampMilwaukee4. I could say it cost me NOTHING but in all honesty, Sam Dodge and I spent a few hours doing the shooting, and I spent many more hours editing and posting the photos, and I had to buy my equipment in order to even take photos (as did Sam) and I had to put in hours to learn how to shoot portraits… Don’t get me wrong, many things can be done for low-costs, but to assume it costs nothing seems silly.

If you look at a project like Help-Portrait, it’s about giving back, from people who are skilled, and have the equipment, and want to help others. It’s only made possible by the fact that people are willing to donate their time (which has some value) and that people have the needed equipment/supplies/etc. (which was probably paid for from some other paying job.)

If it’s a labor of love, and a project you want to do, by all means do it, do it well, do it great, and talk about it. I just have an issue with people telling other people it cost them “nothing” to create something. I’m working on a film and while I’m doing it for very little cost, and even though I’m borrowing a lot of the equipment, there’s still consumables like gasoline, and tapes, and paper, and ink, and things like hard drives and software, and web hosting, and there’s the many, many, many hours I’ve spent (and will spend) shooting, and editing, and eventually promoting it.

There’s an old saying that comes to mind: It’s only free if your time has no value.