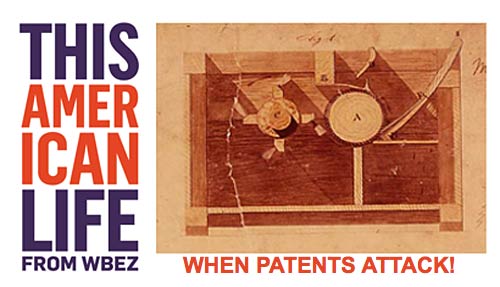 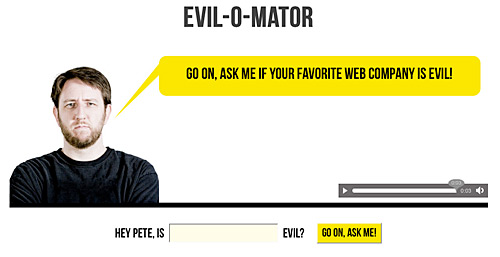 I unveiled the Evil-O-Mator during the September 2010 Web414 “Mystery Show!” It will tell you if your favorite web company is evil.

I built the Evil-O-Mator because I needed a small project to play around with HTML5 and also because I couldn’t sleep one night. (And also because we had nothing planned for Web414 and I figured this could chew up a good 5 minutes of time…)

So go on, ask me about evil, and when you’re done, think about how you can contribute to Web414. Thank you, and good night.