When I heard about CheerLights I thought it would be a fun holiday project, so I re-purposed the code I used for my ShiftBrite Light Organ to work as a CheerLight. (Take a look at this ShiftBrite post to see how we connect it to an Arduino. It’s just 6 wires. No soldering required!)

The CheerLights project is powered by ThingSpeak, which makes it easy to use Twitter as a control mechanism for the Internet of Things.

All the code for my CheerLight is on GitHub. There’s a sketch you need to load onto an Arduino, and a Perl script that runs on a computer that controls the CheerLight.

After a bit of code-wrangling I had to build some sort of physical thing for the Arduino and ShiftBrite to live in. (It’s not pretty, but it works.) 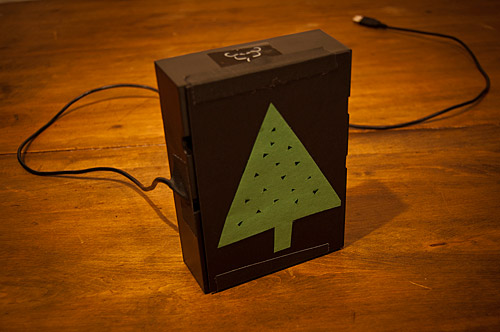 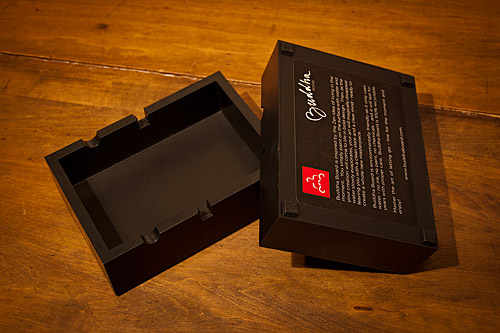 For a project box I ended up using a water container from a Budda Board, as we have a bunch of them left over from a project we did at work. 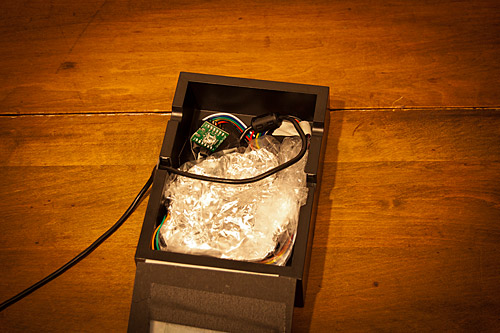 The front of the CheerLight is just a piece of black matte board held on with black gaff tape. Once we remove it, you can see the internals. And, uh, there’s a piece of aluminum foil inside a plastic bag. This is our “reflector” for the ShiftBrite. The USB cable runs out the side where there is a notch in the box, and yes, there’s more gaff tape holding things together. 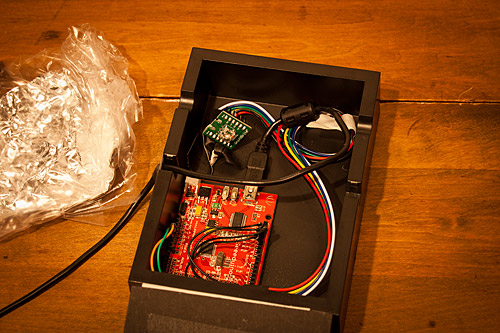 Inside the box is a Seeeduino, a ShiftBrite, and a connector cable. (Note that I’m using a version 1 ShiftBrite, but version 2 appears to be even better, especially with the mounting holes.) 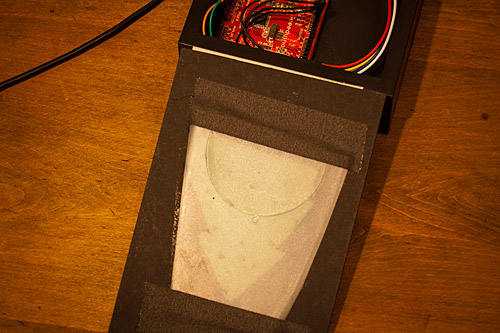 The black matte board has a hole cut in it, and while the front has a simple tree I cut from green construction paper (including small triangular holes for the ornaments) the back of the hole is covered with a piece of plastic cut from a one gallon milk jug. (Recycle!) 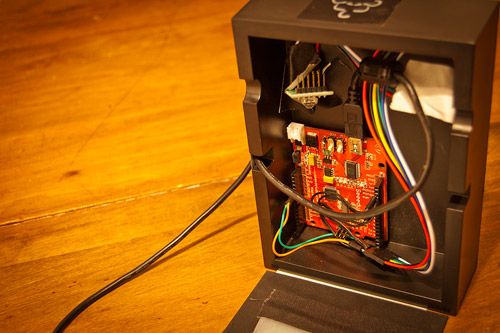 Here’s our box standing up, with the lid down. For a good 30 minutes of hacking, it’s not too bad. If had found the time, I would have loved to have gone to Milwaukee Makerspace to use the Laser Cutter to make a nice box, painted it up proper, installed a laser etched acrylic front, and… well, you get the idea. Sometimes though it’s all about just hacking it together as quickly as possible. (I’m still not 100% happy with a few of the colors that the ShiftBrite outputs, but I can tweak that over time.) 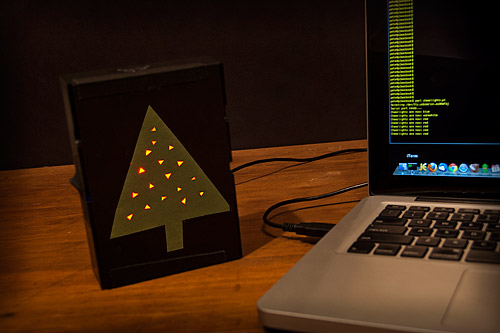 And finally, our completed CheerLight, controlled by tweets from around the world, just like all the other CheerLights. :)